BACK TO ALL NEWS
Currently reading: Head for the hills: hillclimbing in a Vauxhall Corsa GSi
UP NEXT
Kimera Evo37 given special livery to open 90th Monte-Carlo Rally

Head for the hills: hillclimbing in a Vauxhall Corsa GSi

Hillclimbing was once a stern test of a vehicle, but for new cars such as the Vauxhall Corsa GSi it is a breeze, as we discover on a drive to three hills with history
Open gallery
Close
News
by Dan Prosser
7 mins read
Share

The Vauxhall Corsa GSi drags itself up Star and Garter Hill in south-west London without breaking sweat.

With 162lb ft to call on, you can approach the bottom of the incline in fourth gear, apply a brief stab of throttle, shift into fifth and the car will merrily ascend to the top of the hill 325 yards further along. Well, of course it will. You will not be at all surprised to learn that a modern hatchback has no trouble whatsoever scaling a moderate slope on the fringes of Richmond Park.

But had Charles Stewart Rolls been present to witness this confidently yellow hatchback scamper up Star and Garter Hill as though it was no hill at all, he would have been astonished. For it was Rolls – several years before he started an engineering firm with business partner Henry Royce – who once drove a Panhard et Levassor 6hp from the bottom of Star and Garter Hill to the top, then back down to the bottom again, at an average of 8.75mph. It was a speed so breathtaking that Rolls was sent home with a trophy marked ‘winner’. That was 119 years ago; things have rather changed since then.

In the very early days of the motor car, when horsepower outputs were yet to reach double figures and Henry Ford’s pioneering assembly line was not much more than a vague idea in a bright man’s mind, hillclimbing was very different to the adrenaline-soaked sport we think of today. It was on these often very short inclines that car makers set out to demonstrate the climbing ability of their vehicles. It was aregarded as the ultimate test of a powered machine. If a car could inch its way up this slope or that one, it was clearly a very capable vehicle indeed.

The origins of hillclimbing in this country can be traced back to three particular courses, all of which are still in use today as public roads. We’ll be bouncing from one to the next by way of the Corsa GSi, simply because it is new and we are keen to try it out. 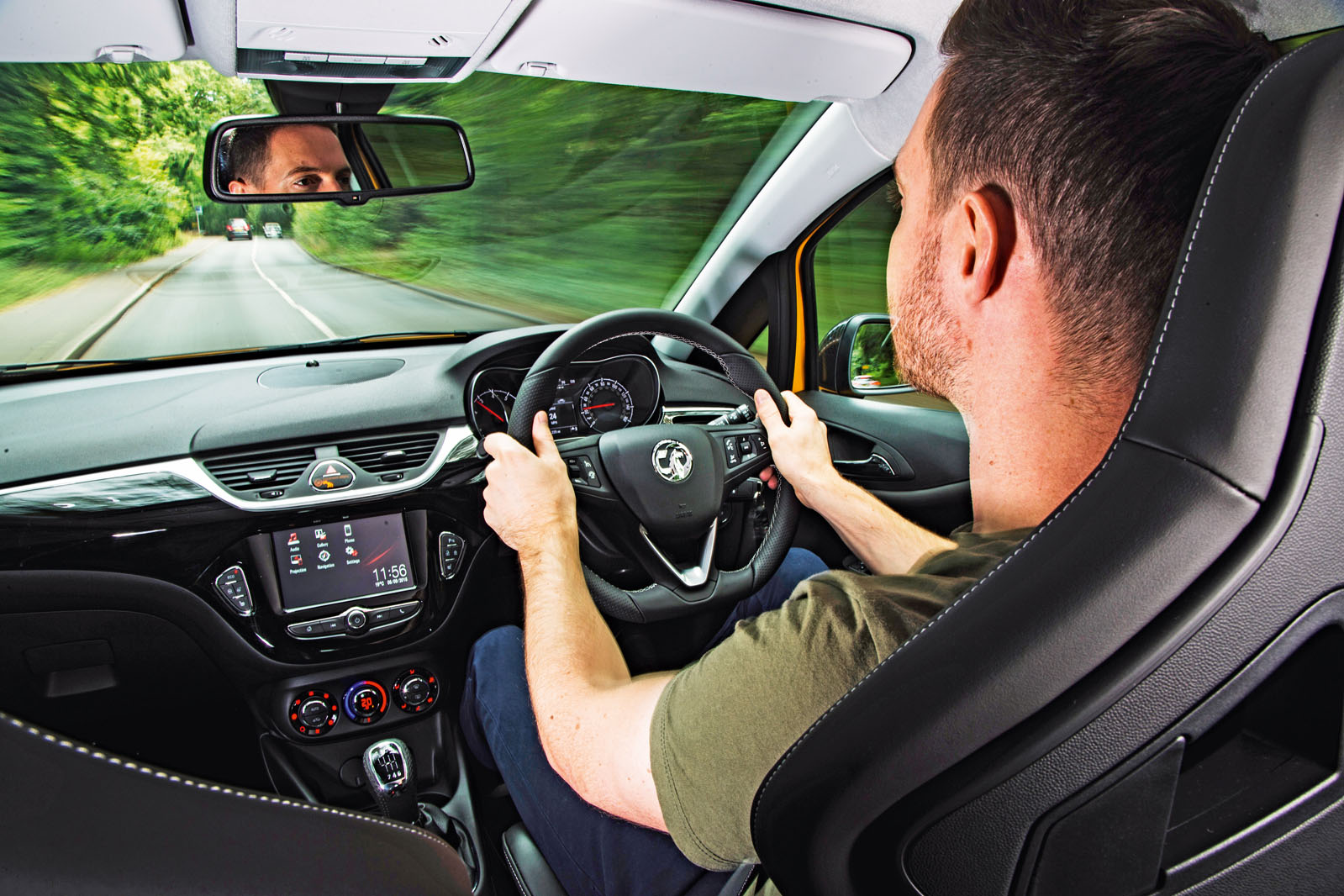 But hang on: doesn’t Vauxhall already have a performance brand in VXR? It did, but if you walk into a dealership today and enquire about buying one, you’ll be offered a sincere apology. The entire VXR range was killed off last year, apparently due to emissions legislation, although Vauxhall promises the badge will eventually make a comeback in some more fuel-efficient form.

You can still buy a fast Vauxhall, though. Earlier this year, the Luton marque revived its once-famous GSi moniker as a sub-VXR performance brand. The Insignia GSi was launched at the start of the year and now it is the turn of the little hatchback. It would be best not to think of the resulting Corsa GSi as a direct replacement for the departed Corsa VXR, not least because the new model is less powerful to the tune of 57bhp. If the full-fat Corsa VXR was still in production, this GSi version would be the sugar-free alternative.

The first of our three hillclimb courses is that short burst up Star and Garter Hill. Back in 1899, when the competition was first held and Rolls became its inaugural champion, the course started outside The Dysart public house, which is still there now.

It carried on up the hill, sweeping to the left halfway along and reaching its summit a few moments later. At its peak is a very grand building that is now apartments, but before that was a place where sick and injured servicemen would convalesce. In 1899, though, Rolls and his fellow competitors would have ended up outside of the Star and Garter Hotel, a different but similarly grand building that was later demolished. The hillclimb course actually turned around on itself at that point and carried on down to the Dysart.

It’s staggering to think there was ever a time that a motor vehicle would struggle to climb to the top of the hill, so effortlessly does the Corsa GSi manage it today. Its 1.4-litre engine is down on power compared with some other junior hot hatches’ powerplants, but as long as you have 4000rpm on the dial it has plenty of pull. A pity, though, that is it a touch short on character.

This car’s most notable weakness, however, is its almost unbearably stiff ride. Hot Corsas have always been jiggly and bouncy, and this GSi is no exception. The problem is, it also happens to be firmer and more uncomfortable than any Corsa VXR you care to mention. That does at least mean the GSi is a hoot to punt along a B-road, the sort that we stumble upon in Buckinghamshire on our way to the second of our three hillclimbs.

On Michelin Pilot Sport 4 rubber, the Vauxhall has masses of grip and agility. The very busy ride becomes less of an issue when you’re really cracking on and you get wrapped up in the car’s sense of fun. Within a few miles, you even grow accustomed to its very quick steering response. 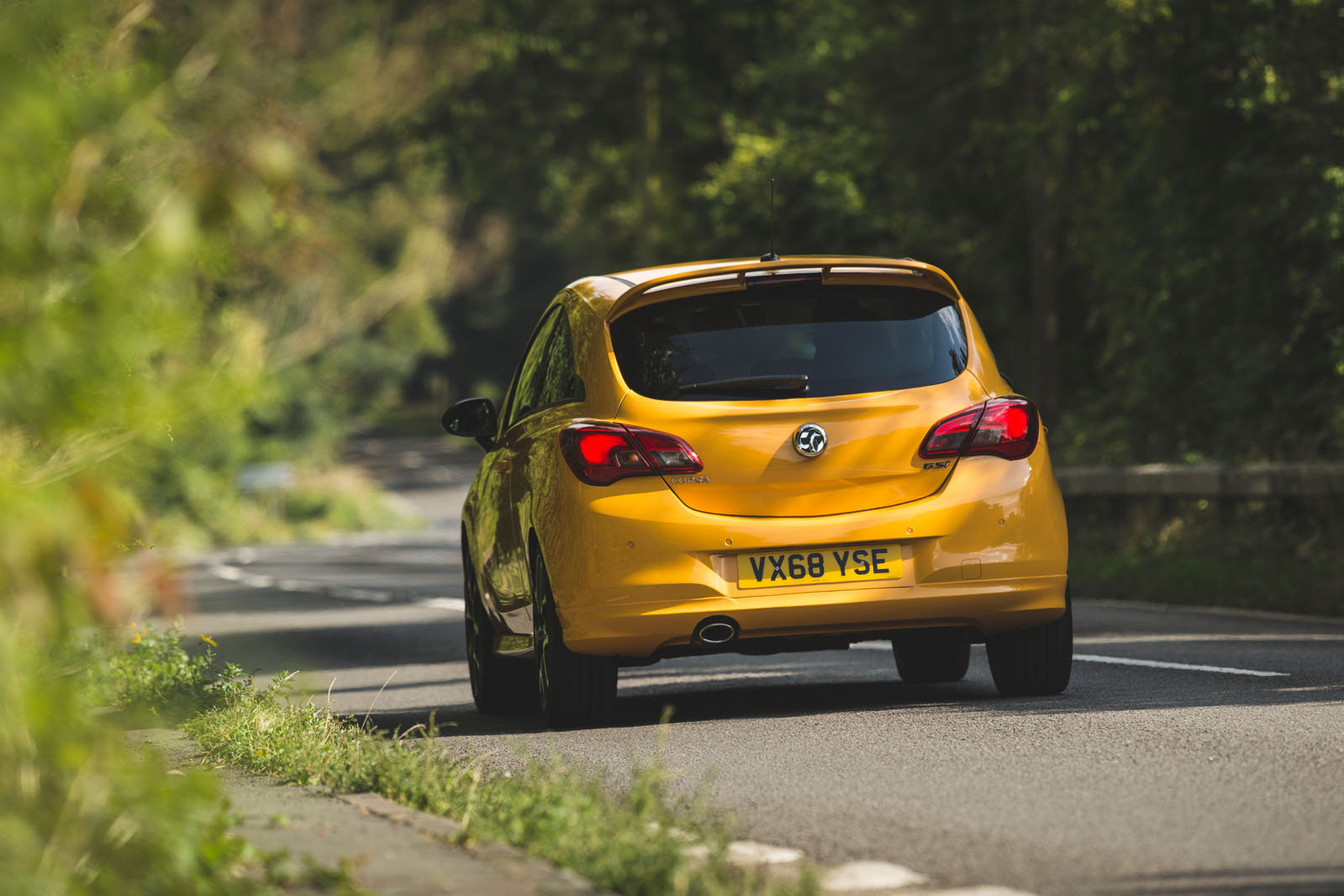 Dashwood Hill near High Wycombe was first used as a motorsport venue in 1899, only a few months after Star and Garter Hill hosted its maiden event. From a starting point on today’s A40 outside the Dashwood Arms, it flicks right onto a narrow lane, now with a thick canopy of trees hanging over most of its length. Much like Star and Garter Hill, Dashwood isn’t especially steep, but it does seem to go on and on. John Scott Montagu – later Second Baron Montagu of Beaulieu – was the first winner here in a Daimler.

The last of our hillclimb courses is 92 miles away in Halesowen and it is on the M40 on the way there that I decide for good that the Corsa GSi’s ride is too firm. Even at motorway speeds, it never really settles. There is fun to be had in the GSi on the right road, but it is no more enjoyable to drive than the similarly powerful Suzuki Swift Sport and not in the same league as the brilliant Ford Fiesta ST with which it shares an £18,995 asking price.

At Halesowen we first find an Aldi supermarket, then a large roundabout and immediately after that a dual carriageway that disappears up the persistently steep Mucklow Hill. At a mile long, it is easily the longest of our three courses. It passes a Wickes, a Kwik Fit and several other out-of-town British staples, but in 1900 it would have been a lonely road that scaled a remote hillside. Early in that year, an unnamed driver wrestled a Mors from the bottom to the top in 9min 25.4sec. The Corsa GSi doesn’t even need a tenth of that time to scale the hill, although those competitors 118 years ago did face the challenge of the hillside being covered in snow.

On the subject of uphill struggles, the one facing the Corsa GSi is quite steep. Although it is fun on the right road, it lacks the performance, dynamic polish and breadth of ability to come out on top of its class. 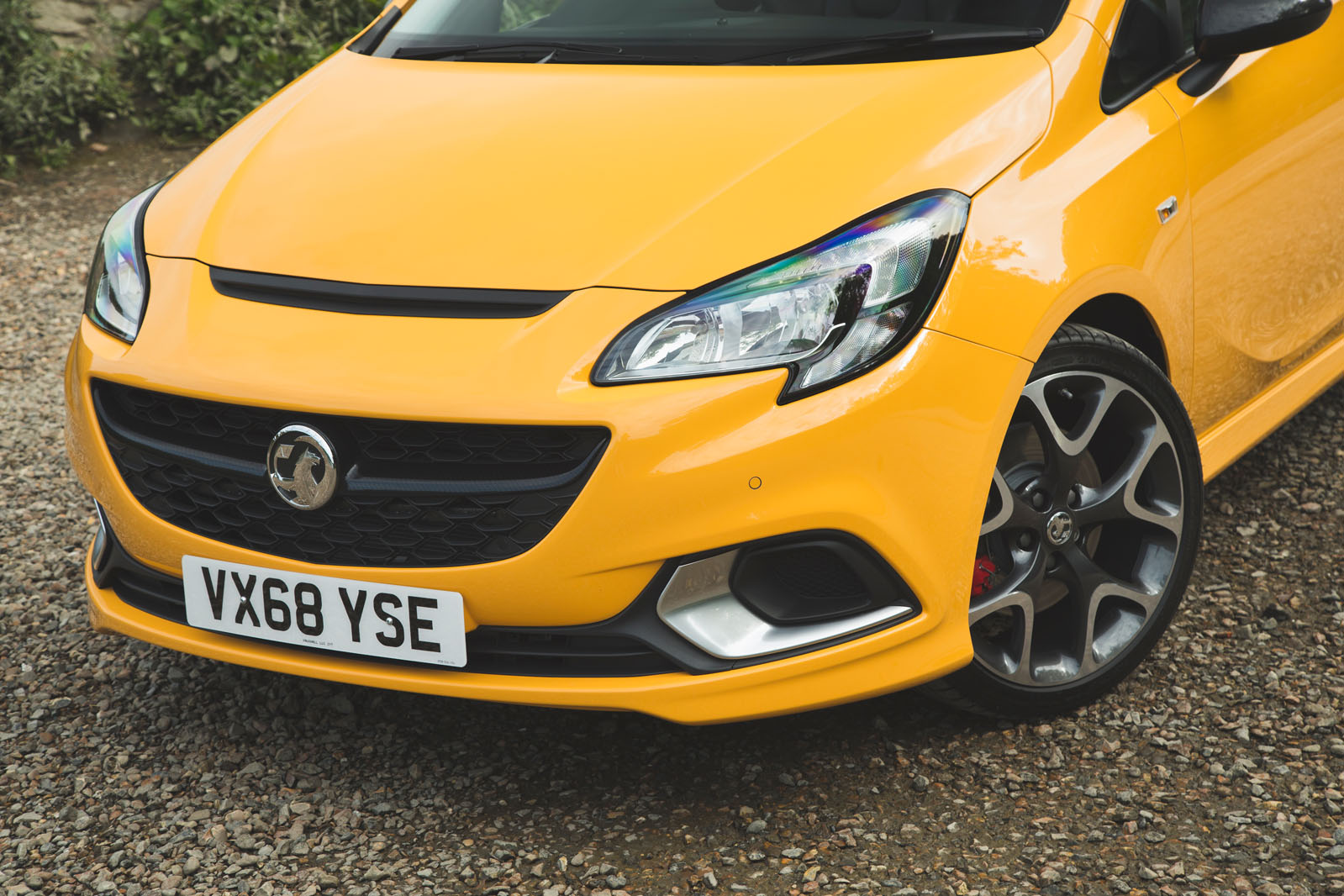 The hills are alive:

When it comes to hillclimbing, as is often the case with motorsport, the French got there first. The first recognised hillclimb was held in Chanteloup, 20 miles outside Paris, in November 1898 on a 1.2-mile course with a 1 in 20 gradient.

It was a tough test for automobiles of the day: 47 of the 54 cars completed the course, a percentage that “must be looked upon as entirely satisfactory”, according to The Autocar’s report, which added: “What would have been the percentage a twelvemonth ago?” Notably, the fastest time was set by Camille Jenatzy in an electric car.

The following June, the Automobile Club of Great Britain and Ireland staged a motoring exhibition in Old Deer Park, Richmond, featuring a series of competitions, including horse versus car races (spoiler alert: the horses won). Ahead of the event, there was some confusion over its location between the flat Old Deer Park and the far more hilly Richmond Park, prompting The Autocar to print a clarification, station: “The grades there to be found would prove a grand testing field.” Richmond Park’s testing grades also made it an ideal choice to stage an event similar to Chanteloup. So on 9 June, as a precursor to the exhibition, the first hillclimb in Britain was staged on Petersham Hill, which runs alongside the park.

Unlike modern hillclimbs, the course ran up and then back down the hill – and it was the descent that proved tougher, the gradient a real challenge for contemporary brakes on heavy automobiles. That gave the advantage to lighter machines. So although Charles Stewart Rolls piloted the fastest car, the fastest time of the day was set by a competitor on a Barriere Tricycle. Another competitive time was set by a Leitner dogcart.

This Cars needs replacing, used to be the weapon of choice, fast, agile, now, you don’t look twice a one.

This Cars needs replacing, used to be the weapon of choice, fast, agile, now, you don’t look twice a one.

What ICE items do you have in your garage?.

FMS@, As has been said in other Mags, calling this a Gsi doesn’t make it fast, agile like a warm version of the VXR, the current shape looks dated at the moment, Brands like Skoda, Seat and VW have much more exciting products that handle and are faster and not a lot more to buy either, that’s why I said it needs replacing,surely you can see where I’m coming from?