BACK TO ALL NEWS
Currently reading: Carbon Lighter: under the skin of the BAC Mono R
UP NEXT
Toyota bZ4X deliveries still on hold after wheel detachment concerns

Carbon Lighter: under the skin of the BAC Mono R

Making a lightweight supercar even lighter is challenging, but never more so than when the existing version already weighs only 580kg.

The weight of BAC’s 340bhp Mono R, unveiled at the Goodwood Festival of Speed in July, has been pared back by a further 25kg to a mere 555kg. The weight reduction has been achieved mainly by the addition of graphene to the resin used in the carbonfibre-reinforced plastic (CFRP) structures of the Mono R. The Mono R’s body panels are all made from carbonfibre containing graphene, a world first for a production car.

Work started with a proof of concept project, part funded by the Advanced Propulsion Centre UK via the Niche Vehicle Network (NVN), in conjunction with advanced composite specialists Haydale and Pentaxia. That was in 2016, then last year the NVN provided further funding to take the project to production readiness. By introducing exactly the right amount of graphene into the resin, the amount of carbonfibre can be reduced, in turn cutting weight and cost, increasing toughness and improving thermal properties. BAC acted as a technological test bed – and the Mono R was born.

Neill Briggs, director of product development at BAC, explains: “Graphene is a 2D molecular structure made by breaking graphite down to a single molecular layer. You can add several layers together, so you can think of it as an A4 ring binder full of sheets of paper, except you need an electron microscope to see it. Graphene comes as a powder which is then added to the resin.” 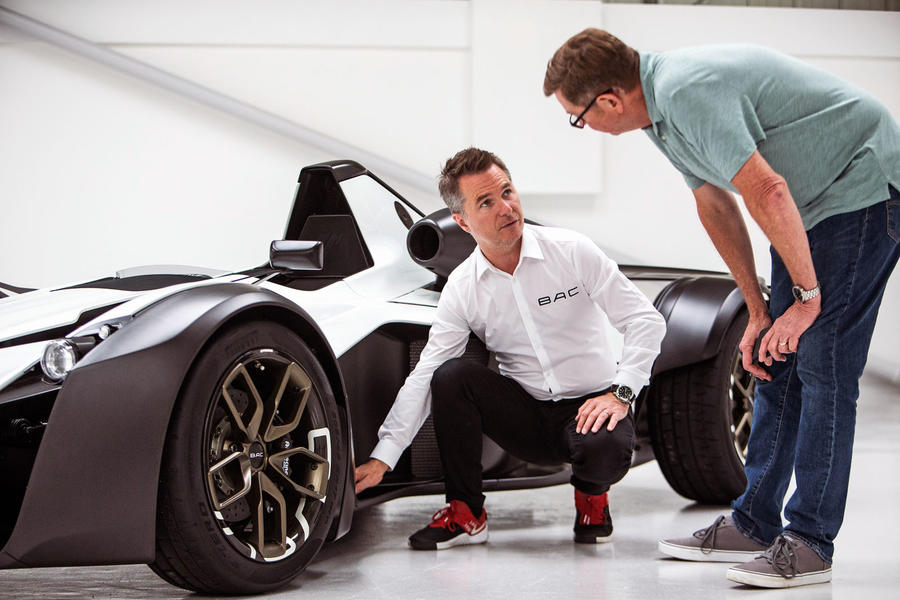 BAC uses ‘pre-preg’ carbonfibre, which consists of carbonfibre cloth impregnated with resin and supplied in rolls, much like clothes fabric. Components are made by cutting the pre-preg into the required patterns, laying it up in a mould and curing in an autoclave. “It’s almost impossible to tell that the graphene is in there in terms of how the material is handled,” says Briggs. “The tactile nature of the pre-preg containing graphene makes it easier to manipulate into the mould because of its additional stickiness.”

The important thing is the difference graphene makes to the finished item. “Graphene enhances the structural properties of the carbonfibre and the resin,” Briggs says. “It increases the strength of the part, so we can use less carbonfibre in the layup of a given panel which needs to withstand, say, a given aerodynamic load, or a body-engineering load, such as people getting in and out of the car.

“Traditionally there are three different layers of carbon in a carbonfibre layup. There’s the face ply – because a lot of our carbon is visual – then you have a bulk ply and another face ply. A lot of our parts are two-sided, like the floor, which curves up round the side, so you don’t just have an ‘A’ and a ‘B’ side, you have two ‘A’ sides.”

The addition of graphene allows BAC to either take a layer of composite out (such as reducing the thickness of the bulk ply) or change the grade of the material while still achieving the structural target but saving weight and cost. 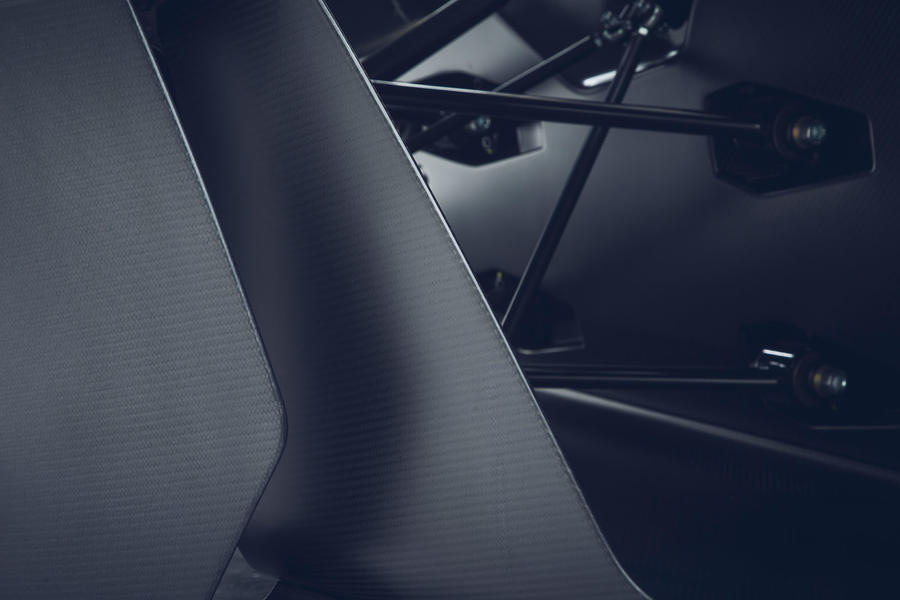 “We targeted four different parts initially because they all presented different challenges,” says Briggs. “First there’s the main body [the painted upper surface], a huge part, so in that respect there was a magnitude challenge. Then we looked at the rear diffuser, which is combined with the rear wheel arches. That gave us a geometric challenge, because it’s a complex part to mould. We also picked the side pod, which is close to the exhaust, so there was a thermal challenge, and also the core panel, which is one of the lower panels, because of the harshness of the environment, stone chipping and so on.”

It became clear early on that 10-20% weight savings would be possible on each component. “This project is of benefit to BAC, of course, but the wider benefit is understanding graphene and what it could do in higher volume in the automotive industry and across the other sectors,” says Briggs.

Graphene is also used in the carbonfibre tooling moulds in which the components are formed. Because it makes the carbonfibre a better conductor of heat, the tool can be heated more quickly and cooled more quickly for curing, reducing the cycle time and saving energy. “If we’re reducing the cycle time and using less material to make the mould and the component, the cost comes down,” explains Briggs. This, together with the shorter running time of the autoclave, adds up to a saving in CO2 emissions – the main point of the original project funding.

The wider implications for all uses of carbonfibre composite are more significant. In this sense, the Mono R is a rolling laboratory for the innovation of lighter, more cost-effective materials.

Briggs is confident that the same technology is now ready to be adopted by the bigger niche car makers should they wish, but could it prompt increased use in mainstream cars? “I see the niche vehicle sector as an absolute catalyst for proving new technology at a proof-of-concept level and then taking it on to production readiness, which is exactly the two steps we have been through in this case,” he says. “I know what we’ve learned from this project and what the suppliers have learned.

They already have major manufacturers as customers, so there’s already a potential customer base. For us, as a first mover in the automotive space, it helps showcase the fact that we are a design- and innovation-led business.” 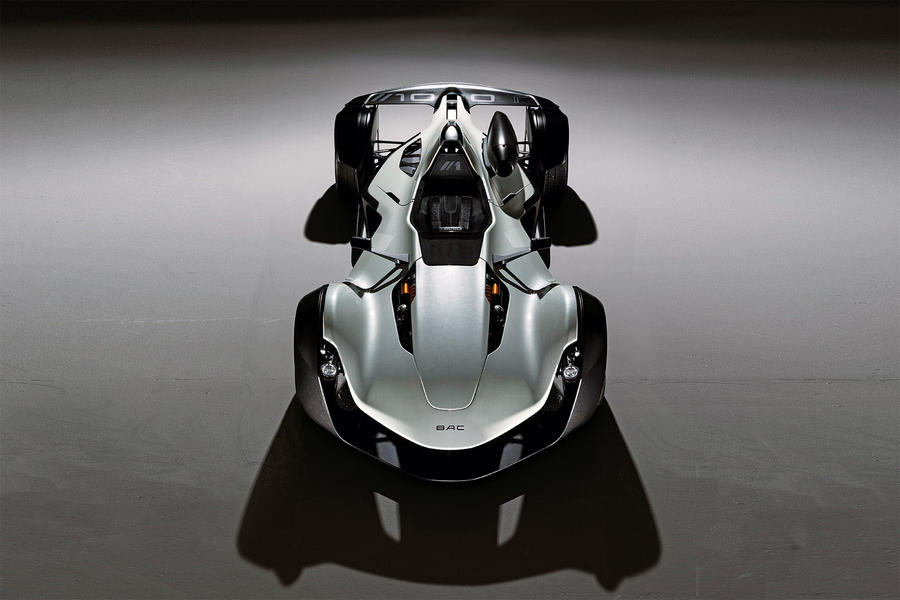 What's Next for BAC?

Once the sold-out limited run of 30 BAC Mono Rs has been delivered to customers, the Briggs Automotive Company plans more of the same. The technology in the Mono R will form the basis of future Monos. BAC won’t reveal any details now, but news is promised “in the not too far distant future”.

Joint founder (with brother Ian) and a confirmed petrolhead, Neill Briggs has many years of experience in automotive engineering, including a period spent working with Richard Parry-Jones on the original Mondeo, being responsible for the unique control-blade rear suspension on the Ford Focus and working on the development of the first Ford Focus RS. BAC was founded by the brothers to innovate, and if the Mono R is anything to go by, the next moves will be worth watching.

Under the skin: what exactly is carbonfibre?

The story behind the perfect carbonfibre finish

to these smaller automotive companies that push the barriers - and based in Liverpool!

When will it filter down to mainstream cars though?, what would the costs be to do that?