BACK TO ALL NEWS
Currently reading: Behind the scenes of the booming car wash industry
UP NEXT
First drive: 2021 Vauxhall Astra prototype review

Behind the scenes of the booming car wash industry

We look at this growing industry where, amid the respected firms, there's plenty of shady outfits involved in modern-day slavery
Share
Open gallery
Close
Share story

There are around 19,000 unregulated car wash sites in the UK, some involved in modern-day slavery where undocumented migrants work 12-hour days for as little as £25.

In response, an independent not-for-profit organisation has been launched with the aim of bringing together government agencies, car wash companies, workers, charities and the public to, in its words, “shape a car wash industry that will be fair and safe for all”.

Called the Sandu Foundation, it has been created in memory of Sandu Laurentiu-Sava, a Romanian car wash worker who, in 2015, was electrocuted while taking a shower at his home in Bethnal Green, east London. The electrical supply for his makeshift lodgings, attached to the car wash site, was wired to bypass the electricity meter. The accommodation was provided by Sandu’s boss, Shaip Nimani. At the Old Bailey in January 2017, Nimani pleaded guilty to manslaughter by gross negligence and was jailed for four years. 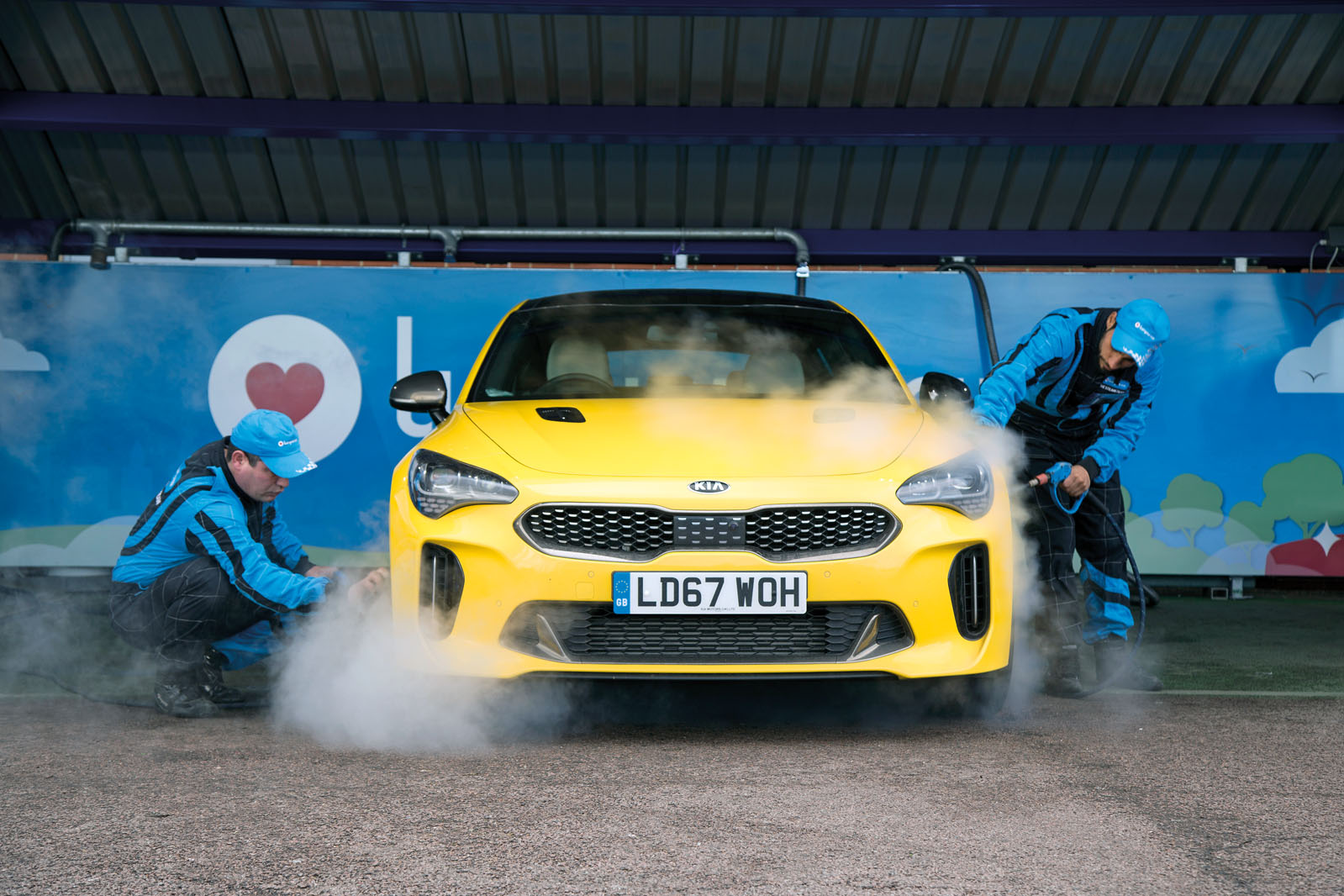 The foundation created in Sandu’s memory is the brainchild of the Car Wash Advisory Service. It aims to promote best operating practices, in particular that employees are paid a fair wage and taxed appropriately, and that businesses operate legally and responsibly. Car washes that meet its standards are awarded its Washmark seal of approval.

“Things are still as bad if not worse out there,” says Dawn Frazer, managing director of CWAS. “People who work in many hand car washes are really suffering. We want to ensure they are treated fairly. The public can help by reporting their suspicions to the police.”

There are certainly car washes in my area that I suspect aren’t bastions of employee rights. I encountered some for this story, when I was either blanked by groups of uncomprehending cleaners or simply told to leave. I began to wonder if there might be a decent car wash an honest operator could aspire to... 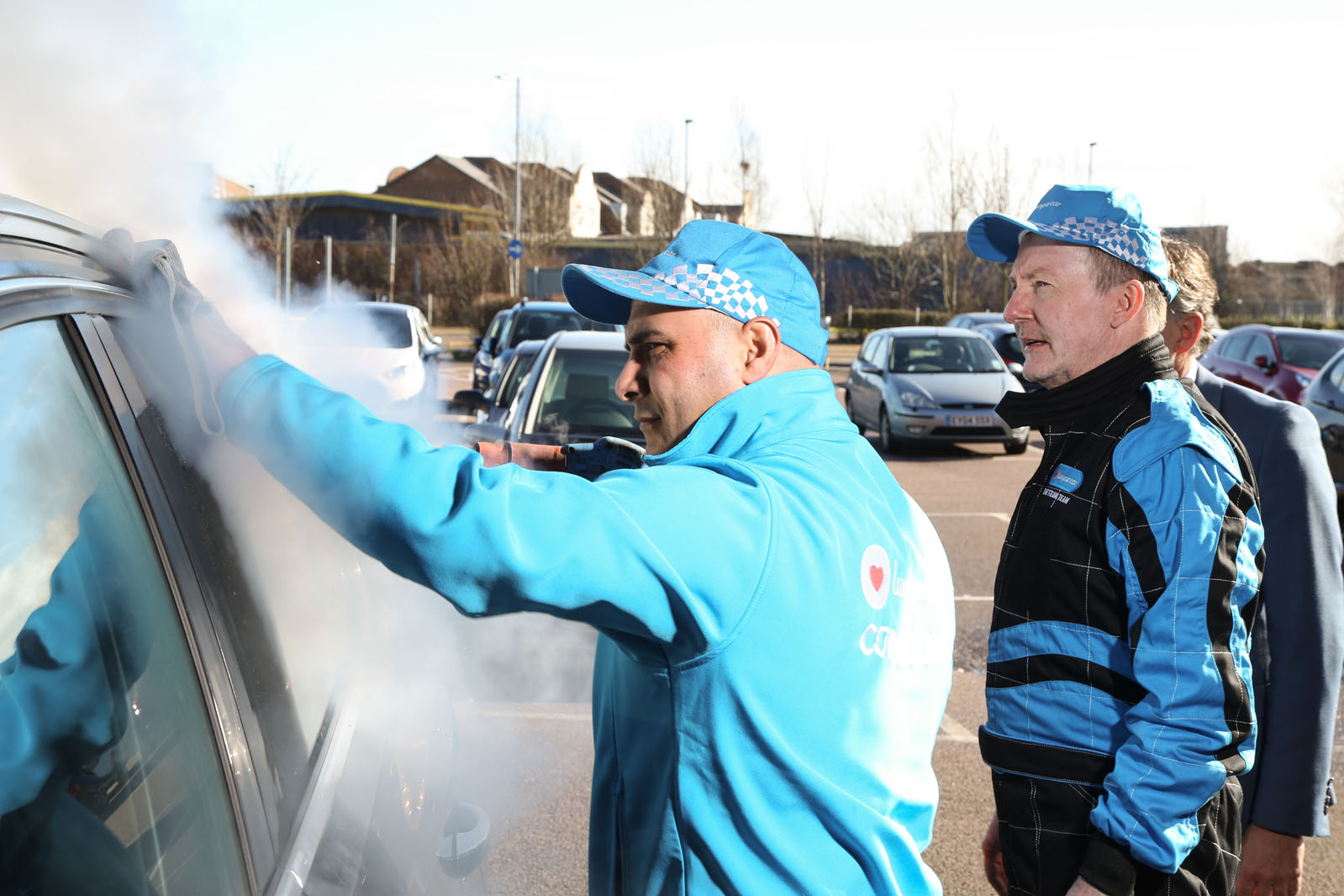 I stumbled across Luv Your Car via the internet. It’s on Canvey Island, a place, incidentally, whose civic leaders, inspired by Catalonia’s bid for independence, are seeking autonomy from Castle Point Borough Council on the Essex mainland. They’re an independent bunch, those Canvey Islanders – as is Rick Plowman, founder and boss of Luv Your Car, a steam car wash.

“Best in class is not good enough. World class is where we want to be,” Plowman tells me when I visit. (He also says things like “you could copy this but it would lack the ‘us’ power”, “the key to retail is detail” and “most people in business are dead from the neck up”.)

However, the most interesting thing he says is: “We put compliance at the forefront of our business. We take all reasonable steps to ensure our staff’s documents are valid and that they’re clear to work. They all have passports, so I know who I’m employing. They’re paid above the minimum wage and taxed on PAYE, which is why, later this month, they will be moving into their own, good- quality rented accommodation not related to this business.” 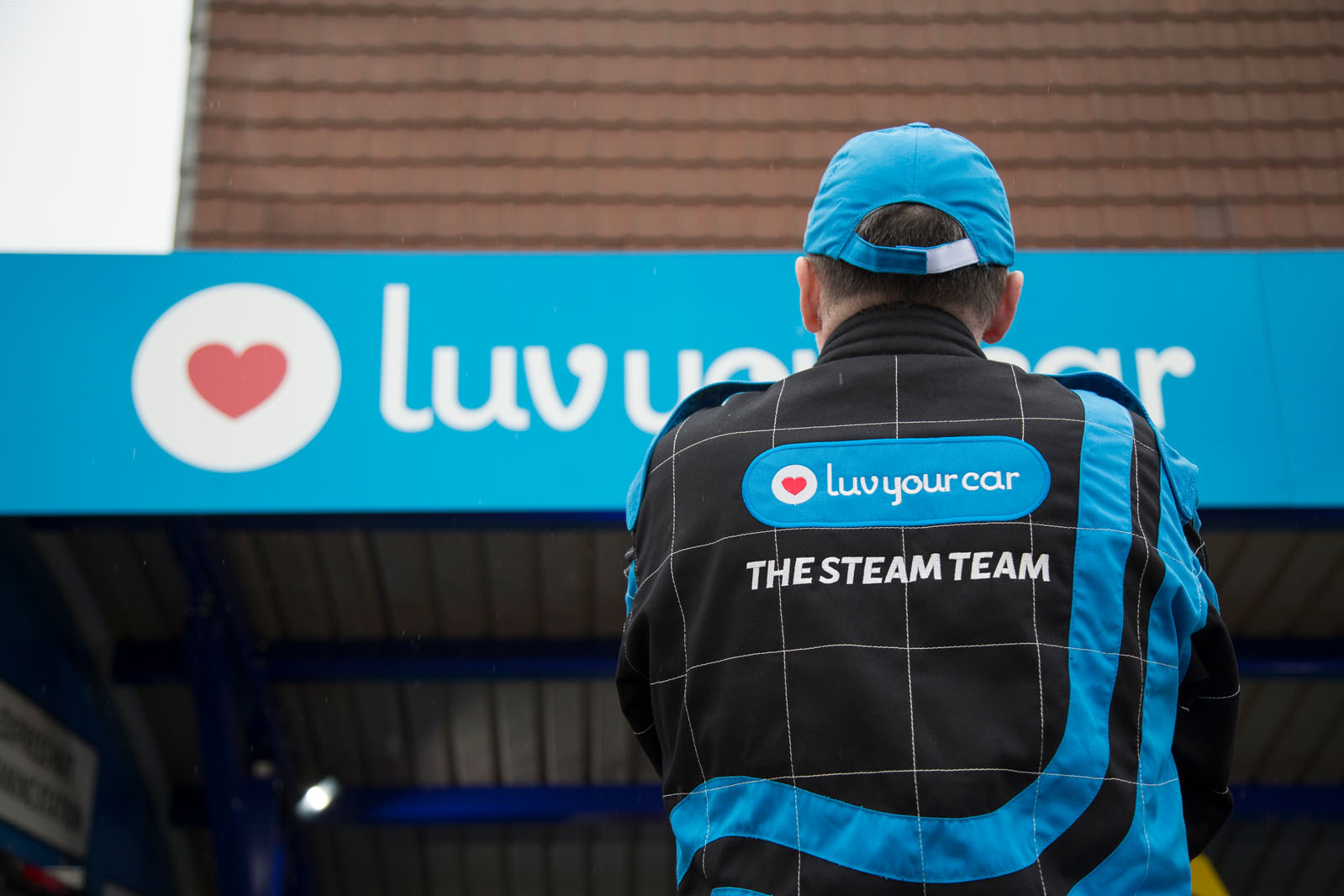 So that’s his workers’ welfare taken care of. As for their working conditions, Luv Your Car operates from a clearly branded business unit in the corner of a Sainsbury’s car park. At either end of it are two ‘pods’, or rooms. One is for the cleaners, a place where they can relax and watch TV. The other is the customer reception office. So that all transactions are recorded and accounted for, customers are encouraged to pay by card rather than cash.

While they do their Sainsbury’s shop, any valuables in their car can be locked in one of 20 Luv Your Car safes. Customers take the safe key with them and are texted when their car is ready.

The large, covered cleaning area separating the two pods is clean, tidy and free of waste water. A steam clean uses just two litres of water and takes around 30 minutes. No chemicals are used. Luv Your Car’s cleaners – Mehdi Rostami, Martin Naskov and manager Navid Marzei, each identified by ID badges complete with their photos – use microfibre cloths to wipe down the car rather than a chamois, which can hold grit. 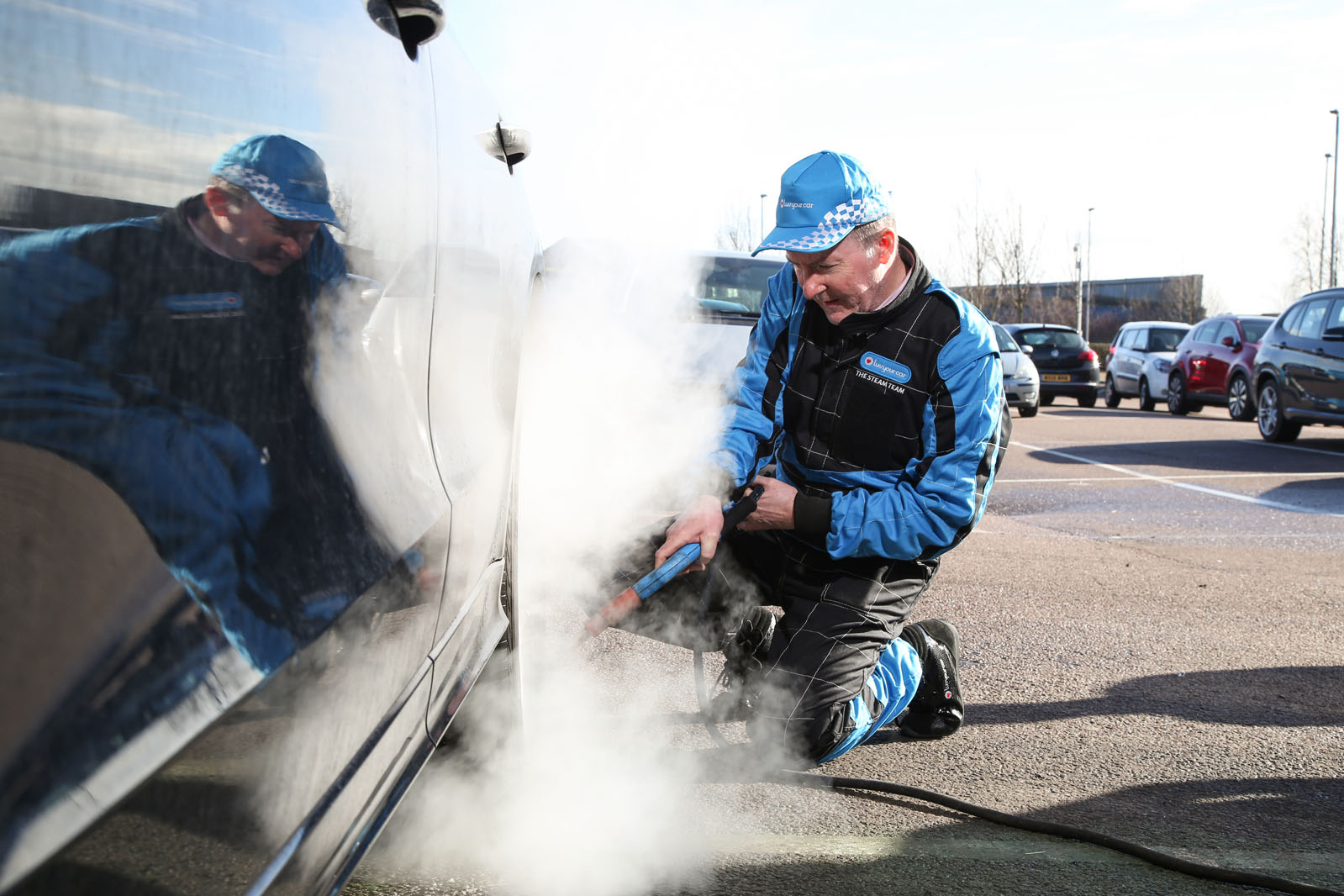 Rather than clambering on the door sills to reach the car’s roof, they stand on a portable platform. Floor mats are clipped to a custom-made rack away from dirt and debris, to be steam cleaned.

It’s all very smart and sophisticated, an impression reinforced by the classical music playing over the Tannoy. During my visit, I hear Vivaldi’s Four Seasons, opera star Plácido Domingo and the soundtrack to Out of Africa, which makes me dream of a land far from Canvey...

I can’t resist having a go with the steam lances. I pop into the staff room and emerge moments later in my Formula 1-style race suit. Navid hands me one of the lances, turns the steam to ‘wet’ and lets me loose on a customer’s Q5.

He says steam is much gentler than a jet wash, which he’s seen lift paint around stone chips, as well as the edges of a colour wrap. It certainly makes light work of the door shuts and alloy wheels. 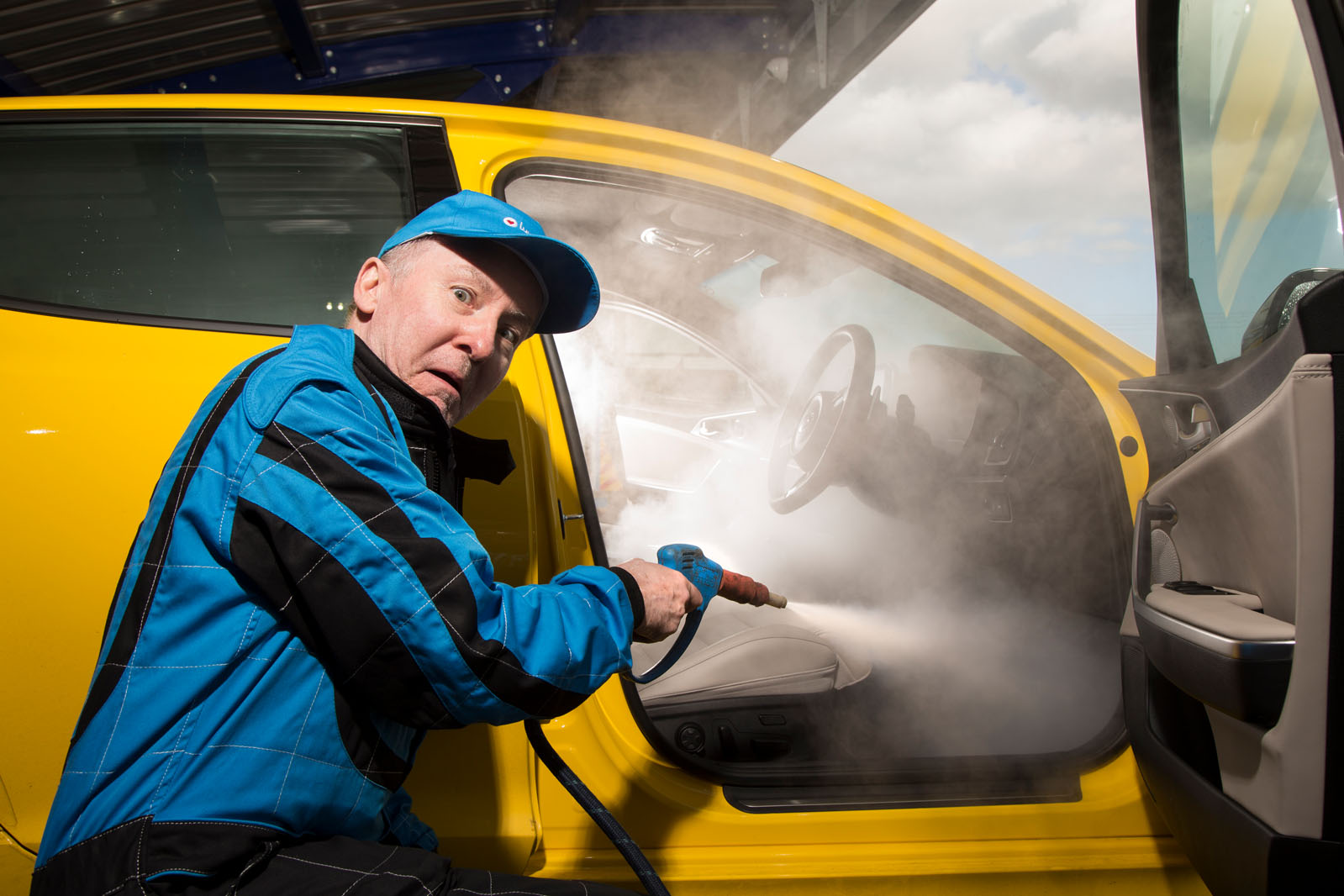 Next, I turn the valve to the dry steam position to do the interior.

It seems wrong to be blasting the Audi’s dashboard and leather seats but they emerge almost dry from the experience and looking like new.

I return the lance to its rack just as customers Peter and Gill return from Sainsbury’s to claim their Q5. It’s their 10th visit to Luv Your Car. “All the local cleaning businesses are a bit slapdash but this one leaves your car spotless and streak-free,” Peter says. “The people are polite and friendly too. We’ll be back!”

Having seen what Luv Your Car can do for his Q5, I may just be back myself with my old motor. While some of my local hand car washes continue to fail their workers and customers, it’s the best excuse I can think of to go to Canvey Island, independent or not. 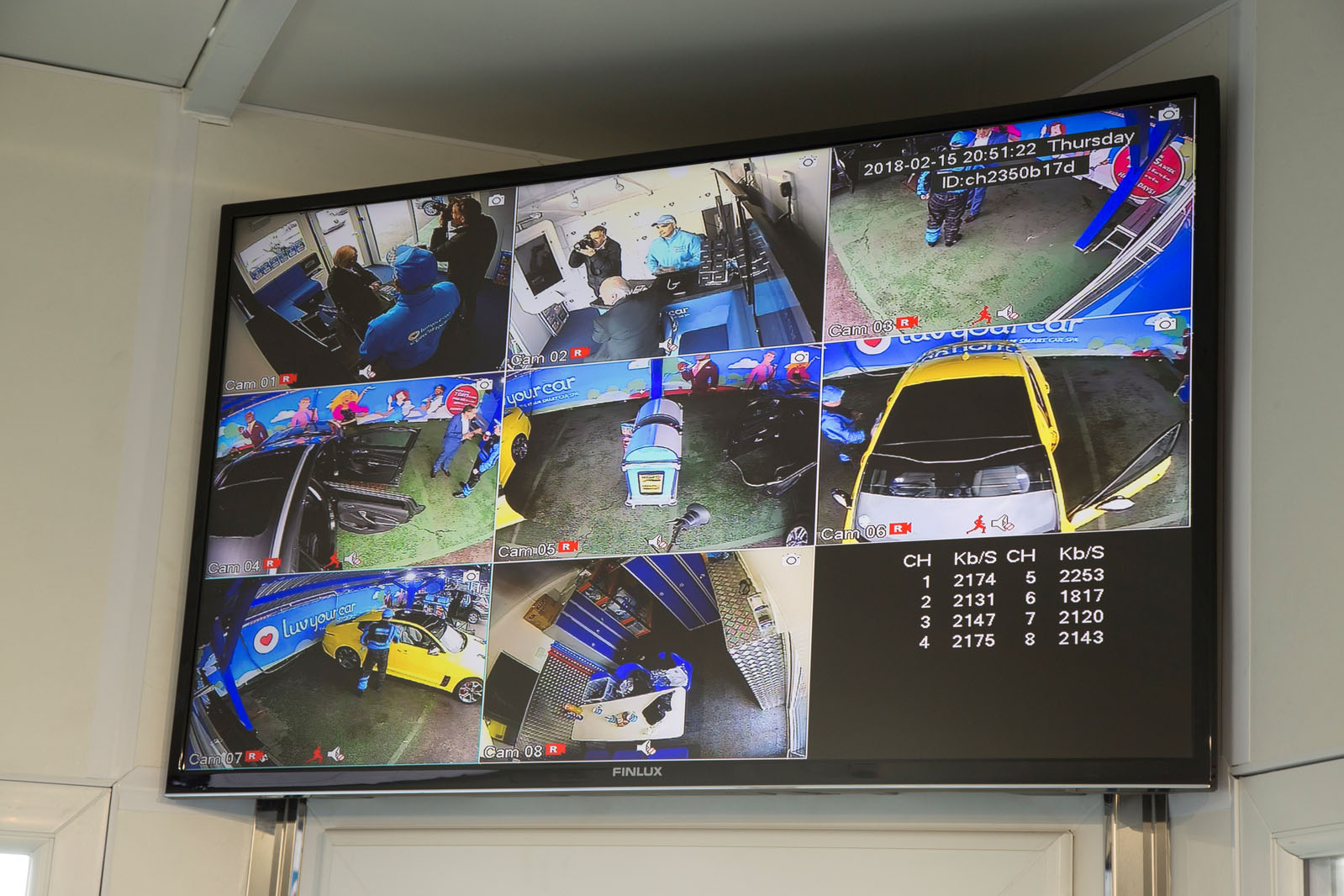 How to spot a rogue car wash:

The office of the Independent Anti-Slavery Commissioner has produced five telltale signs of exploitation at car washes. If you think someone is being exploited, call the police or the Modern Slavery Helpline on 0800 0121 700.

1. Workers are not wearing protective clothing but are dressed in tracksuits or jeans with trainers or flip-flops.

3. Despite the business charging only around £5 for a car wash, there are three or more people washing a single car, meaning workers are unlikely to be on the minimum wage.

4. Staff cannot speak English very well and appear anxious and exhausted. A supervisor is present who is polite to customers but not his staff.

5. Large shipping containers near a lavatory and hanging laundry suggest workers are living on site.

This sorts of articles is

This sorts of articles is unfathomably critical and I have bookmarked of your site since this substance is phenomenally helpful.Wishing you the positive conditions and I acknowledge that next time I will see again this sorts of article.. If you want more details about me you can contact ACT prep classes Thank you

I am so glad to see this and good way of presentation of the topic.Thank you so much.

There is another reason not

There is another reason not to use the 'unregulated' back street places: they do a bad job that will ruin your paintwork! The bucket will be full of road grit that gets rubbed all over the car covering it in fine scratches!! I do mine myself or go to the local detailer for a snow foam and two bucket wash.
View all comments (9)