Having played a key role in its premium revolution, Volvo’s chief designer was given control of an all-new brand – and created something very special
Open gallery
Close

Four years ago, Thomas Ingenlath, the winner of this year’s Sturmey Award for innovation, had no idea that he was about to become CEO of an entirely new kind of car company. He was fully occupied as the highly successful senior vice-president of design at Volvo, responsible for a much-praised improvement in the shape and character of a model line-up that had spurred a recovery in global sales.

Despite the growing success, insiders like Ingenlath were well aware that if Volvo were to remain true to its brand values, there were certain cars that it could never make: bold cars, eccentric cars, performance cars, low-volume luxury cars and Marmite cars.

So, in the latter part of 2016, an idea grew up within Volvo that their time-honoured ‘warm’ brand needed a ‘cool’ associate that could utilise as many existing components and systems as possible to make cars for an entirely different clientele. It soon emerged that one clear way of signifying coolness was to embrace electrification a decade before the rest of Europe’s car makers would be forced to do it. Another was to be far braver with the styling and more driver-centric with the vehicle concepts.

To achieve this, two things were needed: a brand name that would embody the values of the new marque and an inspired, experienced company boss whose own progressive way of thinking and personal cool would clearly show the new company’s direction of travel. 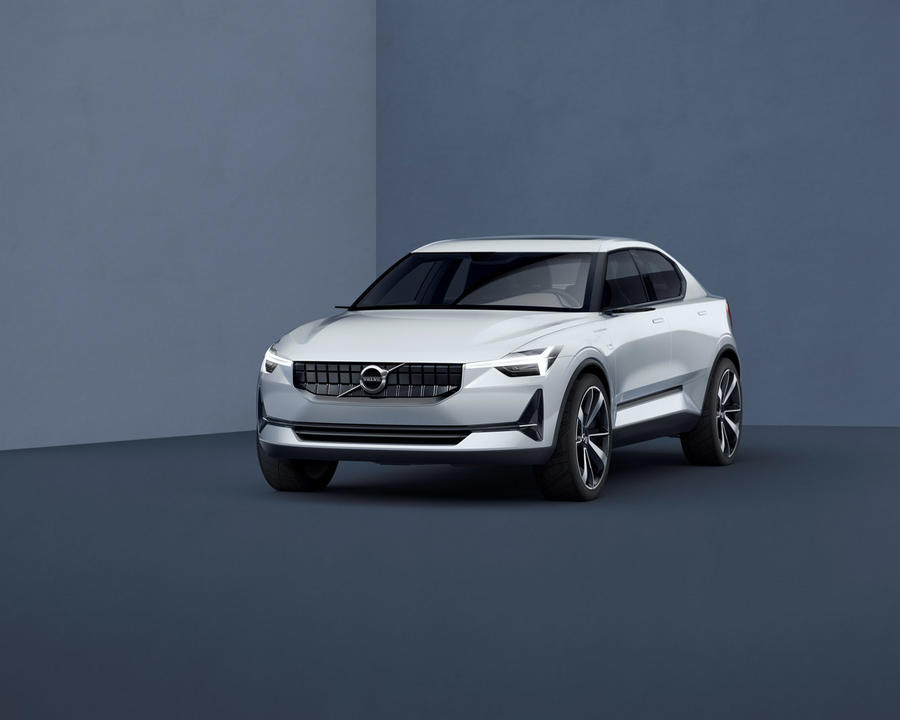 Amazingly, Volvo already had both assets close at hand: the Polestar name that had been used since 1996 for a factory-associated racing team and on hot Volvo road cars; and the powerful personality of Ingenlath, Volvo’s outspoken, energetic and endlessly creative head of design.

Polestar was at first an exploratory project of the kind all car companies have bubbling under the surface. Ingenlath explains: “[Volvo CEO] Håkan Samuelsson and [then R&D chief] Peter Mertens came up with an idea for Polestar that would be an entirely new challenge for us: a kind of electric Aston Martin, positioned well above Volvo among the exclusive luxury models. We worked on it for a couple of months, producing some fairly conservative design proposals and planning a model structure.

“Then one night, Peter rang me with a different idea. He had been looking again at the Concept 40.2 design study that we had produced at Volvo, which people liked, and suggested that it might be better as a Polestar model.”

Ingenlath thought about it for a night, because it would require another big philosophy shift, but he soon embraced the idea. It would mean competing with Porsche’s and Tesla’s EVs and overlapping to some extent with Volvo, but it was still a better direction for the new marque, because it seemed far more relevant to society than the electric Aston Martin idea and offered a much larger potential volume. “You couldn’t call it mainstream,” says Ingenlath, “but it did have a relevance to many more car buyers.”

Ingenlath rapidly became engrossed in all aspects of the new marque. How would its values be communicated? What would its model range be like? How would Polestars relate to the Volvo range? Who would buy them? These were all open questions. “When you’re talking about a new brand,” says Ingenlath, “there’s so much more to the job than just designing the cars. 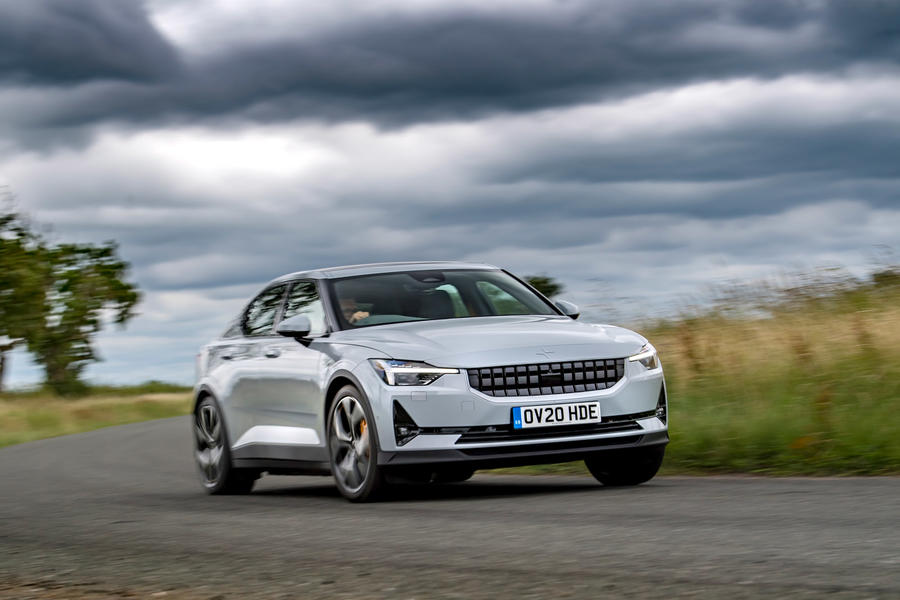 “One day, I was in Håkan’s office and he said to me: ‘Look, Thomas, you’ve been doing what you’re doing for 20 years. Maybe it’s time to challenge yourself, to take full control of this brand.’ He was offering me the chance to become CEO, with all the tools and power that I would need for the job.”

Ingenlath’s new appointment was announced in the middle of 2017, and it seemed right from the beginning. The adoption of the Polestar 2 as Polestar’s pivotal model brought about changes to the 1, the far more exclusive and expensive ‘announcement model’. It lost its chrome and became more progressive in design. Ingenlath’s colour and trim people came up with the idea of a logo in gloss white on a matt white field (now an important Polestar feature), and it worked.

“It took me a few days to realise that they were right,” he admits, “but now I would hate to think of going back. One thing I quickly learned as a CEO is that I had to accelerate the way I adapted to change. The company started growing so fast that even after three months, some of its key procedures just weren’t relevant any more.”

I’m concerned about my next question, because it’s not the kind of thing to which most company bosses would give a straight answer. Nevertheless, I put it to Ingenlath that Polestar appears to have been deliberately built in his own image: cool, modern, stylish, unaggressive, environmentally concerned and respectful of the core values of Scandinavian design. After all, this is why we’re offering Ingenlath our Sturmey Award: because he appears literally to have shaped a new car brand.

Coming after a pause over the choice of words, his answer is a surprise: “I’d say that’s correct. And I’ll tell you why it’s a good thing: it means I don’t have to play a role. I can be completely authentic. In the early years, a new brand needs to be driven with care, passion and love, not only for the car designs but also for the values you use to develop the whole operation. If you can connect those to the leader, that’s a big benefit, especially in the early years. Later, it’s less important. After 70-odd years, nobody needs to be told about Porsche’s brand values: they know them. But in the beginning, it’s important.”

Ingenlath reckons his reputation of “having an opinion on everything” got him the job. Polestar is extremely careful about all design matters, from its logos and letterheads to how it contacts prospective clients by mailshots, by offering access to travelling road test shows and by opening ‘brand centres’ in malls. 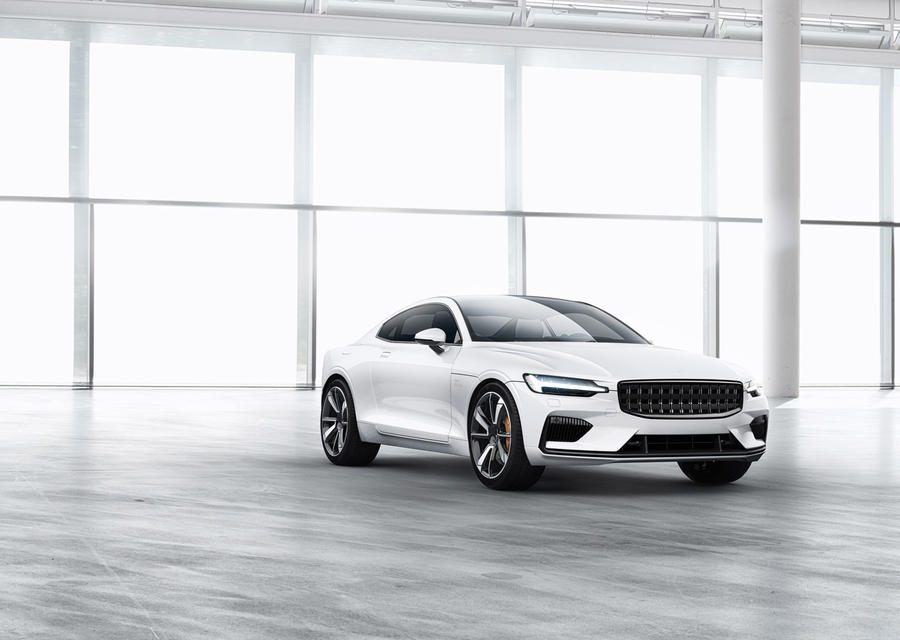 In the UK, it has even encouraged its contacts to donate food to one of footballer Marcus Rashford’s charity drives. “People at Polestar can never be sure I won’t jump into the details of all these things,” Ingenlath grins.

His transition hasn’t been the huge stretch most imagine, says Ingenlath: “People think that chief designers are driven mostly by emotion and inspiration, but actually they need a very good understanding of business, economics and technology to be strong partners in discussions. You have to be well enough informed to win an argument, otherwise you’re not doing your job.”

Still, one of the greatest pleasures he has found in being a CEO, despite all the different responsibilities, is a certain sense of freedom. “I have to say I love it,” he reveals. “To steer the brand and not be driven by what you offered in the past is a pure pleasure that you just don’t have as a designer.

“I remember a few years ago doing a presentation to promote matt wood as a solution at Volvo. Everyone kept saying how great it was. At the end, I thought I had achieved something, but just as I was feeling good about it, someone said: ‘By the way, here in America we will obviously need polished wood.’ People in marketing always think their region is different. But now I rule the world – at least as far as wood finish is concerned.” 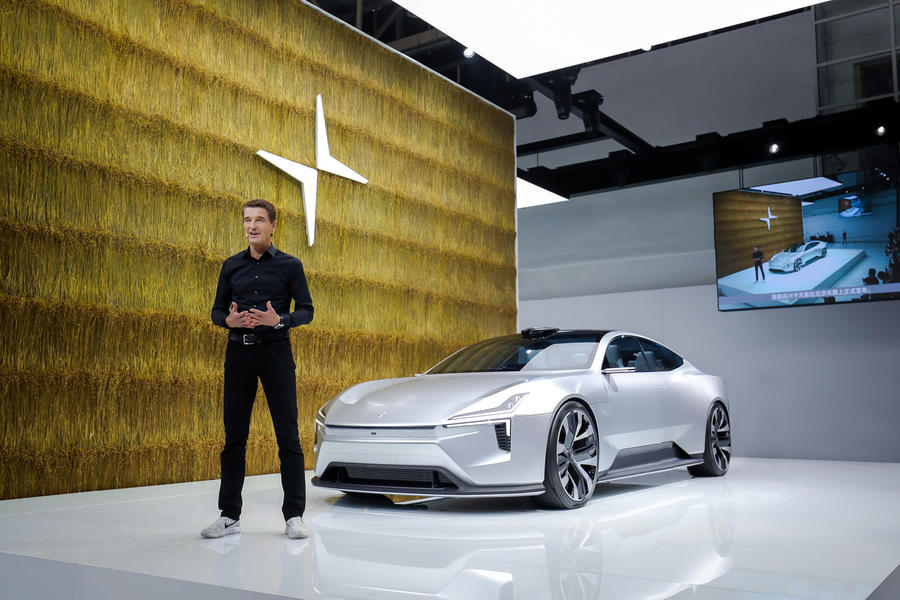 Precept shows the way for Polestar

The Precept luxury saloon, which was planned as a concept for the ill-fated 2020 Geneva motor show and then confirmed for production in September last year, gives a clear sight of Thomas Ingenlath’s ambition for his new marque.

Its exterior is the best expression yet of what Ingenlath describes as Polestar’s guiding design principles: “super-precise geometric shape with a soft, sculptural body”.

The Precept is a pillarless saloon similar in length to the Mercedes-Benz S-Class, with a graceful panoramic roof. This is made longer by the fact that the rear structure, which would normally provide space for a rear window, has been moved rearwards (cameras provide rear vision) yet still allows for a huge rear hatch.

Whereas conventional cars have a radiator grille, the Precept has a ‘smart zone’ with mounts for forward-facing cameras and radar equipment. “It replaces breathing with seeing,” says Ingenlath.

The fascia is dominated by a huge and uncluttered touchscreen that has been designed to minimise distraction, with easy-to-use icons that grow in size as your hand approaches.

Believed to be the fourth model in Polestar’s line-up after an SUV that’s set to launch next year, the Precept is expected to be revealed in production form by 2024.

Why the world needed yet another car brand

“It’s arrogant to suggest that we’ve achieved everything with the brands we already have. And we can’t let other regions – the US and China, principally – be responsible for everything that’s new. We’re certain that it’s possible to build a brand that will have its own space.”

“We should never have the arrogance to suggest we’re the guiding star, only that this is an ideal and an objective. We need to stay humble. It’s a vision,

The positioning of Polestar and Volvo

“We’re not yet positioned as we want to be in the public eye. The Polestar and Volvo brands are too close. That’s why we brought out the Polestar Precept concept: so that people would understand where we want to be in a few years. For now, it’s right to be seen as a child of Volvo, because that trust is worth a lot.”

“History proves this can work perfectly well. In the past, we had Saab and Volvo: two very Swedish brands that were quite different. This can work again.”

“The chassis of the Polestar 2 wouldn’t be acceptable for a Volvo, because the way it goes over a speed bump, the kids in the back would feel it too much. I bank on that leading to a natural separation.”

“You need to be fast. Nobody gives you 20 years any more. Change is coming so fast. I think in the next five years, you really have to get your act together, otherwise you will be too late for the party.”

“We can’t survive as a niche company; we need a certain volume to be sustainable. We want to be above 100,000 cars per year and to grow beyond that. But will we be on the volume trip that Tesla is following? I don’t see it. We want to be a premium marque, not striving to beat Volkswagen.”

“It’s not all happening in China: look at what has been launched in Europe over the past 12 months. I believe – and I say this with pride – that Europe still has a good chance of being the leader in electrification. The race isn’t over.”

“They’re involved, they have opinions and they will hold us responsible if we do the wrong stuff. But their role is largely to be supportive. Of course, Li Shufu [Geely’s founder and owner] is heavily supportive of Polestar’s progress, but he and his team are smart enough to know that running the company is our job.”