BACK TO ALL NEWS
Currently reading: Xpeng P5 saloon previewed ahead of Shanghai debut
UP NEXT
Sorry, wrong number: the forgotten problem of car clocking

Xpeng has previewed its third production car ahead of a full reveal next week at the Shanghai motor show.

The P5 will be the first electric car with autonomous driving tech that works in the city, its makers claim, with dozens of sensors feeding into the firm’s Navigation Guided Pilot system.

These include 12 ultrasonic, five millimetre-wave and 13 high-resolution cameras. A pair of double-prism lidar (light detection and ranging) units can identify pedestrians, cyclists, roadworks and other obstacles, giving the car a 360deg view of its surroundings. 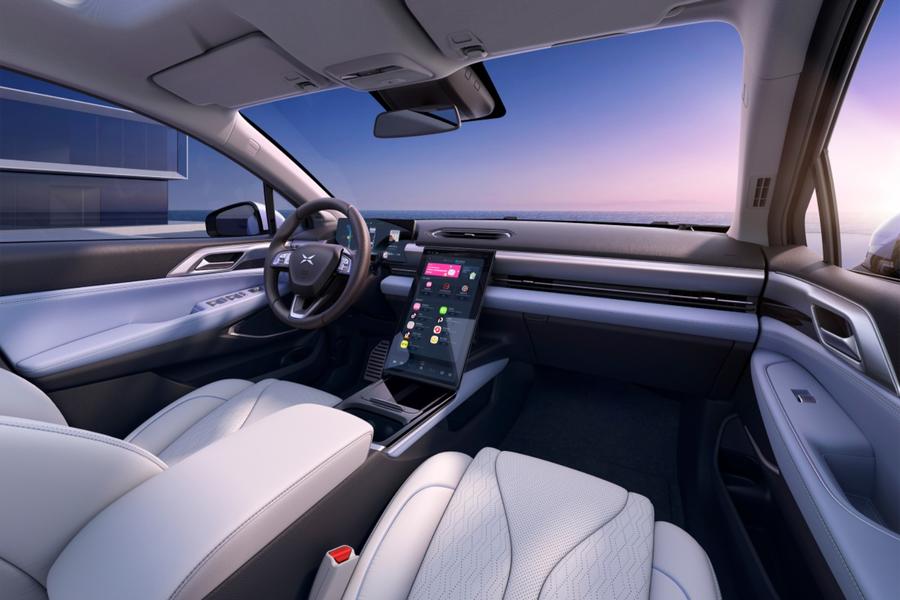 Crucially, the system functions in a variety of lighting conditions such as in tunnels or when glare is high, in addition to working at night.

Xpeng says the P5 will be able to follow cars ahead, automatically adapt to changing speed limits and react to traffic lights as they change.

“The P5 brings a new level in sophistication and technological advancement for smart EVs,” said He Xiaopeng, Xpeng’s chairman and CEO. “Each new Xpeng model aims for a new high in technology, and the P5 is our most advanced and technically ambitious model yet. Our home-grown technology, distinctive design language and user experience philosophy: all reflect Xpeng’s drive to grow from its Chinese roots to realise its global vision of leading the world’s smart EV market.”

At 4808mm long, the P5 will be larger than the Tesla Model 3, although its wheelbase will be 108mm shorter, at 2768mm. Xpeng promises lots of passenger space inside and claims that the interior can be reconfigured into a private cinema or sleeping compartment.

Most of the vehicle’s controls are accessed through a 15.6in touchscreen in the centre console, while the rest of the interior takes on a minimalist design similar to the one adopted by Tesla in recent years. The Xmart OS 3.0 system runs voice control for just about every feature and can connect to an owner’s home for added convenience.

A panoramic glass roof keeps the cabin feeling light and airy, and an in-built fridge and air freshness control are designed to make the P5 an extension of the driver’s home or workspace.

Performance details will be confirmed at a later stage, although it has been suggested by company officials that rear- and four-wheel-drive versions could be offered with an official range of 373 miles on the Chinese NEDC efficiency test.

Xpeng launched its first car - the G3 SUV - in 2018 and followed it with the P7 fastback saloon last year.

Will Chinese brands succeed in Europe?

Promises so much, but the autonomous bit though, it won't work everywhere just now, so, who is going to want one want one and can't used all the systems, and, it'll be an old car when fully autonomous is universal.