BACK TO ALL NEWS
Currently reading: New styling to make Audi models more distinctive
UP NEXT
Toyota files Celica trademark in US, fuelling fresh speculation

Answering criticisms of 'Russian doll' styling across model ranges, Audi is to create more differentiation between its cars and do more to promote quattro AWD models
Share
Close
Share story

Insiders at Audi design say the brand is about to embark on a path towards a new design language, a new face and a strategy that will emphasise the brand’s quattro four-wheel-drive technology on certain models.

This new design impetus will also create more difference between the individual models in the range, which have been criticised for being too Russian doll like in their conception; the smaller versions of the Q models being a miniaturisation of the larger editions for example.

The new face of Audi models may become more horizontally orientated in contrast to the vertical emphasis of today’s grille, the insiders suggested, although they would not be drawn on the character of overall design language, partly because it’s still under development.

But insiders speaking at the Detroit motor show said that one definite plan is to develop styling that emphasises Audi’s long-held quattro all-wheel-drive advantage.

Audi pioneered four-wheel drive for mass-market road cars and sells significant numbers of high-performance quattro models that draw on the heritage of the original 1979 quattro coupé.

But quattro models are hard to identify other than by their badging - the plan is to highlight their capability with more muscular styling, as the first quattro did. 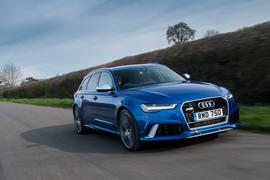 This is all very well but at the end of the day future Audis will still have a German look and while it's good in terms of identifying where it's from, it also means it will continue to look dull and conservative. This is why British and Italian cars will always look far more exciting and desirable, especially Jaguar where every model gives you a sense of occasion and that wow factor, something that can never be said about a comparable Audi, BMW or Mercedes. Park a XF next to an A6, E-Class or 5-Series, or a F-Type next to a 911 or R8, or even a XK next to a SL or 6-Series, and the Jaguar wins all the time.
Muzikluvindj 15 January 2014

I hope they deliver...

..On those words for differentiation between your normal models and performance Quattro. Thats been the thing that annoys the most with their design strat for me. Unfortunatly I commute the M25 daily and it occured to me just how many base Front WD diesels there are out there that have been spec'd to look like S's. Everything starts to look the same and before long an S4 or S5 are no longer special...and thats even if you can spot a genuine one in the first place amongst the diesel co cars. I understand that some of the appeal of a quick AUDI is that it goes by without drawing too much attention, but I think the current crop take that idea too far. I'm virtually blind to all AUDI 4's and 5's now unless they're RS's. Design wise that can not be a good thing...