BACK TO ALL NEWS
Currently reading: Dacia Jogger is firm's "safest ever" car despite one-star NCAP score
UP NEXT
New Volkswagen CEO Schafer to make brand "loved" again

The Dacia Jogger has been called the firm’s “safest ever” model by the company's engineering bosses, after the seven-seater was given a one-star Euro NCAP safety rating last week.

The Jogger, which shares the same platform as the smaller Dacia Sandero Stepway SUV, was awarded the rating because it lacks suitable electronic safety assistance features and does not have a seatbelt reminder for its third row of seats.

Marc Suss, Dacia’s vice president of engineering, said: “This is the result of our choices. We did not implement a seatbelt reminder on the third row because when you want to extract the seats, you need to disconnect and reconnect some electronic features.

“This is not what we call essential. We made the choice to keep it simple for our customers. Each time we are putting a new car on the market, it is the safest Dacia ever. It is far safer than the Logan and other cars. Even compared to most of the cars in the market, we are providing cars with a level of safety features that are far above.” 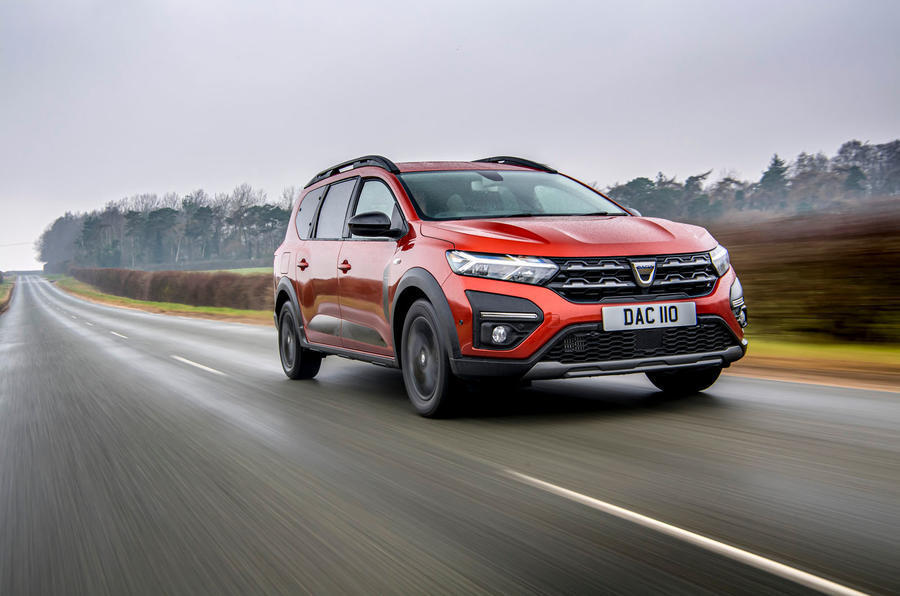 The Romanian firm further reiterated its decision to remove unnecessary or unwanted features from its vehicles, despite growing pressure from safety legislation organisations.

The omission of "unwanted or unnecessary features" forms a part of its 'Smart Engineering' strategy, which, the firm says, involves disrupting the industry with “serial game-changers” with a focus on simplicity, frugality, sustainability and durability.

Sold in the UK at a starting price of £15,345, the Jogger has been engineered to be as cost-effective as possible, with bosses highlighting its fixed-displacement air conditioning unit and technology that means the entire front end forward of the B-pillar is shared between the Sandero and the Jogger.

The Jogger’s rear lights have also been positioned vertically and separately from the tailgate to reduce costs, while stickers replace traditional plastic parts to protect the lower doors.

Lionel Jaillet, Dacia’s vice president for product performance, said: “Currently, the customer's requests are evolving. They are joining the Dacia mindset of going to the essentials. They want more simplicity and frugality.

“Our challenge is to redefine the essentials of the C-SUV segment, which is a huge segment and a huge profit maker. We think we have a good recipe to challenge this segment.”

Log in or register to post comments
GavJ 19 April 2022
The problem is it disincentives manufacturers to make safer cars and just refresh there existing lineup.

What EuroNCAP should do is test cars that are still available new when they update their testing and marks procedure.

Not everyone wants to pay for all these extras. I don't want to pay for lane departure warning, I have managed to use my mirrors all these years without issue.

If they want to make driving safer then put mobile phone blocking in cars, remove the vanity mirror from the driver's sun visor, have a driver's seat that can't recline so far the driver is almost laying down.
You get the point, remove all the hazards you see everyday on the roads. This would make the roads safer.

Drive this car and you'll die.

Loads will love to look down on Dacia, but northerners need cars too