BACK TO ALL NEWS
Currently reading: Dacia Jogger given one star in latest NCAP tests
UP NEXT
Rolls-Royce road trip: remembering the marque's epic seaplane racers

Dacia Jogger given one star in latest NCAP tests

MPV, which shares a platform with Sandero Stepway, lost marks because of reduced safety for rearmost passengers
Open gallery
Close

The new Dacia Jogger has scored one star out of five at in the latest round of Euro NCAP safety tests, while the DS 4 and Honda HR-V both secured a respectable four stars.

The results for the Jogger, the UK's cheapest seven-seat car, were based on those achieved by the Dacia Sandero Stepway with which it shares a nearly-identical platform.

The Sandero Stepway scored two stars out of five last year and Euro NCAP compared both cars before verifying that the Sandero Stepway's results could be applied to the Jogger, prior to completing further tests.

Dacia's MPV scored 70% for adult occupant safety and 69% for child occupant safety. It managed a 41% score for vulnerable road user protection and 39% for its safety assist functions.

The Jogger also lost marks because it didn't offer a seatbelt reminder for the rearmost seats and the side-curtain airbag didn't provide sufficient protection for those seated in the back.

“For a family car, this safety performance is disappointing. The vehicle may be more affordable than others in the same category, but in terms of safety, it appears that you do get what you pay for,” said Matthew Avery, Thatcham Research’s chief research strategy officer.

“In this case, not only is the Dacia Jogger lacking the active safety features that buyers expect as standard, but even some of its basic passive safety features aren't up to the industry standard set by the vast majority of car makers.”

A Dacia spokesman said in a statement: "At Dacia, we take the safety of our customers extremely seriously. As a car maker, Dacia’s objective has always been to produce vehicles that meet the expectations of our customers: modern, affordable and fully compliant with European regulations."

The Romanian firm reiterated that it wouldn't "chase Euro NCAP stars" or implement features and technologies "that customers don't want to use and/or pay for".

"The Jogger is a safe new C-segment car that's homologated and compliant with European safety regulations. It's safe and protects occupants to a high standard," Dacia continued.

"It proposes a full list of safety features, providing better protection than most of the cars on the roads of Europe today.

"The Jogger is structurally identical to the Sandero Stepway but has a different roof line towards the rear. Based on the Euro NCAP protocol, Jogger five-seater should have the same rating as the Sandero: four stars in occupant protection and two stars overall. However, there will not be details published about Jogger five-seat version by Euro NCAP. The final rating of Jogger is linked to the seven-seat version only."

Meanwhile, the new DS 4 achieved four stars out of five, rising to a perfect five-star score when equipped with its optional Safety Plus Pack, which Euro NCAP said helps it achieve a “performance that's more comparable to its rivals in the segment”.

The family hatchback scored an 85% adult occupancy safety score, 86% for child occupants, 74% for vulnerable road users and 65% for safety assistance.

Its score was bolstered by its “solid crash protection equipment”, but its standard, camera-only autonomous emergency braking system was deemed underwhelming. 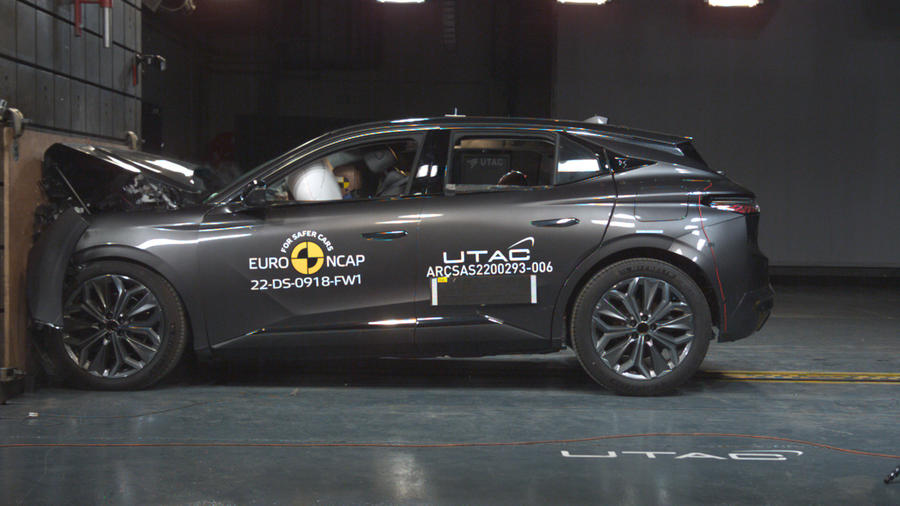 The new Honda HR-V hybrid crossover scored a good all-round performance. Adult occupancy was rated at 82%, while child occupants scored 75%. In terms of vulnerable road users, the car was deemed adequate, with a 72% rating, and it got a slightly higher 78% for safety assist.

Euro NCAP said the HR-V would have achieved a higher score had its restraint performance been more robust, especially for children seated in the back. 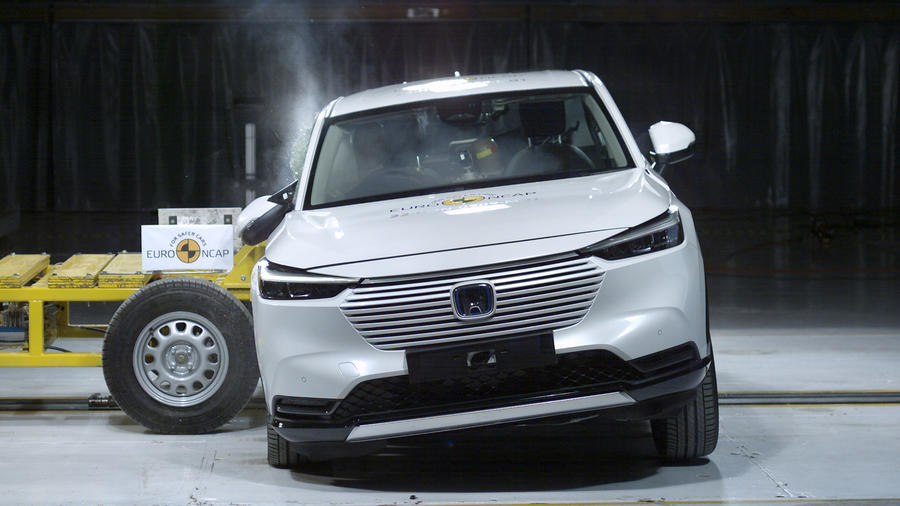 Actually read the report and see what it was marked down for, there's nothing wrong with it. Automatic emergency braking only detects other cars, 3rd row seats don't have seatbelt warning, doesn't have lane assist, so it loses points where other - more expensive - cars don't, and those are what it's being compared to when they mention the standards of other manufacturers. It doesn't have a deploying bonnet for pedestrian safety. Add all of this stuff back in and you no longer have a "cheap" car, you can't have it both ways. They complain about it not having a centre airbag and mark it down for that too.  The bodyshell didn't fold up like a wet box, nobody died, it's fine.

it just proves what a joke NCAP has become, totally irrelevant to the average motorist, marking a car down for superfluous crap that nobody needs.  My car has Lane assist - I found it so distracting and annoying I actually pulled over, went into the car's menu, and turned the damn thing off.  I would probably lose a few points from NCAP for that, but it has made my driving a lot more pleasant for the last six years.

Is your real name Dmitry Peskov?