BACK TO ALL NEWS
Currently reading: Rolls-Royce Grand Sanctuary concept: one of four design studies planned in 2016
UP NEXT
Mazda to launch own version of new Toyota Yaris by 2023

Rolls-Royce will reveal the first concept car in its history in June as part of parent company BMW’s centenary celebrations.

The concept will be called Rolls-Royce Grand Sanctuary and is one of four BMW Group concepts planned for this, joining the BMW Vision Next 100 unveiled today, and Mini and BMW Motorrad concepts due later this year.

The Rolls-Royce concept is understood to be chiefly one exploring the ultimate cosseting interior. A Goodwood Festival of Speed public debut for the concept is likely because the BMW Group is understood to have a significant presence planned there this year as part of its centenary celebrations.

All BMW has said officially is the concept will be unveiled in London between 16-26 June, the same time as a Mini concept car. The Mini concept’s tagline is ‘Every Mini is a Mini’ and will showcase the next century of personalisation.

The London dates are when BMW Group’s centenary world tour will reach the UK. Beijing will host the Asian leg from 5-15 May, and Los Angeles the North American leg from 11-16 October.

The BMW Motorrad motorcycle concept car will be the star attraction in LA. Its tagline is ‘The Great Escape’ and will celebrate the freedom that comes from bikes.

The concept cars at the world tours will all be shown to “selected groups and stakeholders”, according to BMW. The results of these discussions will help shape the future of the four BMW brands. 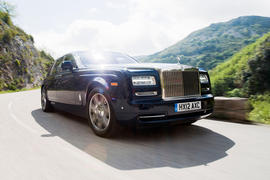 "Every Mini is a Mini"

That sounds like it won't be, in the same way that the less 'British' a marque becomes - naming no names, of course - the more often the B-word has to be used in all official communications.