BACK TO ALL NEWS
Currently reading: Vauxhall axing 400 jobs at Ellesmere Port 'due to market, not Brexit'
UP NEXT
GSR2: The new rules making cars safer but more expensive

Vauxhall axing 400 jobs at Ellesmere Port 'due to market, not Brexit'

Vauxhall's decision to cut 400 jobs from its Ellesmere Port plant is to do with market changes, not Brexit, a spokesman has told Autocar.

The PSA Group-owned British company’s Cheshire site is being taken down a “glide path” from two shifts to one, as bosses attempt to boost efficiency at a time when output has slumped by 20% in one year.

Ellesmere Port, which currently builds the Vauxhall Astra, is on course to produce 110,000 cars in 2017, which will be 30,000 short of its 2016 figure. The output decrease has been attributed to growing sales of SUVs, which have impacted demand for saloons and larger hatchbacks. Sales of the former have fallen by more than 50% compared with a decade ago.

“This is all to do with market changes,” said the spokesman. “This plant needs to be financially sound as we move forward to next-generation products. We need to be in a profitability zone that puts us on par with the rest of the PSA Group.” 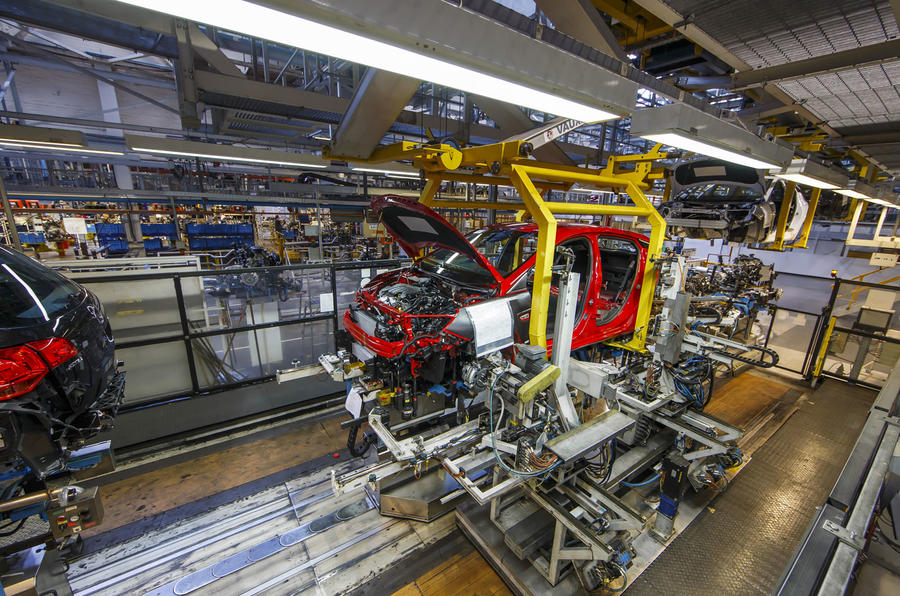 Reports elsewhere have suggested Britain's plans to leave the European Union was a key contributor to Vauxhall's woes, but the spokesman dismissed this, telling Autocar that the workfore adjustments will enhance the brand's competitiveness.

"PSA remains committed to Vauxhall’s Ellesmere Port site," the spokesman said. “[PSA boss] Carlos Tavares has said Ellesmere could get more investment in the future, so this could put us in a good place for that."

PSA, which includes Peugeot, Citroën and DS, completed its purchase of Vauxhall and sister brand Opel from General Motors in August. The £1.9 billion deal, which was first announced in March, makes PSA the second-biggest-selling car group in Europe after Volkswagen. The enlarged PSA now has a 17% share of the European market.

Insight: why has PSA bought Vauxhall and Opel?

What happened the last time Peugeot bought a car company

this is what happens

and always has happened! factories - not just car factories - have some staff on temporary contracts, when they find themselves consistently over-staffed, these don't get renewed. 400 people on £17000 a year is £6.8million - business sense has to happen at some point, as sad as it is. if they were already under capacity, and sales of what they make start dying off even more, people have to go. some people may be given early retirement packages and simiar deals; we don't know all the details, just the basic facts. Also, why is the van factory guaranteed to also close just because they'd be changing to psa/fiat vans? if that was a potential upcoming issue, then wouldn't it already be at risk from the other factories which make the renaults? any chance of not being so alarmist and overly sceptical?

Just wondering how you know their pay???

Can’t be long, subject to

Can’t be long, subject to contracts with Renault, when a similar fate befalls the Luton van factory and the shift is made to Vauxhall-branded PSA vans.

Vauxhall cars - and by

I agree. The Astra is a little dull to look at no mistake. Pcp deals that's out there don't help. The pricing structure doesn't help. The new Insignia is now way too similarly priced, plus the normal list price of the Astra is just way too close to the Golf, 1 series & A3. Yes the German stuff only has a perceived quality, probably in reality they vauxhall would be more reliable. But for your average Joe they just see wow I can have a (insert German brand here) for the same price or less than a dreary Vauxhall. Probably need to get the GSI out sharpish as a halo model to get bums in showrooms. Yes there's the VXR but that's based on the old generation & 3dr only. Just a thought.