BACK TO ALL NEWS
Currently reading: Torotrak readies V-Charge supercharger for downsized engines
UP NEXT
Spending 48 hours touring in a Ferrari Roma

British company Torotrak is pressing ahead with plans to commercialise its unique V-Charge supercharger system, despite suspending development of the technology last month.

The V-Charge is a new type of mechanical, belt-driven supercharger that is designed to support the trend towards the extreme downsizing of petrol engines and provide better performance and response than can be achieved by using a turbocharger alone. It can also be fitted to diesel engines to improve throttle response and reduce nitrogen oxide emissions.

Other benefits claimed for the V-Charge are that it is small and quiet, reducing the need for costly noise suppression, and it is light, weighing only 6kg, compared with around 10kg for a typical Roots-type supercharger. Unlike the new breed of electrically driven compressors, it is mechanical and does not require a 48V electrical system.

Torotrak first showed a working prototype of V-Charge in 2012 and now plans to focus resources on electrified powertrain-related technologies. Torotrak is a technology innovator rather than a manufacturer, developing concepts to advanced prototype stage with a view to selling a manufacturing licence. 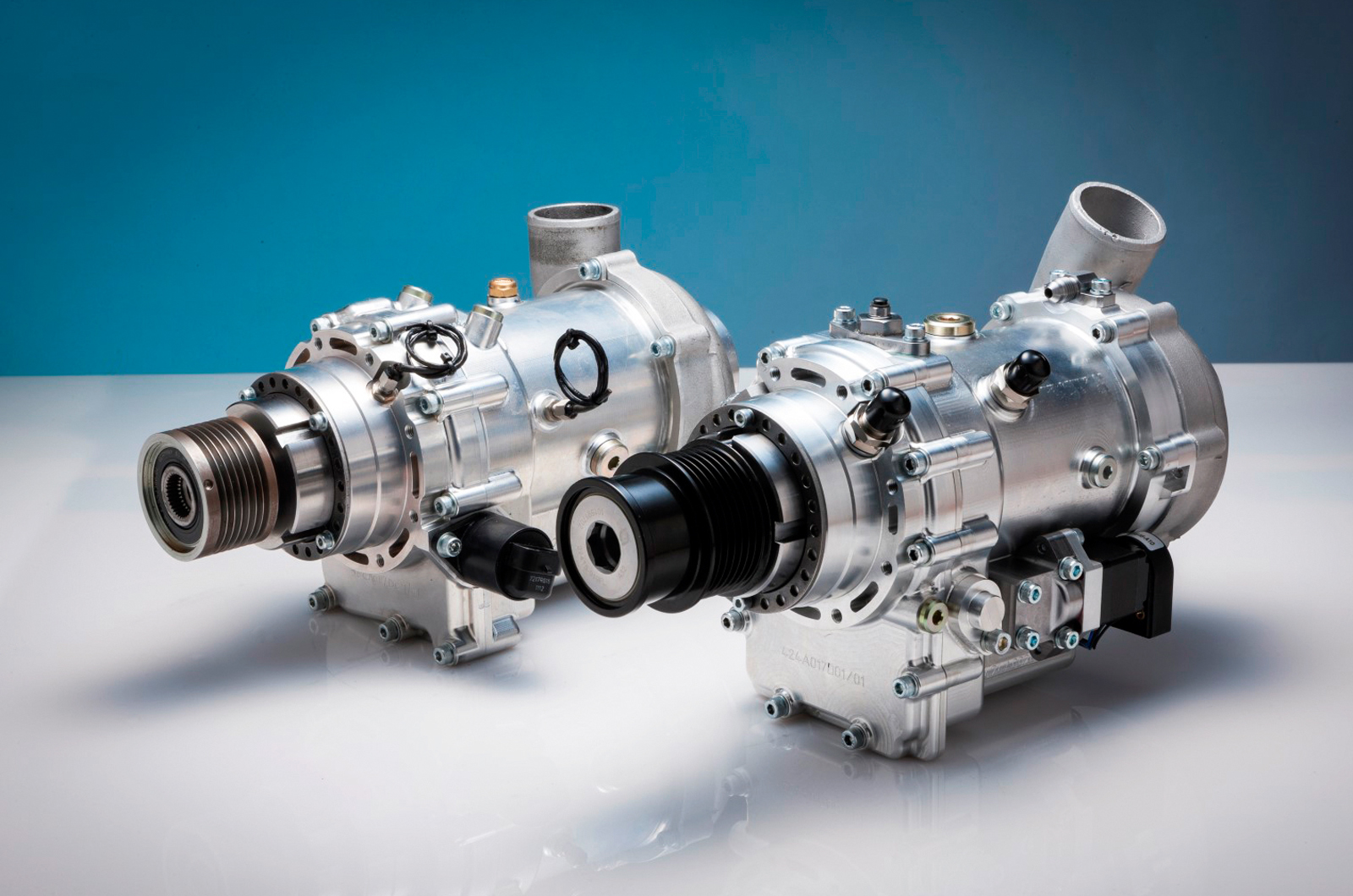 Torotraks’s business development manager, Richard Dunne, said: “We have developed the technology to a point that the concept is proven and it is ready to be commercialised, so there is no point in doing further work at this stage. Three major manufacturers are taking a serious look at V-Charge and analysing how they can use it in their applications.”

Torotrak has installed a V-Charge system on a Ford Focus Titanium 1.0T Ecoboost, on which it works in conjunction with a resized turbocharger to create a two-stage boosting system. This has given the engine similar power and torque to that of Ford’s 1.5-litre Sigma engine, but with 12% lower CO2 emissions. Power has risen from 123bhp to 158bhp and torque is up by 40% from 125lb ft to 184lb ft.

Unlike a conventional supercharger, the speed of V-Charge can be continually varied via the engine management system in order to provide as much boost as needed, even at very low revs. Depending on engine speed, the compressor can be driven at up to 88,125rpm.

With a conventional supercharger, boost drops off as engine revs diminish. The same is true of a turbocharger, which produces less boost and suffers more lag as revs drop.

With V-Charge installed, the 1.0T Ford engine is claimed to deliver diesel-like response from as little as 1200rpm, with the turbocharger taking over at around 3500rpm.

V-Charge uses a so-called ‘variator’, which consists of a set of toothless discs and rollers which don’t quite touch but interact through a thin film of traction fluid in order to transmit drive while continually varying the ratio.

The drive then passes through an epicyclic transmission, which also consists of smooth rollers rather than gears. This multiplies the revs by 12.5 and drives a centrifugal compressor on the end of the unit.

Discussions with possible buyers are ongoing and despite the recently announced freeze in development, Torotrak is hopeful that V-Charge will enter production between 2020 and 2022.

Cost and it's been done before

The whole purpose of a 1.0t is that it's small, cheap and light adding a supercharger takes away all those benefits, it may add power but then you might as well make it a 1.4t. Remember the VW 1.4 twin boost thing, claim after claim about oil comsumption etc to such an extend second-hand ones were cheap as chips 'cause people were warned. Anyhow VW saw sense and dumped it quietly. I suggest Torotrak do the same
LP in Brighton 24 February 2017

I thought that this was just about to be reversed by the forthcoming new fuel consumption testing regime? I guess that the viability of V-charge all depends on the balance between cost, weight, efficiency, emissions, reliability that can be achieved - and the manufacturer is only talking about the positives. A few decades ago (when turbos became common), the buzzword was "power density", maybe it's time for a revival?
inside_man 24 February 2017

Clever idea, hope it does

Clever idea, hope it does well. I suspect it will be a few years before it reaches the mainstream though, any manufacturer will want to conduct lengthy development and durability testing before fitting it to a production model.
View all comments (4)