BACK TO ALL NEWS
Currently reading: Mercedes-Maybach GLS to feature "next-level" suspension tech
UP NEXT
Rodin FZero: V10 weapon aims to be world's fastest car

Upcoming Mercedes-Maybach models will have “next-level” suspension systems that will be an advanced version of Mercedes’ existing Magic Body Control set-up, according to Maybach chief engineer Jürgen Weissinger.

He said one of the key elements is a new camera system, “so we have better information from rough roads so that drivers can slide over the road”.

A new drive programme aimed at chauffeurs is also being introduced for the next generation of Maybach models.

“We’re making a special drive programme, which means the gearchanges don’t happen too often so that the chauffeur can drive in a very comfortable, luxury way. This works without gearshifts and with maximum torque,” said Weissinger.

These features are first expected to appear on the forthcoming Maybach GLS, which is due to be unveiled at the Los Angeles motor show in November. Meanwhile, the Vision Ultimate Luxury concept shown at Beijing (below) could make production if it gets a good response, said Weissinger. 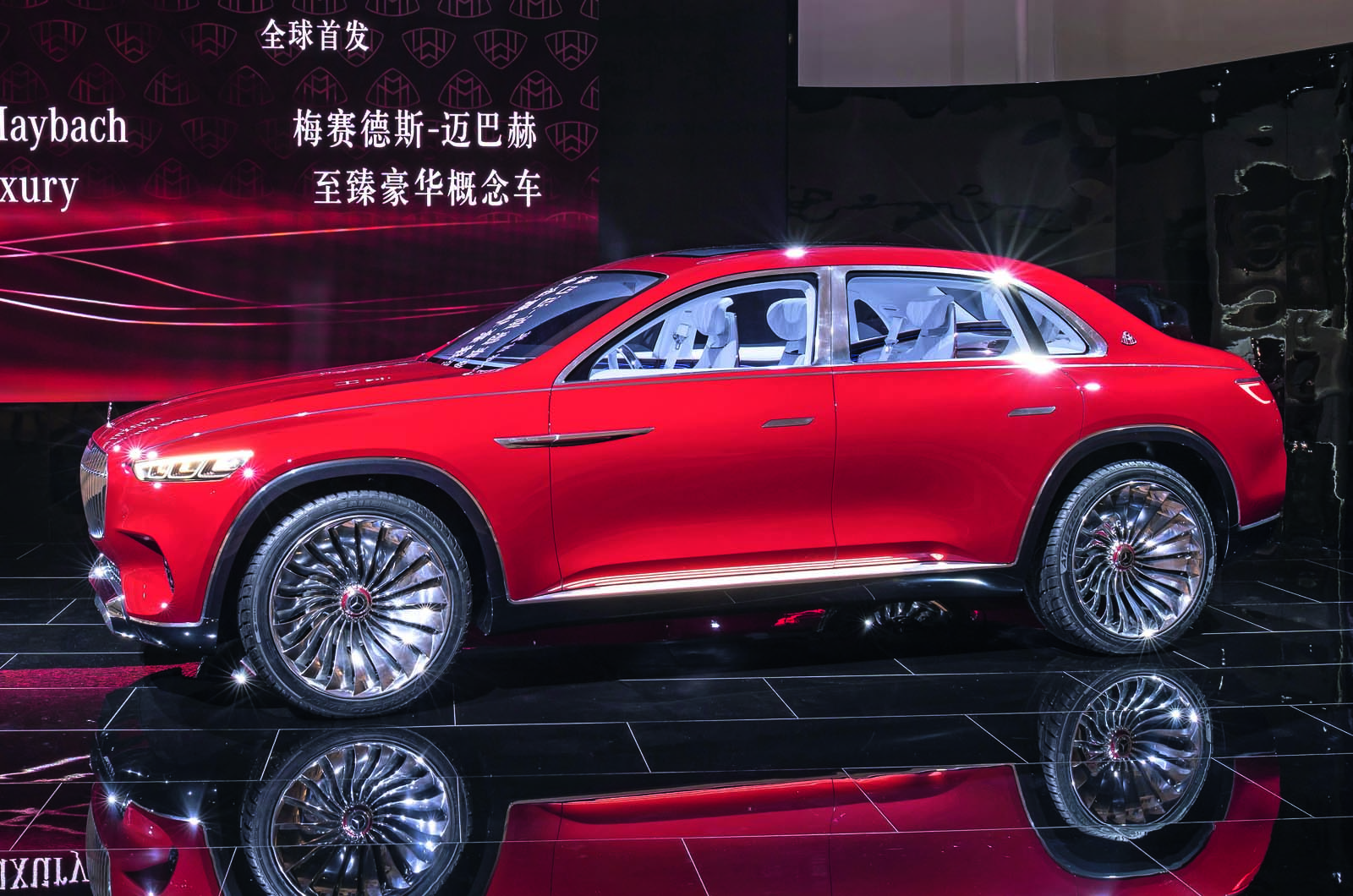 Talking about the concept’s electric motor set-up, Weissinger said Maybach is discussing how it could bring electric power into its models in the next five to 10 years.

He cited founders Karl and Wilhelm Maybach and their 1923 half-automatic gearbox as proof that the brand stands for innovative, high-tech cars.

He said: “We have to look at electric-powered cars. But we have the 12-cylinder and it’s a very luxury, smooth motor. People want it. But if you speak to innovative Maybach customers, they are also interested in what the future looks like. We have to check out how to bring high-tech electric cars into that future.”

However, while some rivals, such as Lagonda, are focusing on electric models, Weissinger sees hybrids as a “long bridge” technology for Maybach. “You could have a 12-cylinder with a special gearbox with an electric motor on it,” he said. “There’s lots of possibilities to make the right combination between a big engine and [electric] motor.”

that don't appear to say much. airbag springs, adaptive magnetic damping, given quick random tweaks by a camera and computer which barely has time to really actually do anything? will it actually ride better than a well sorted citroen cx? the biggest thing they could do to sort out the ride quality is remembering 3 things; unspring mass does actually matter, big wheels often look stupid, and low profile tyres are pretty much genuinely terrible unless you're driving as if you're on a race track.perhaps use your v12 engine like a diesel-electric train, with regenerative braking.

Sounds like next level software rather than new mechanical ideas for suspension. And is it a response to the ever-increasing tyre sizes that ruin refinement?

yes it will be er erm dear, this profile image does it no favours, it looks like a Saloon jacked up on huge springs.....?!