BACK TO ALL NEWS
Currently reading: Mercedes-AMG plots brand-wide shift to all-wheel drive
UP NEXT
New Aston Martin DBR22 is £1.5m, V12 speedster

All next-generation Mercedes-AMG models look set to feature four-wheel drive as standard, including the AMG GT supercar, according to AMG boss Tobias Moers. Engine downsizing is also on the cards as Mercedes-Benz ramps up its brand-wide electrification strategy.

Speaking to Autocar, Moers said in response to the idea of pure rear-wheel drive dying out in future: “Customers have given us the answer, and most want four-wheel drive.

When asked if even the AMG GT flagship would adopt such a system, Moers said: “When I ask customers about the GT, they ask me about all-wheel drive. Regarding our competition, this is the downside of the AMG in terms of usability. People in Munich, for example, always, always ask for four-wheel drive – I think it’s for safety and stability.”

The latest E63 AMG uses a clutch-based four-wheel-drive system that’s able to send up to 100% of engine torque to either axle. The E63 S’s Drift mode can disengage the front driveshafts entirely allowing a traditional rear-drive system, if requested. 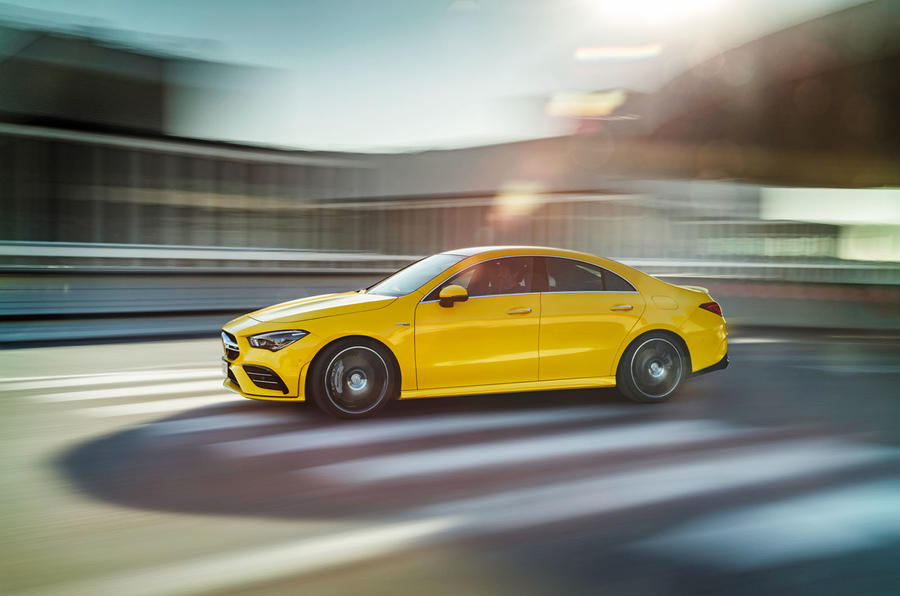 Moers confirmed that the trademark AMG V8 would go hybrid in its next generation, stating “we are not going to push the performance output of the V8 in future” beyond the 630bhp it currently offers. To go further, the system will be mated to a plug-in hybrid with an electric rear axle.

Such a system will first debut on a hybrid version of the AMG GT 4-Door, Moers confirmed, setting it up as a rival to the Porsche Panamera S-E Hybrid. It is due to arrive next year.

Moers also revealed that there will be no more V12 engines in Mercedes-AMG’s range beyond the S65 Final Edition, revealed at the Geneva show: “We’re still responsible for V12s – maybe Maybach is going to use them in the next-generation Mercedes-Benz S-Class, but not AMG. Having a high-powered competitive V12 would be a new engine, and in the new times there is no room to do that.”

The impending emissions regulations mean that the future of the V8 in some smaller variants is under threat, with the next Mercedes-AMG C 63 looking more likely to use a downsized turbocharged six-cylinder unit. When asked about that, Moers paused and said: “There is room for speculation there.”

Despite previous plans to revive the Mercedes-AMG SLC as a Porsche Boxster-rivalling sports car, Moers said Mercedes-AMG “is not able to do so”.

AMG is instead focusing its resources on the next-generation SL, which Moers confirmed will be developed by the performance division and share its platform with the next AMG GT.

“We are focused on SL for the future,” he said. “Totally different car – It’s a sports car. The company has been running at full throttle for two years on that programme. It’s a shared platform between GT and SL.”

Mercedes-AMG to embrace hybrid power by 2020​

Fair play to Tobias in being

Fair play to Tobias in being so upfront. If you want to buy a guaranteed money maker to sell at Barratt-Jackson 20yrs fom now, or just want to enjoy the zenith of the internal combustion engine as your daily driver, then if its a Mercedes AMG you had better buy from the current offerings. V8, V10, V12 normally aspirated with manual transmissions are a dying breed, AMG or not, get one while you can!

Ah well, I guess nothing

Ah well, I guess nothing stays the same for long.

Finalmente!!  I had a 2009 C63 which I loved though it was thirsty, drove it for 5 years all year here in the Arctic but like many further south, really wanted 4WD.Had a deposit down on the new C63 thinking it would have it , but it didn’t, so cancelled my deposit and traded for a TTRS+ then replaced that with an RS3 which my wife wants.So too late now as to complete the “hat trick” of RS/M/AMG I fancy an M3Comp X Drive,510ps and 200kg lighter than C63 should be exciting!