Mazda’s new Skyactiv-X engine is set to be the first compression ignition petrol unit to be put into mass production.

It is due to be launched in 2019, in conjunction with a new vehicle platform that the Japanese manufacturer says will underpin its future models.

According to Mazda, the Skyactiv-X engine, which uses Spark Controlled Compression Ignition (SCCI), will combine the economy and torque of a diesel engine with the performance and lower emissions of a petrol unit. Our test of an early development engine certainly hinted at a unit combining diesel and petrol characteristics.

Our rundown of Mazda's Skyactiv-X technology 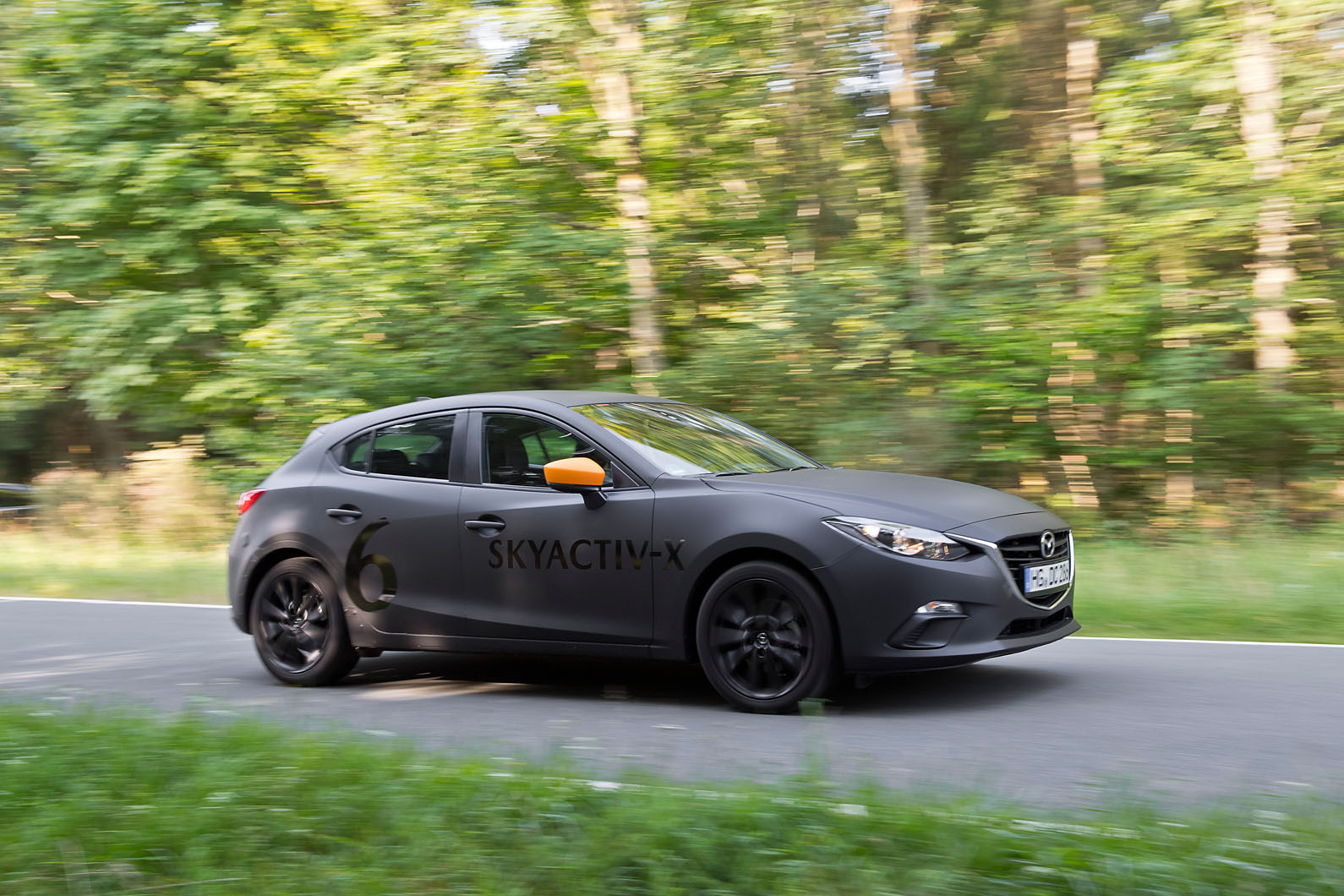 Our test involved driving development cars with both manual and automatic drivetrains, featuring the 2.0-litre Skyactiv-X engine. The cars were based on Mazda’s new platform, and housed in a current Mazda 3 shell. The engines we tried were fresh from Japan and performance data wasn’t available (Mazda engineers said it hadn’t been properly dyno-tested yet) with speed limited to 100mph.

Mazda has yet to confirm which models will be the first to be launched with the new engine and platform, although as one of Mazda’s key models in both the US and Europe, the 3 family hatchback would be a natural choice. 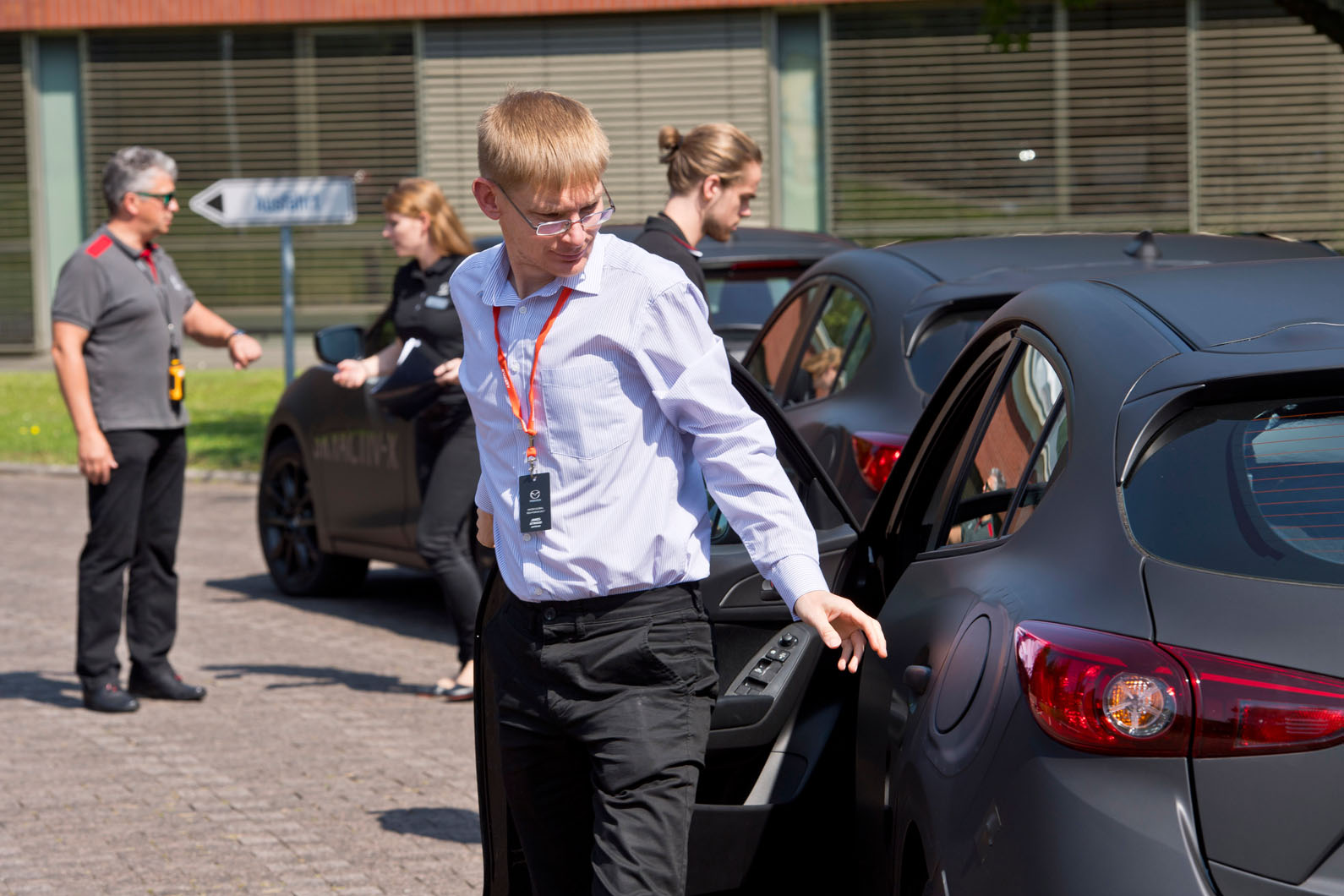 The test route was based on Mazda’s European technical centre in Oberursel, near Frankfurt in Germany. It encompassed country roads and city streets, along with a short stretch of autobahn – enough to get a good impression of the Skyactiv-X engine in a range of environments.

At lower speeds, the new engine sounded and behaved more like a diesel, occasionally rough, perhaps reflecting that it is still being refined. But once up to speed, it became smoother and quieter like a petrol unit, yet still with notable torque. Even in sixth gear, it could accelerate with reasonable vigour from relatively low speeds. 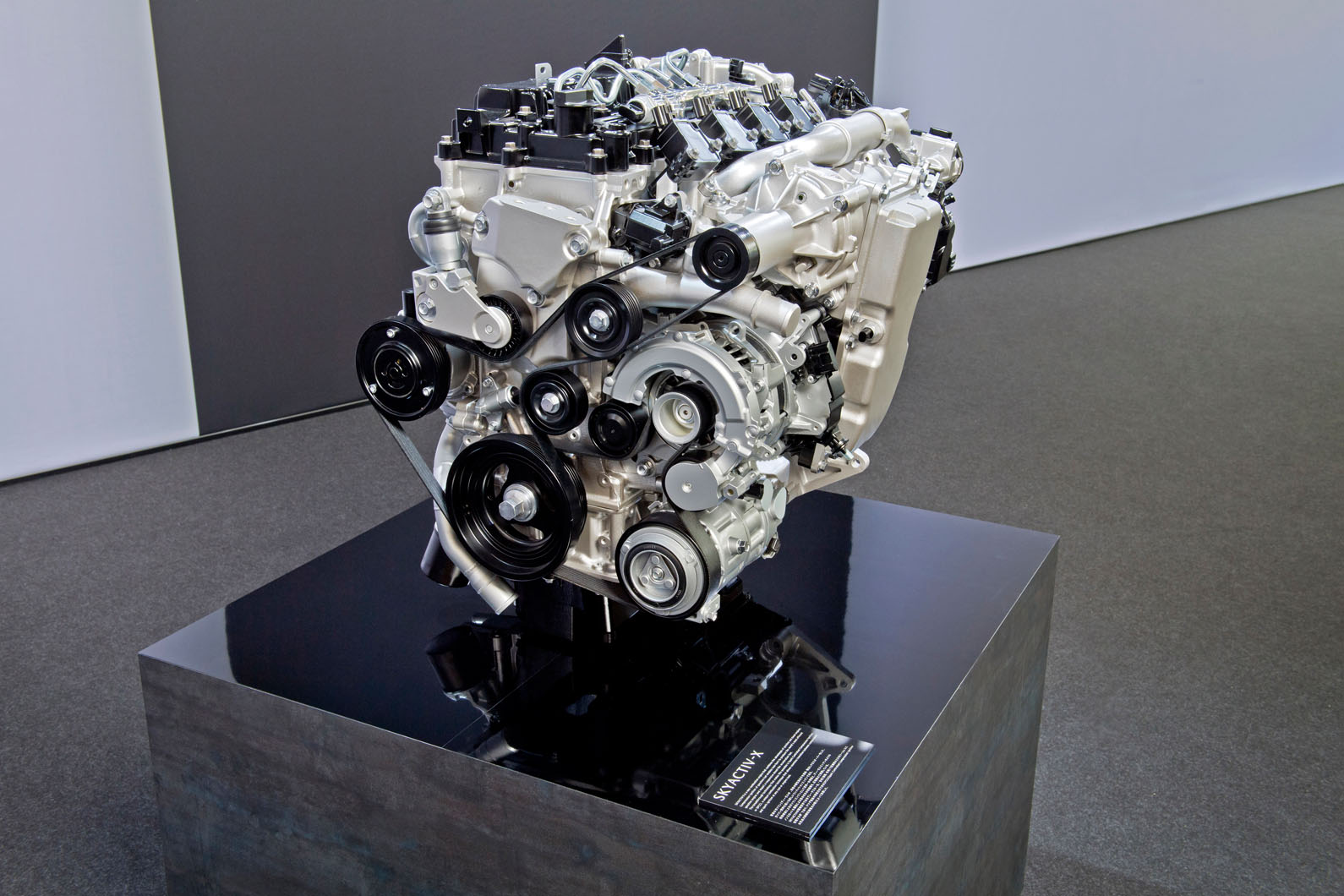 Perhaps unusually, the automatic version tested was notably smoother and more responsive than the manual, which both felt and sounded rougher.

The new platform felt stable, with the car reasonably well rooted, although it would be unfair to draw any real conclusions until sampled in something a lot closer to a true 2019 car.

After the test, Mazda used computer simulation to map my driving style in the prototype against the performance of a Mazda 3 with the current 2.0L Skyactiv-G engine to produce a fuel economy comparison. That data suggested that the Skyactiv-X engine would produce a 14% improvement in fuel economy. While we had no way of verifying that figure, it would, if true, indicate the potential of this technology.

Claim of 14% improvement, on it's own it's not good enough

My father in laws A3 COD (140bhp) gets 52 mpg + loads of torque when compared to a NA ICE. Does this mead COD + a turbo is more useful than compression ignition, yes.

The question is does it work with small Turbo engines? If not it'll remain of limited use.

If it's compression ignition, then surely it's a diesel?

Surely this is a Diesel engine by definition, albeit one running on petrol. I am sure the attraction is to use a very high compression ratio to achieve thermal efficiency closer to a traditional diesel, but I doubt if it is possible to replicate diesel mpg figures, since petrol has a lower density and much lower calorific value.

One problem that Mazda must solve is how to control NOx, which is usually a bi product of high temperatures and rapid combustion in the most efficient engines.