BACK TO ALL NEWS
Currently reading: Mercedes-Benz signs EV battery supply deal with Envision AESC
UP NEXT
2023 Hyundai Ioniq 6 is rakish Model 3 rival

Mercedes-Benz has confirmed Chinese majority-owned battery specialist Envision AESC will begin supplying its manufacturing facility in Tuscaloosa, Alabama with what it describes as “high performance lithium-ion battery modules” from the middle of the decade.

The German-Sino co-operation is the latest component in Mercedes-Benz’s plans to begin producing a range of new electric models, including the upcoming Mercedes-Benz EQS SUV, EQE SUV and a new Maybach SUV, at the US-based site.

Timing for the production of the Maybach SUV has not yet been confirmed, though employees at the site suggest it could be the first model to benefit from the supply deal with Envision AESC. 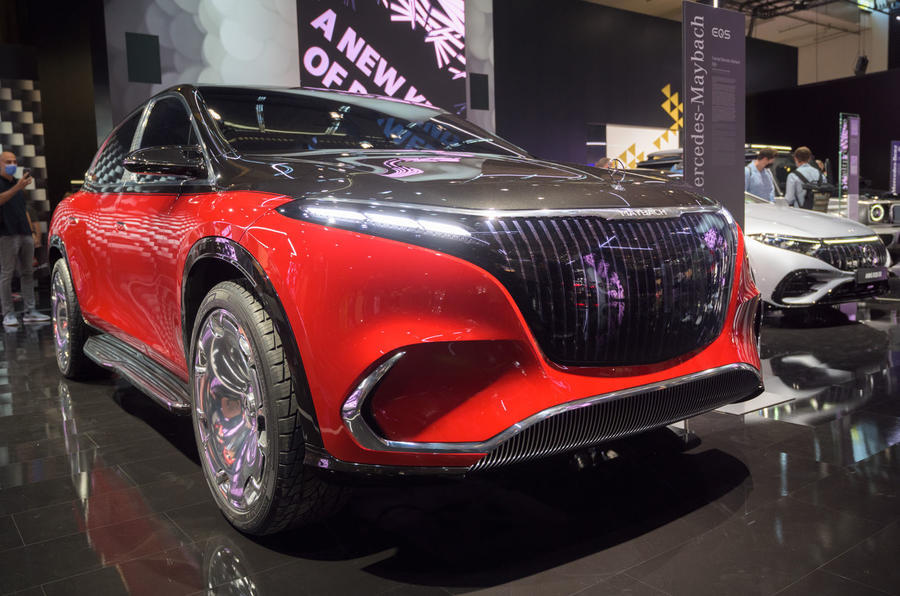 Mercedes-Benz says it has planned for a capacity of up to 6000 electric vehicles per month at Tuscaloosa in the longer term.

The battery modules to be supplied by Envision AESC will be produced in a new US-based factory, the location of which has not been disclosed.

“Envision AESC will be a major supplier securing capacity for the next generations of our Mercedes-EQ production built in the US,” said Markus Schaefer, Mercedes-Benz’s Chief Technology Officer. “This new co-operation allows us to secure supplies, to take advantage of economies of scale and to provide our customers with superior battery technology.”

AESC (Automotive Energy Supply Corporation) began operations as a Japanese-based joint venture between NEC and Nissan in 2007. It was integrated into Chinese battery conglomerate Envision in 2018.

The sale of 75 per cent stake in AESC to Envision included battery production plants in Tennessee, USA and Sunderland, UK.

AESC was an early supplier of electric vehicle batteries to Nissan for the first-generation Nissan Leaf. The existing second-generation Leaf uses batteries produced in the Envision AESC plant in Tennessee.

In 2019, the Chinese-based battery specialist announced plans for a new 20GWh battery plant in Jiangsu, China. Envision AESC is also working to establish a new 9GWh site in Sunderland.

Other car makers with links to Envision AESC include Nissan's Alliance partner Renault. It has announced plans for a new 9GWh factory to be built in Douai, France by 2024.

Mercedes-Benz announced a start to operations for its own battery assembly operations at Tuscaloosa on Tuesday, revealing it plans to invest more than $US46 billion (£35 billion) from 2022 to 2030 to develop and produce electric models.

The dedicated battery assembly plant is set to employ up to 600 workers. It is part of a $1 billion (£770 million) investment at the Tuscaloosa facility in readiness for the start to production of the EQS SUV and EQE SUV later this year.

Until the supply from Envision AESC begins, Mercedes-Benz will reply on an existing network of partners for battery cells and modules.

The German car maker says it has developed a “next-generation battery” that is claims offers greater energy density and faster charging than the units used in its existing electric-powered EQ badged models though the adoption of new cell chemistry that reduces the cobalt content to 10 per cent.

The lithium-ion batteries are assembled into a pack on a 300-metre long production line with more than 70 workstations.

The operations in the US compliment similar battery assembly plants established by Mercedes-Benz in Germany, China, Poland and Thailand.

Plans are to build a network of eight cell manufacturing sites worldwide with a production capacity of up to 200GWh by the end of 2030, according to Schaefer.

Log in or register to post comments
Cobnapint 15 March 2022
Oh dear. Germany still not learning it's lessons.
Andrew1 16 March 2022
What lesson? To sell off their entire car industry to foreign companies? To buy foreign cars rebadged as traditional brands?
Cobnapint 16 March 2022
No, not that lesson that we didn't learn.