BACK TO ALL NEWS
Currently reading: Inside the industry: Toyota's pioneering ethos
UP NEXT
Supercars to e-bikes: the story of Romans International

Inside the industry: Toyota's pioneering ethos

Kaizen: a single word of Japanese that sets Toyota apart.

It means ‘continuous improvement’, and it came back to mind late last month when Toyota became the first car maker to declare it was back to full production capacity, having overcome the chip crisis’s challenges.

Toyota’s primacy today owes everything to tragedy, the 2011 earthquake that triggered a tsunami and subsequent meltdown of the nuclear powerplant in Fukushima having laid bare the fragility of its supply chain. It took production six months to recover, and kaizen demanded lessons be learned; 500 priority items, semiconductor chips among them, were found as risks.

Counterintuitive it might seem for a firm that pioneered and perfected just-in-time manufacturing to build four-to-six-month stockpiles of key parts in case of natural disaster, but that’s exactly what Toyota asked its suppliers to do.

It also renegotiated its contracts to better reward suppliers. All car makers factor in cost-tightening over the lifetime of parts, reasoning that efficiencies will be found. Toyota notably returned a portion of this to its chip suppliers in return for them keeping stocks at the high levels it demanded.

What’s more, at no point in the pandemic did Toyota break these contracts; in the face of no customers, almost every other car maker did, leaving the chip makers free to take their business elsewhere. Anecdotally, many were happy to do so, such were the rock-bottom prices some car firms paid. 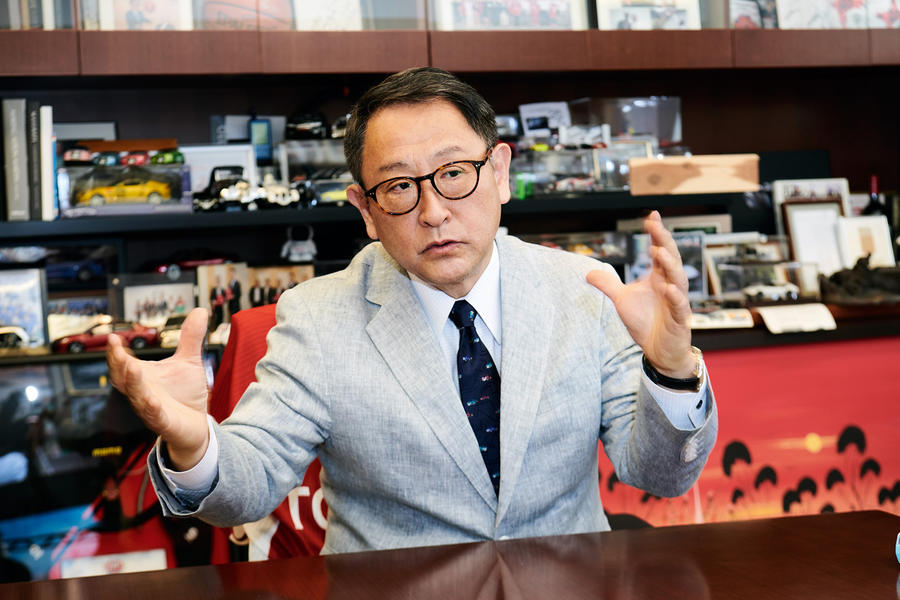 Those two stories reveal a human side to the firm that’s perhaps shrouded by the fact that it’s the world’s biggest car maker but which shouldn’t be overlooked.

There are many examples of Toyota’s transformation under Akio Toyoda, but I have one stemming from hearing first-hand his brief but now poignant speech at the 2019 Tokyo motor show.

He recalled his great-grandfather inventing a fabric loom that was revolutionary for stopping automatically if just a single thread broke, highlighting its ingenuity for preventing faulty products being made and empowering workers to focus beyond the machinery. Kaizen was born.

He spoke then about how manufacturing was really about developing people and how the changing world was about to unleash an era in which “non-crisis” would be alien. It was a rallying call, making clear that although kaizen had never left room for complacency, transformation in the near future could be achieved only by human endeavour.

He couldn’t have foreseen what Covid-19 would do to the world just months later, but now more than ever, the power of Toyota’s founding ethos is reaping rewards.

Being first is not always the best route to success.  Toyota may be behind when it comes to EV’s but they have plenty of time to catch up before 2030!  Producing reliable dependable cost effective vehicles may not be as exciting as companies such as Tesla. But this article says a lot about the strong ethics of Toyota, which is to be applauded

ac555 6 December 2021
This is an advert, right?
Strider 6 December 2021
Excellent piece, Jim. Purchasing strategy has been overlooked in pretty much every other title covering the chip crunch outside the silicon press. Even the FT just repeats what the European vehicle manufacturers tell it about the problems being someone else's fault .
View all comments (6)