BACK TO ALL NEWS
Currently reading: Hyundai plots radically different designs for all future EVs
UP NEXT
Lotus Emira vs Porsche 718 Cayman

Speaking at the 2022 Autocar Awards, Lee suggested Hyundai would shift its models to suit different lifestyles, with each of the Korean firm’s owned brands, including premium offshoot Genesis, to cater to specific areas of the market.

“Each piece of chess looks and functions differently, but put together they work as a team. So, all chess pieces actually tailor to the customer’s lifestyle - like a family of five has a different lifestyle than a single person’s lifestyle. It’s not necessary for all our cars to be consistent.”

Lee also suggested the success and positive reception of the Hyundai Ioniq 5 had opened up a new chapter for the firm’s design philosophy. 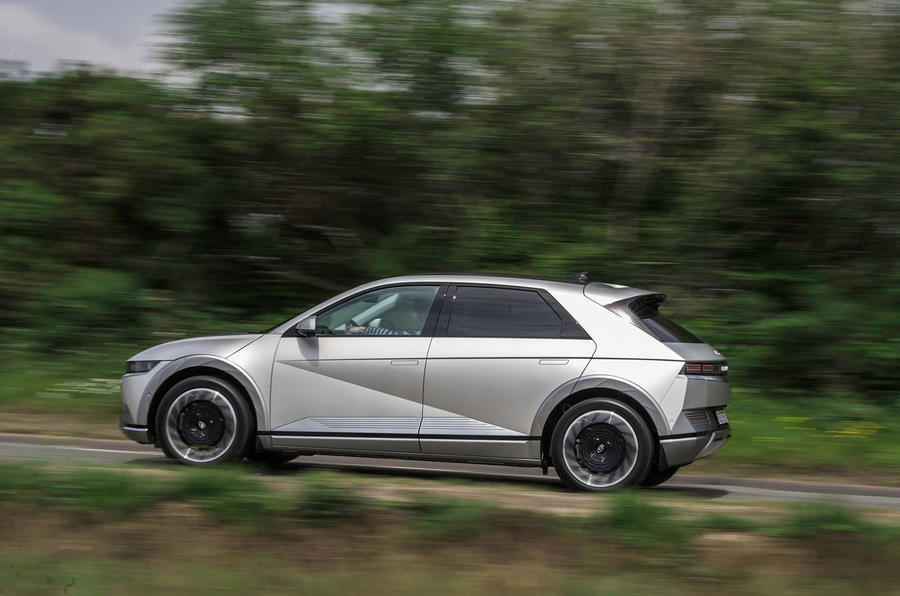 “The Ioniq 5 is a great success so far. It’s interesting because Ioniq 5 is all about respecting our past while moving forward. Instead of doing the retro design we bring them into a totally contemporary approach which has actually created a lot of freshness for the market. I think the Ioniq 5 has definitely opened up a new chapter for Hyundai design but this is only the beginning."

Hyundai’s next steps will be to progress from a brand known for its value for money into a more diverse market.

“We were a brand typically known for its value for money, but now we’re moving to be a more ‘design and living’ brand. Not only styling wise, but the UX and every dimension that we are challenging,” Lee said.

“We are also pushing for the pixel graphic which is important because it combines analogue and digital and creates a story out of it so we are always searching for a new theme.”

Lee wants to make a statement out of the Ioniq brand, with more emphasis on emotional value.

“Emotional value in an EV compared to ICE is obviously different,” Lee said. “The spectrum of Hyundai design used to be from here to here, but we want to have a wide spectrum of vehicle design in the future.

“EVs are no longer optional - they’ll be mainstream very soon. It’s actually the greatest challenge for a designer - how to make your EV different from everybody else's.

“What can make EVs special? EVs are actually smartphones with wheels. That’s how I see it - anything a smartphone can do, an EV should be able to do.”

Log in or register to post comments
Vertigo 17 May 2022
This is definitely the right move. Gives each model its own character, and allows the brand to cater for varying tastes. Can't expect everyone to love a design, but if you have a variety of designs, you can cover a wider range of customer tastes.

It's something I particularly loved about Jaguar in the late 2000s. The XK, XJ, XF and S-type all looked radically different, and it benefitted the brand greatly. Today most of Jaguar's cars have roughly the same corporate 'face', and brand appeal is one of their biggest problems.