BACK TO ALL NEWS
Currently reading: German bank reports EV firm Arrival running low on cash
UP NEXT
Lotus Emira vs Porsche 718 Cayman

Arrival will run out of money next year if it doesn’t find an alternative source of credit, German bank Berenberg has said.

The British EV start-up has been hit by the sell-off in tech stocks currently affecting the US market and has seen the value of its shares fall by 90% since it listed via a special purpose acquisition company last May.

“That's not enough to fund our expected 2023E [estimated] cash burn,” Berenberg analyst Michael Filatov said. “Given the current state of capital markets, we believe additional cash would likely come from a strategic partner such as UPS, Hyundai or a new entity”.

Arrival is hoping to generate its first revenue later this year when it starts production of the electric van at its Bicester facility in the third quarter.

The company has paused work on its first electric bus factory in Rock Hill, South Carolina, while it concludes trials of the vehicle in the UK, the company said in a filing published with the US Securities and Exchange Commission at the end of April. Arrival initially hoped to start production in the US this spring.

The company said it “doesn't expect to generate a profit until at least 2024” in the same filing. It also admitted to “material weaknesses in its internal control over financial reporting”. 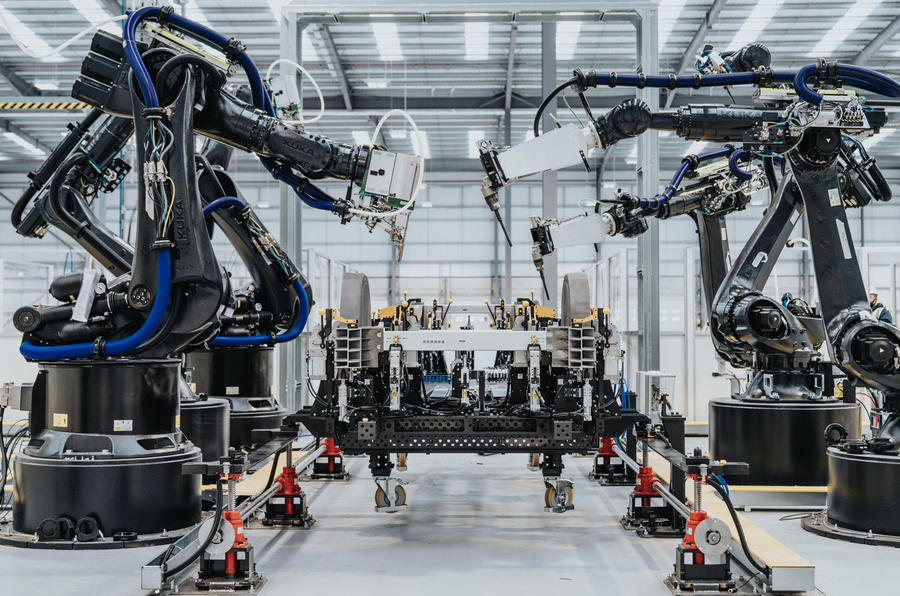 Arrival generated strong interest among stock-market investors keen to ride along with the company’s ambitious plans to create a ground-up electric van to take on the likes of Ford.

The company’s $100m investment from Hyundai, which took a 2.57% stake in the company, and UPS, which placed a non-binding order for 10,000 vans with an option for a further 10,000, pushed the company’s stock market valuation to around $13.6 billion when it first listed. The company is now valued at $1.2bn, based on its current share price.

Berenberg said it was modelling the completion of seven microfactories by 2025, compared with Arrival’s previous estimates that it would have 31 globally by that date.

Arrival said it had 134,000 non-binding orders and expressions of intent for its vehicles as of 2 March this year. Non-binding means there’s no obligation for those who made the order to go ahead.

The start-up has said it plans to spend $75m this year on its Bicester plant, which it characterises as its “lab” microfactory, where it has prioritised starting production on time of the Arrival Van, its key model.

As well as the bus and two van sizes, Arrival is developing an electric car aimed at ride-hailing companies such as Uber with a launch target of 2023.

Arrival confirmed to Autocar that it expects to end the year with cash reserves of between $150m and $250m. However, it said that the flexible production methods in its microfactories will allow it to operate with a low balance sheet if needed.

“We have the ability to ramp up and down costs quite quickly should we choose to do so,” the company said in a statement. "We have a large addressable market and there are significant industry tailwinds.

"We're in a good position for rapid growth with attractive margins.”