BACK TO ALL NEWS
Currently reading: BMW 2002 Hommage concept unveiled at Villa d’Este
UP NEXT
Meyers Manx beach buggy returns with electric power for 2023

The BMW 2002 Hommage, an M2-based compact coupé concept, has been unveiled at the Villa d’Este concours d’elegance in Italy.

Celebrating the 50th anniversary of the BMW 2002 turbo, the brand describes the 2002 Hommage as a design study that reimagines the engineering behind the original model. 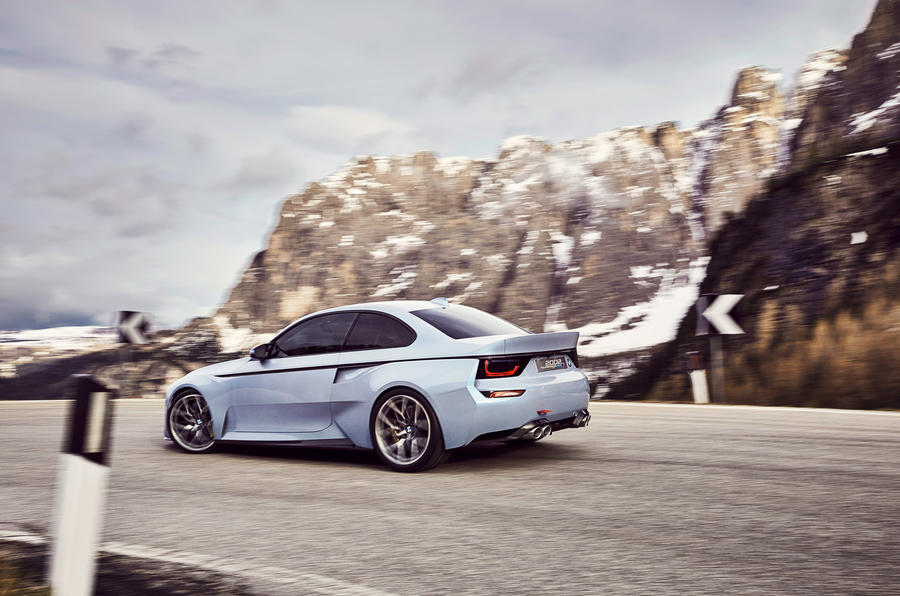 Based on the well-received M2, the new concept sits low, with compact proportions and a long wheelbase, while having short overhangs and a prominent so-called “shark nose”. Aerodynamic details include larger spoilers at the front and rear and a number of air intakes to optimise airflow and maximise downforce.

Reflecting the signature chrome strip of the original, the 2002 Hommage has a horizontal carbonfibre band around the shoulder line, which splits the body of the car into two distinct sections; the upper part of the roof, bonnet and boot lid use matt paintwork, while the lower body uses gloss paint and features distinctive lines across the flanks, including the wheel arches. BMW says they are designed to recall the homologated version of the BMW 2002 turbo “which needed broad extensions bolted to its body to accommodate a significantly wider track”. 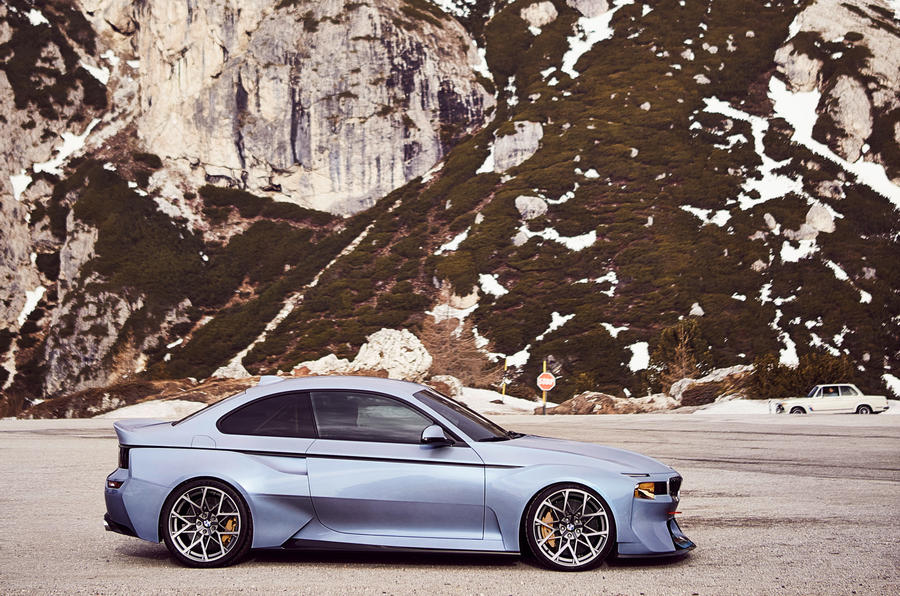 Like the BMW 2002, the concept has two single headlights and separate turn signal repeaters embedded into a full-width strip (in carbonfibre on the Hommage car) above them.

The car also features 20in alloys with bi-colour design and gold-coloured brake calipers.

“Exactly 50 years ago, the 02 range kick-started an era of success for BMW. This compact coupe is one of the vehicles which made the brand what it is today,” said Adrian van Hooydonk, BMW design boss. 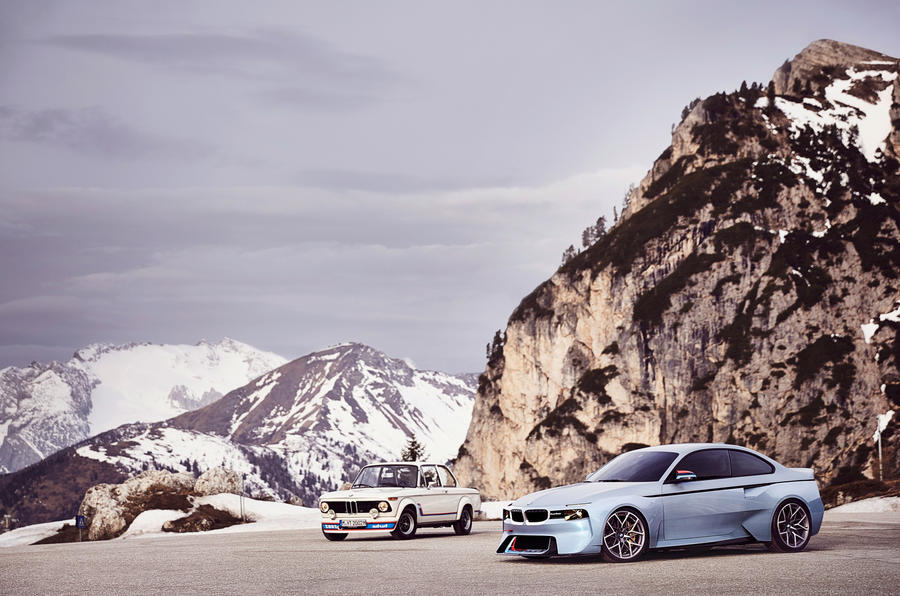 “The 2002 sat at the top of the range and was the first series-produced car anywhere in Europe to come with turbo technology. That set the seal on the coupé as a genuine sports car. At the same time, the 2002 turbo was at the technological vanguard of engine development at BMW. The BMW 2002 Hommage is our way of raising a glass to all these achievements.”

No powertrain or performance information has been released on the 2002 Hommage, with a BMW spokesperson saying the model is “a styling exercise to celebrate a car from the past, not a vision of what might come”.

Earlier this year, BMW unveiled an advanced new self-driving concept car at a gala ceremony held to mark its 100th anniversary at the company’s first ever factory, now home to its Classic department, in Munich, Germany.

One design feature that can

One design feature that can be used in the next generation of BMW cars is the move of the indicator to the top edge of the bonnet opening, as in the original 2002. This would give the car a distinctive BMW look. The rest of this concept car is an overstyled irrelevance.
Peter Cavellini 21 May 2016

YES please!,but i guess BMW have got the man veggies to do a limited run of this homage.
Peter Cavellini 21 May 2016

YES please!,but i guess BMW have got the man veggies to do a limited run of this homage.

Seems to be based on the 2

Seems to be based on the 2-series shell and not built with speed bumps in mind, obviously.Quite like it though.
View all comments (11)