BACK TO ALL NEWS
Currently reading: Ten ways to improve your electric car’s range
UP NEXT
Toyota GR Yaris: How Britain's Best Affordable Driver's car was born

From route planning to regenerative braking, these are our tips for getting the most out of your EV
Share
Open gallery
Close

For many potential EV customers one of the biggest potential stumbling blocks before purchasing is ‘range anxiety’. Yet with battery technology improving all the time, electric cars can travel further on a single charge than ever before. Even so, there are ways you can eek out your electricity reserves even further, so here are our top 10 tips for extending your range.

Okay, this might seem obvious, but the bigger the battery in your car the further it will go before needing to be recharged. Unlike some devices, such as laptops and phones, you can’t currently upgrade your EV’s cells once it’s been built, but you often get a choice when ordering a new car and when buying used. For example, the Nissan Leaf is available with either a 40kWh or a 62kWh battery, the former giving a claimed 168 miles of range, while the latter delivers an impressive 239 miles. Obviously the larger the battery the higher your financial outlay, but if you can stand the cost then this is an example of bigger really meaning better. 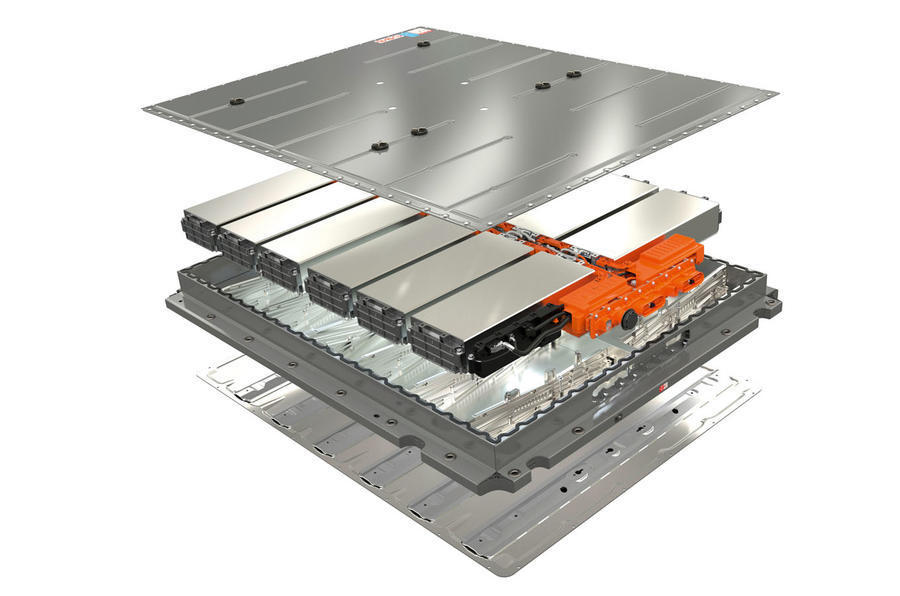 All EVs feature regenerative braking, a system that uses the electric motor as a generator to send energy back into the battery every time you lift off the accelerator or brush the brakes. It’s usually only a small amount of electricity that’s generated, but use the set-up effectively to avoid engaging traditional friction brakes and you can add more miles to the range than you'd think. This is particularly true of EVs that allow you to alter the level of resistance from the generator to deliver a stronger braking effect therefore releasing more energy to be ploughed back into the battery. Cars such as the Nissan Leaf, MINI E and Peugeot e-208 can effectively be driven in one pedal mode, allowing you to come to an almost complete stop without ever touching the traditional friction brakes.

Perhaps one of the neatest tricks you can perform with an EV is to pre-programme its charging and heating programmes from the comfort of your armchair. The air-conditioning system requires a fair amount of energy to run, especially when it is trying to warm or cool the cabin in extremes of temperature. So it’s best to get this done when the car’s plugged in and charging, then all it has to do when you’re running is maintain a set temperature, which uses less energy. This feature is particularly useful when the weather is at its coldest, as you can pre-condition the cabin’s temperature, demist or defrost the windows and even set your heated seat while the car is still charging, helping to preserve the battery’s power for driving.

One of the keys to a strong battery is correct charging, as better conditioned cells perform better and live longer. Given that the majority of journeys are short hops with frequent top-up charges when you return home, then most of the time it’s best to charge the battery to 80 percent of its capacity. Not only is this faster, it means you avoid the last 20 percent of charge that is slower and heats the cells more, potentially degrading them. When you do need the car’s full range capability, then you can charge the battery to its maximum capacity safely in the knowledge that the cells will be at their best and that the available range will be optimised.

It’s not just a question of how far you go in your EV, it’s also how you get there. The more time you spend on high speed routes such as motorways and dual carriageways, the greater amount of energy you’ll need and the quicker your predicted range will tumble. Plan your route carefully, however, and you can get more kilometres for your kilowatt. Happily you won’t need to spend hours poring over your road atlas to figure out an efficient route, because most sat-navs will do it in seconds. With a little more than a few taps on a touchscreen you’ll find an option for the most economical route. Sure it’ll take a bit longer from A to B, but it’s also possible that reduced energy use might mean you’ll go further on a charge and not have to stop off for a time-consuming top-up. 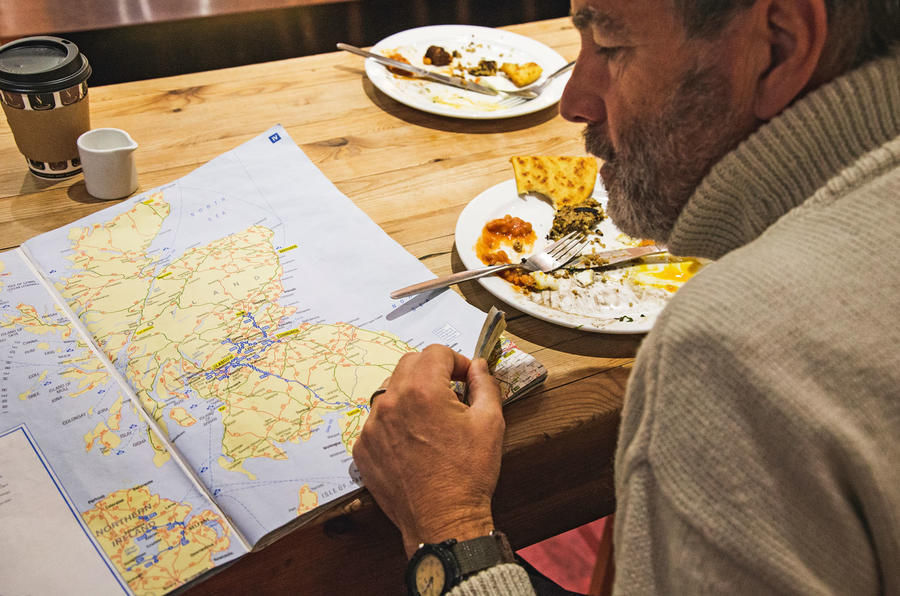 The faster you go, the more energy you use - that’s just physics. This is true of all cars, regardless of power source, but it’s especially so for electric cars. Instant torque and an ability to spin at tens of thousands of revs means that almost all electric cars only have a single ratio in their gearbox (the exceptions being the Porsche Taycan and Dual Drive Teslas - the latter gears the front and rear motors differently). Single speed transmissions mean the motor works harder the faster you go, with quicker motorway speeds taking a particular toll on battery range (power consumption jumps by about a quarter between 50 and 70mph). Keep the speed down and you’ll make the electricity last longer. The same is true of acceleration, and while it's tempting to indulge in the quick off-the-line blasts that EVs are capable of, a more gentle approach to gathering speed will use a lot less energy and so keep you rolling for longer.

Taking the path of least resistance is always going to reap rewards when you’re looking to maximise energy use. Avoid the temptation to revel in both lead-footed acceleration and demon late-braking and you’ll not see miles drop from your range indication faster than they roll under your wheels. By honing your anticipation and concentrating on reading the road ahead you’ll be able to carry more speed everywhere - through the corners, over roundabouts and out of junctions. This will mean you can take a gentler approach to the throttle and brakes, helping rinse some extra miles for the range. More importantly, you’ll become a better and safer driver in the process, while also having more fun as you aim to keep up the average speeds without taking a heavy toll on the battery.

It’s not just the electric motor that has an effect on an EV’s range - there are also all the car’s ancillary functions, such as heating, lighting and infotainment. These systems have a surprising effect on battery life, and if you set the heater to maximum in many electric cars, you’ll instantly see a couple of miles drop off the range indicator. So it's important to make sure you’re managing these energy drains as efficiently as possible. Pre-conditioning the car helps, but once moving set the climate control to its ‘eco’ setting, which normally disengages the air-con compressor. Most EVs also have heated seats, which will keep you warm while using fewer amps than the heater.

Mass is always the enemy of efficiency, so make sure your EV is as light as possible. We’re not condoning anything as extreme as stripping out seats and sound deadening, but do make sure the boot isn’t full of clutter. Slippery aerodynamics also help, so always remove roof racks and bike holders when not in use. And believe it or not, a clean car will genuinely scythe through the air with less drag than a dirty one, so frequent washing and waxing will always pay off. Tyre pressures are crucial too, with underinflated rubber increasing rolling resistance and taking a toll on the range. 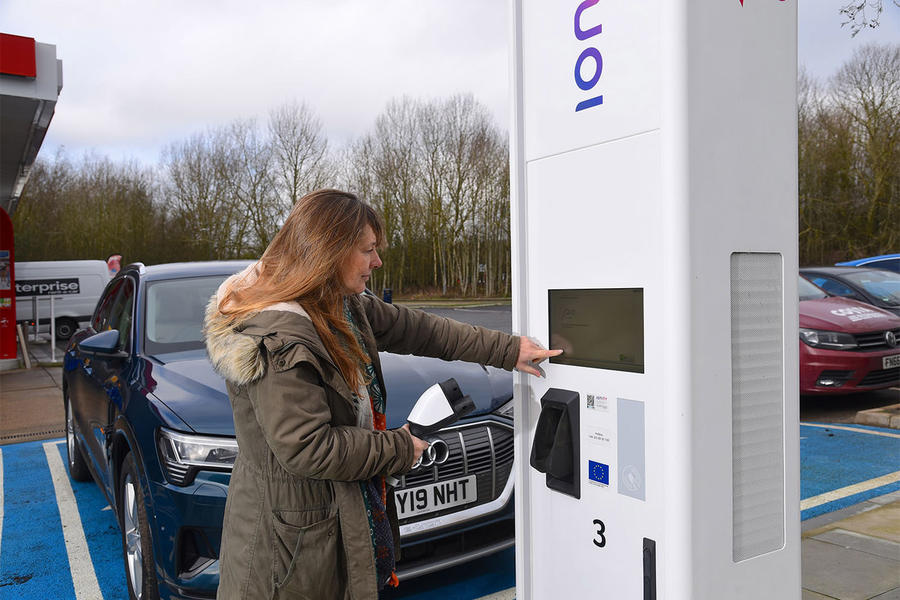 Okay, so this one’s a bit of a cheat, but in terms of cracking range anxiety it’s a sure-fire winner. Essentially, whatever journey you’re undertaking, try and factor in a bit of charging time. So whether it’s a trip to the supermarket, a dinner date or an outing to the gym, aim to make it somewhere that there’s a charging point. Even on longer journeys where you might have enough predicted range to make it without stopping, factor in a break for a tea or coffee so you can unwind and the car can take on charge. This way you’ll rarely worry about the range.

How to charge your electric car at home

Or swop it for a diesel!

X4dow 13 January 2021
Terrible advice.
Another idiotic journalist saying that maximising regening is more economic when it's the exact opposite that's true.
The more you regen, the less economic is your driving.

Regen is more economical than brakint alone, absolutely, but coasting is far more efficient than regen.
Si rle pedal driving/heavy regen is very wasteful, you're better off anticipating slowdowns/stops with little or no regen further back. Far more economical.

Not sure the advice on regenertive braking is correct. From a theorectical engineering standpoint maximising anticipation and minimising regeneration would reduce the 10% to 20% round-trip losses of charging and then discharging the battery? Weighing up the level of regeneration versus anticipation I guess might depending the vehicle, traffic and the route?

If you're driving at 70 and heavy regen to a stop, for example in 400 meters distance, and for example that regened electricity allows you to drive another 300 meters, then if you just coasted from 70, you would have rolled to a stop for 1000+ m instead.

These are no exact figures, just a way of visualising your correct idea