BACK TO ALL NEWS
Currently reading: How safe are electric cars?
UP NEXT
BMW opens door to M1-inspired electric supercar

How safe are electric cars?

Batteries and high-voltage electrical systems can pose a fire risk - but in reality, EVs are just as safe as other cars
Open gallery
Close

Many potential EV owners are put off by range anxiety, but a number also worry about safety. Powered by highly flammable batteries and packing high voltage electrical systems, it’s easy to see how these machines could give cause for concern. In reality, though, electric cars are just as safe as any other, thanks to a range of neat features aimed at protecting occupants and other road users. Here’s our comprehensive EV safety guide.

Are electric cars safe in an accident?

First off, it’s important to keep in mind that all electric cars are built to meet the same strict design and manufacturing regulations as their petrol and diesel counterparts. Essentially, they go through the same carefully wrought process, with an almost obsessive amount of time spent on making these machines as safe as possible. And to highlight the hard work, most manufacturers then subject their EV offerings to Euro NCAP assessment, with almost all performing as well as similarly-sized and equipped internal combustion models.

Strong structures, extensive crumple zones and multiple airbags ensure that occupants are as well protected as possible in the event of an accident. In fact, with the extra mass of their battery packs and the need to absorb the increased energy they create in a collision, it’s arguable that EV designers have to work even harder to attain outstanding crashworthiness.

One area of concern, however, is fire. A few years ago a spate of high profile EV accidents that resulted in cars burning to the ground caused nervousness among new car buyers. Now, you might think fire is more likely in an internal combustion (isn’t the clue in the name?) car, particularly one powered by a substance as flammable as petrol, but in fact an EV is just as likely (or unlikely as we’ll find out) to suffer from a conflagration after a collision.

Should the worst happen, the biggest potential problem with an EV’s lithium ion battery is something known as thermal runaway. Essentially, if one of the cells gets damaged and short-circuits there’s a chance the flammable electrolyte inside can ignite, becoming hotter and hotter as it uses up all the stored energy, burning in excess of 1,000 degrees celsius. If this increased heat damages neighbouring cells, it can cause a chain reaction where the hundreds or thousands of cells also begin burning in an ever increasingly fierce fire that can be impossible to extinguish - instead you have to wait for it to essentially ‘burn’ itself out.

Yet while this sounds terrifying it’s actually extremely unlikely, with the latest generation of EVs engineered to avoid this situation. For starters, the battery is very well protected in a crash resistant structure that’s mounted as low in the car as possible and as far away from potential impact areas. Polestar, for example, has even developed two deformable aluminum structures either side of the front bulkhead of its Polestar 2 model. Known as SPOC (severe partial offset crash) blocks, these prevent the front wheels from striking the battery during a frontal collision. 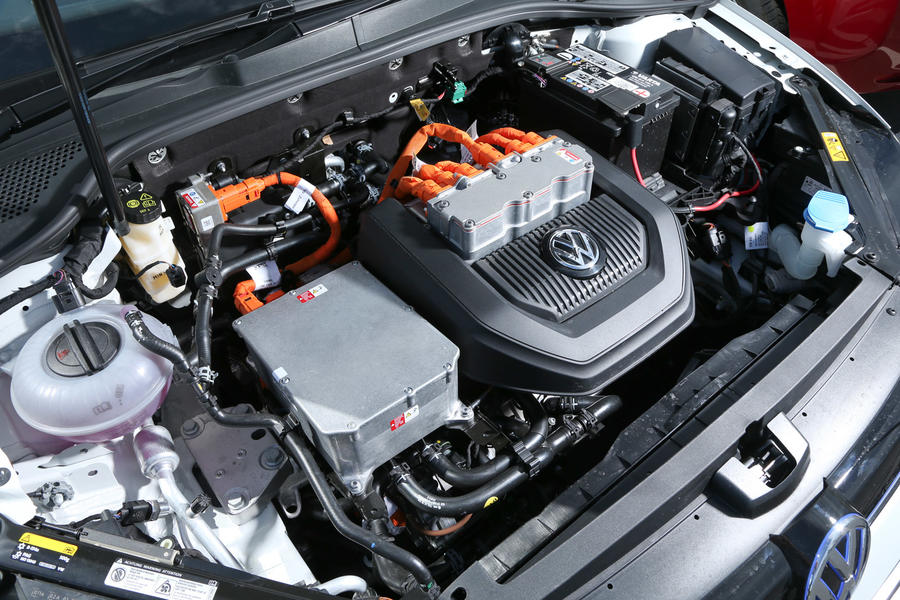 The individual cells themselves are surrounded by advanced phase-change materials that help absorb heat and reduce the risk of nearby cells overheating.

With such high voltage electrical systems, EVs also require special measures to ensure the occupants and attending emergency services aren’t shocked in the aftermath of an accident. Many electric cars operate at 400 volts, while Porsche was the first to launch an 800 volt set-up. At these sorts of voltages any contact with damaged cabling could prove life-threatening.

Fortunately, EVs have safety systems that automatically isolate the battery in the event of a crash. When the car’s various sensors determine a collision has taken place, special pyro-fuses are fired that sever the high voltage cables, effectively disconnecting all the power. German automotive specialist Bosch has also developed a system that drives a small wedge into the cable when the airbag is triggered.

Of course it’s not just the occupants of EVs that have concerns about safety - there are also many pedestrians and cyclists that are worried. We’re all told to ‘stop, look and listen’ when crossing the road, and it’s the last of these actions that’s trickiest to achieve with near silent electric cars. This is particularly true in urban areas, where speeds aren’t high enough for the usual tyre roar to be a giveaway. In fact, research carried out in 2015 suggested that EVs were 40% more likely to be involved in accidents with pedestrians.

However, as of 1 July 2019 it became a legal requirement for all new electric vehicles to be fitted with an electronic noise emitter. Most cars have two devices, usually mounted behind the front and rear bumpers, that generate sound at a frequency that’s similar to an internal combustion engine at a similar speed. It’s particularly noticeable when parking, emitting a low whine when the car is manoeuvering.

Can you charge an electric car in the rain? 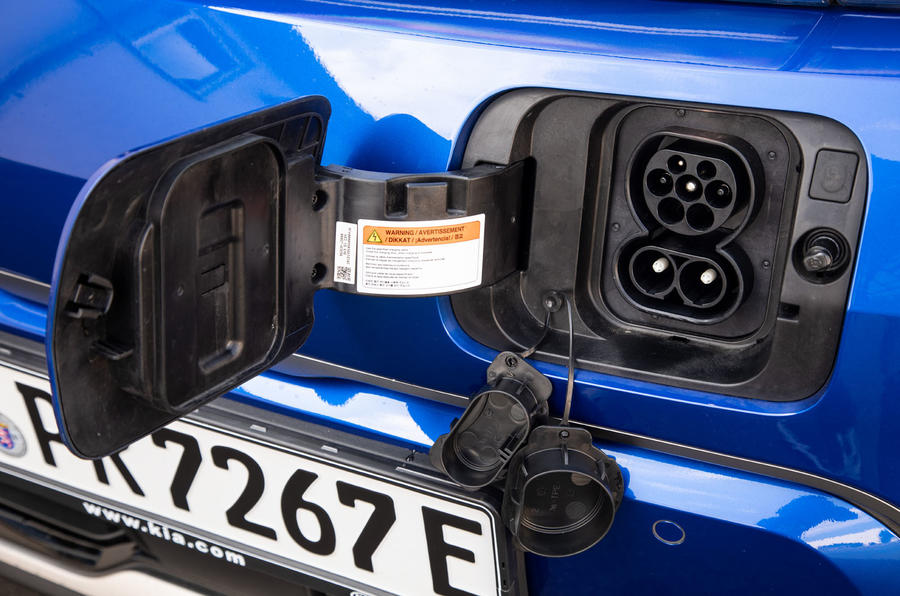 It’s a sensible enough question. After all, we’re always told that water and electricity don’t mix, so it’s only natural to conclude that plugging into a high voltage electrical system when it's raining is a recipe for disaster. Happily, the reality is nowhere near as shocking.

For starters, the electrical charging plug and the socket in the car are carefully designed to make sure there is very little ingress of water or dirt particles, while charging stations themselves are weather proofed. More importantly, both the chargers and the car’s onboard systems are highly sophisticated, with no electricity flowing into the car until a number of checks have been performed, including whether there’s water in any of the connections. In short, you can plug-in with confidence regardless of the weather.

How to charge your electric car at home

Log in or register to post comments
Cobnapint 10 February 2021
The batteries may be housed in a crash resistant structure - but that's not a crash 'proof' structure.
Any hint of damage to the cell block in an accident will mean the whole lot will have to be replaced. Very expensive. Is this reflected in insurance premiums?
Chris C 10 February 2021

It is not the case that contact with 400v DC could prove life threatening. There is no could about it. You will die, eg due to heart fibrilation and muscle lock preventing you from letting go.  There is a lot of discussion about safe DC voltages and it can depend on current levels and if the contact is subcutaneous but 48 to 60 volts DC is generally accepted to be the safe limit.