BACK TO ALL NEWS
Currently reading: Advertising Feature | Video: the new BMW M3 and M4 on-track
UP NEXT
Hope for Bloodhound LSR project as sponsor talks start again

If William Shakespeare had been as passionate about fast-paced German saloons and coupes as he was about sonnets and couplets, he would have loved the BMW M3 Competition and BMW M4 Competition. Like Romeo and Juliet, BMW’s star-crossed new M cars blend dramatic visual flair with spine-tingling performance, all driven by an unrelenting passion to create cars with truly compelling character.

That’s why we took them to Bedford Autodrome – the perfect stage on which to tell the tale of the track-focused tech under their skin. In the BMW M3, four-times BTCC champion and Team BMW West Surrey Racing driver Colin Turkington. In the BMW M4, former racer turned ITV4 commentator Paul O’Neill. Let battle commence. 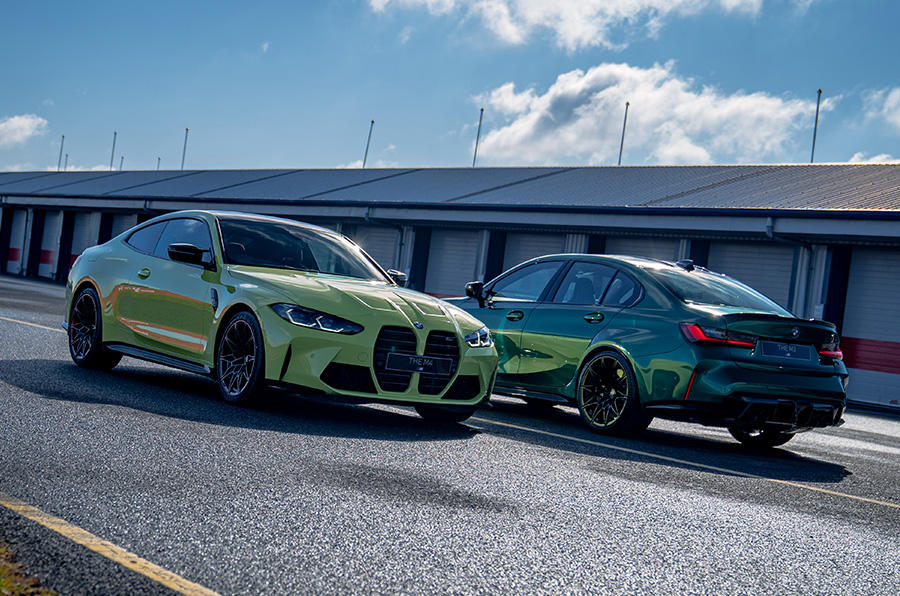 Colin, on the other hand, favours the BMW M3. “I’ve always liked that iconic four-door saloon shape with the wide muscular rear arches,” he says. “The Isle Of Man Green really sets it off, especially with the Carbon Pack. Those carbon wing mirrors and the rear diffuser with the big exhaust pipes look absolutely class.”

Kerb appeal is one thing, but we didn’t bring the BMW M3 and M4 to one of Britain’s most popular track day circuits just to look at them. They’re here to be driven. 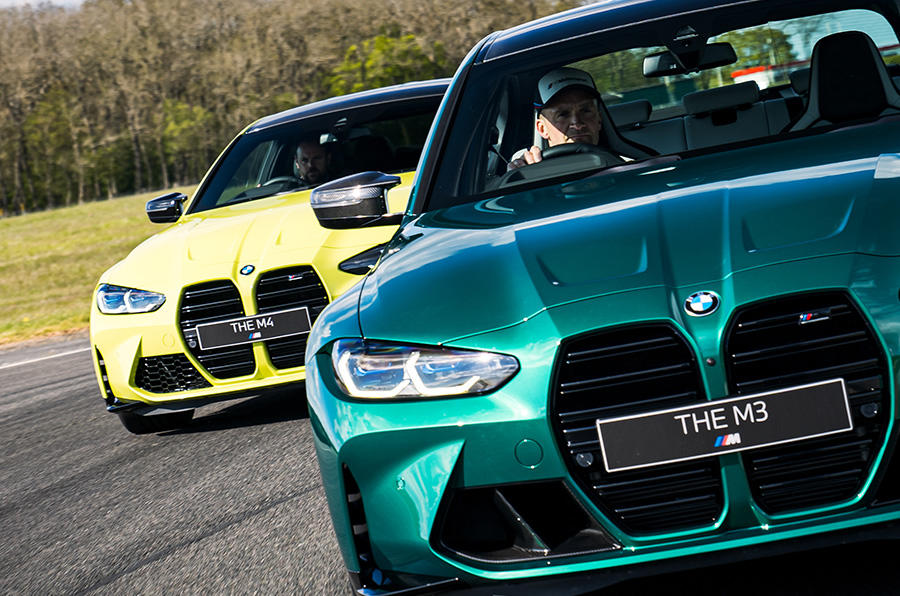 After a few warm-up laps, Paul and Colin are suitably impressed by their first taste of BMW’s new M models. “The power from the straight-six is so impressive,” says Colin as he emerges from the BMW M3 Competition. “Equally, it’s so light, responsive and grippy, it feels glued to the road. Even for someone used to the performance of a race car, the BMW M3 has everything. I couldn’t imagine needing to go any faster.”

Paul, who has been warming up the BMW M4 Competition’s tyres with a succession of smoky drifts, describes another BMW M sensation that is essential to its DNA.

“It’s the noise of that straight-six that does it for me,” Paul admits. “When the engine is on-song, and when you’ve got the tail out, there aren’t many other cars that you can drift on such big angles, with big throttle and that six-cylinder note. When you’ve got that, you absolutely know you’re in a BMW M car.” 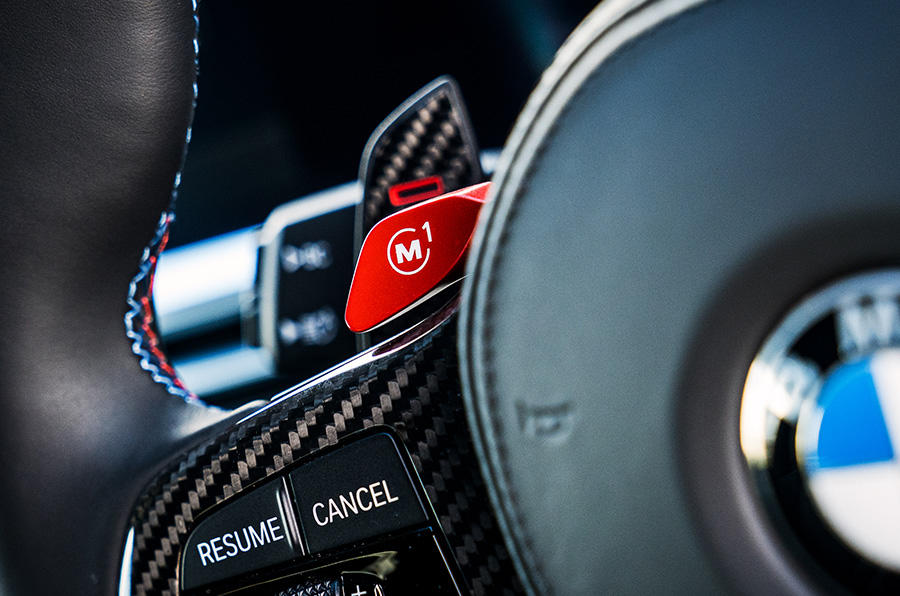 The reason we’ve brought Colin and Paul to Bedford Autodrome is to sample the BMW M3 Competition and BMW M4 Competition’s new high-tech track-focused driving tools, which have been engineered to help drivers enjoy (and exploit) every ounce of the BMW M3 and M4’s performance with even more confidence – especially in the safe unfettered environment of a track day.

Modern BMW M models have long boasted impressive in-car customisation that lets you tweak every element of your car’s handling to your exacting taste – with M Mode letting you choose settings for road, sport and track, and M Setup offering a wealth of options for throttle and engine response, damper stiffness or steering weight.

The latest-generation BMW M3 and M4 take this to the next level – offering a glut of fresh new tools that deliver even more ways to fine-tune your car’s handling. M Drive Professional’s 10-stage M Traction Control, for example, lets you fine-tune the grip and slip of the Active M Differential, whether you’re matching changing circuit conditions, building your on-track confidence, or showing off your drifting skills.

And, whether you prefer to spend your track days doing dramatic drifts or honing your lap times with fast and precise cornering, M View strips back all of the visual distractions to let you focus purely on the driving, while the M Lap Timer and M Drift Analyser let you record and share the best bits of your day. 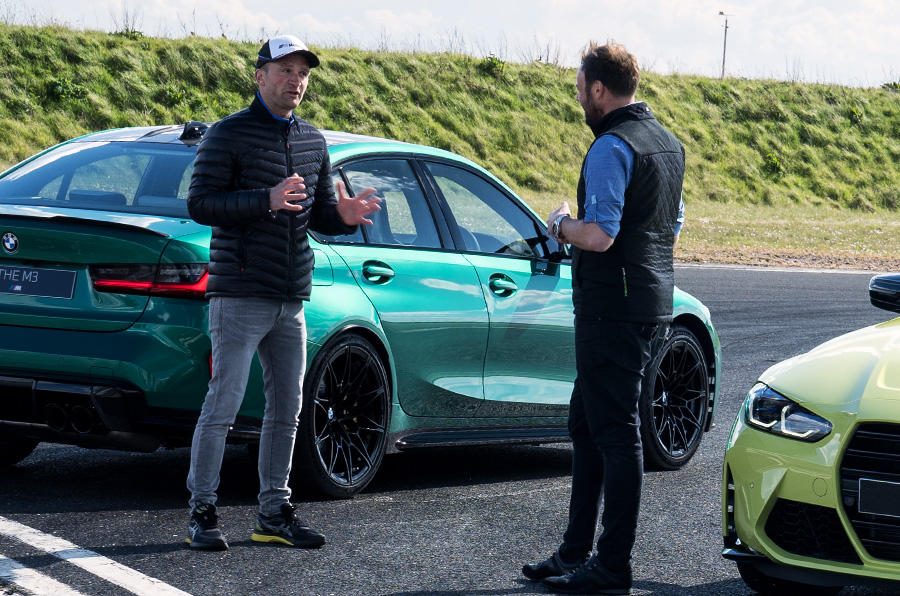 A thrilling experience, with rave reviews

After chasing each other round the Bedford Autodrome, Colin and Paul pull into the pitlane – a swathe of tyre smoke settling slowly in their wake. Both admit they’re hugely impressed by the capability and customisability that make the new BMW M3 Competition and BMW M4 Competition so much fun to drive.

“I’m just flabbergasted by the technology in BMW M cars today,” says Paul. “To drive a road car on the track, and for it to feel like a race car, with this ability to change the performance and handling characteristics of the car electronically is unbelievable. Even to the point of changing the feel of the brake pedal. That’s such a cool feature.”

“I also love M View: delivering all the key info with the sporty display, while shutting down the central touchscreen. It’s great to have all the tech features for the road that you expect from a premium car, but it’s the last thing you need on-track. You just want big revs and your speed, so you can see if you’ve made a better exit to the last corner. M View is that ultimate correlation between road car and race car.”

As someone used to having the ultimate levels of setup adjustability in his BMW 330i M Sport BTCC race car, Colin has enjoyed playing with M Drive Professional’s 10-stage M Traction Control. “Being able to change the traction for different circuits, and as conditions change, would be awesome in my race car,” he admits.

But, free from the pressure of delivering precise BTCC lap times that are contested to thousandths of a second, Colin has also been enjoying the BMW M3’s more light-hearted character. “You can’t help but have bags of fun with M Drift Analyser,” he says. “Who can drift the longest? Who can get most stars? It’s the same with the M Lap Timer. It sets a benchmark for you to keep exploring the performance of the car, as a well as giving things a competitive edge with your friends.” 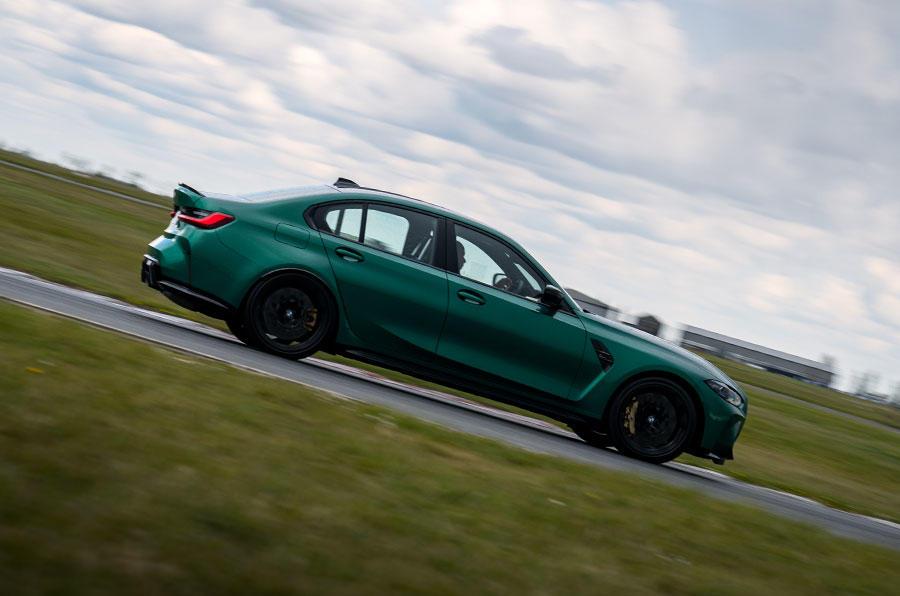 The BMW M3 Competition and BMW M4 Competition that Colin and Paul have been driving today are the rear-wheel drive models. But, available on both this summer is M xDrive all-wheel drive – adding another dimension to both cars’ character.

As Paul explains, M xDrive delivers the best of all worlds. “I’ve got M xDrive on my BMW M5 Competition,” he says. “You have all the forgiveness of all-wheel drive and loads of grip. But, flick a button and you’ve got that rear-wheel drive character that BMW is synonymous with. Whether you’re on the road or on the track, it gives you confidence and an extra degree of security, but it also gives you choice.”

That’s a view shared by Colin. “As a race driver, rear-wheel drive is my default,” he says. “It’s what rewards me; it’s what I enjoy. But, to have both all-wheel drive and rear-wheel drive on a performance car – for people who may be sitting on the fence, it takes all those arguments away.” 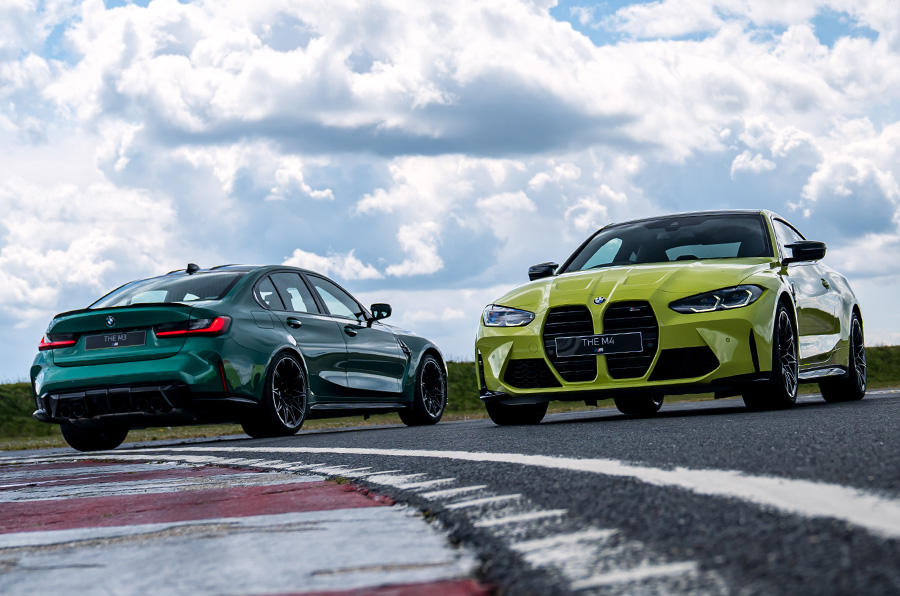 Parting is such sweet sorrow

After a day at the wheel it’s almost impossible to tear Colin and Paul out of the BMW M3 Competition and BMW M4 Competition. But, tear them out we must. As the sun sets on the Bedford Autodrome, there’s just enough time to get their final verdict.

As both drivers explain, the ever-constant improvements to BMW’s raw-edged performance and confident handling continue to amaze. But it’s the advanced track-focused tech of the new BMW M3 and M4 that has truly changed the game. It opens the performance envelope: giving drivers more confidence and more choice, while empowering them to enjoy even more of the car’s torque and grip on a track day.

“When you drive a high-performance road car on the track, they generally feel quite nervous,” says Colin. “You’ve got so much power and grip, you’re almost afraid to use it. The technology on the BMW M3 and M4 gives you such scope to adapt the car – whether it’s for your ability, for the circuit, or for changing conditions.”

And that means even more fun for more driving enthusiasts – whether hardened track day drivers, or first-timers. “With the new BMW M3 and M4, BMW have created a car that is adaptable to anyone,” says Paul. “You can drive as enthusiastically as you want – with as much or as little help from the electronics as you need.

“Some of the slides we’ve done today, I’ve not drifted at those angles in any other car. The power, the delivery, being able to have the throttle wide open and being able to hang onto it with absolute confidence. It really does respond to whatever you throw at it. The BMW M3 and M4 move the game on massively.” 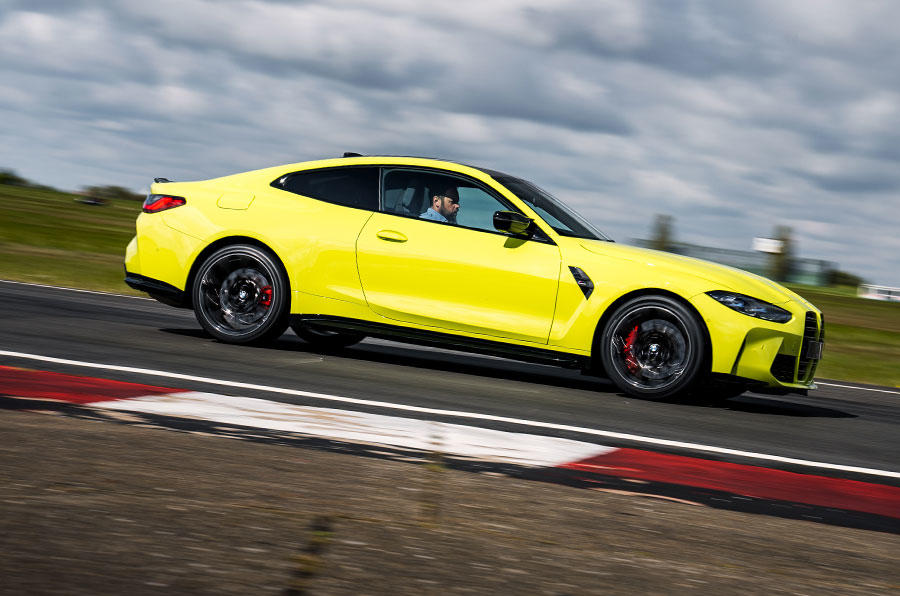