BACK TO ALL NEWS
Currently reading: Abarth revived: how the Italian brand has reinvented itself
UP NEXT
Future BMW M3 to be ‘groundbreaking’ EV with traditional feel

Abarth revived: how the Italian brand has reinvented itself

When Mario Alvisi returns to his office, he quite often finds  a sketch on his desk. Today, there’s another one, from no less than Roberto Giolito, the chief designer of the current Fiat 500.

Giolito’s pencil sketch is of a sexy little coupé that's just the kind that once made Abarth famous. It’s labelled ‘Bialbero 750’, clearly referencing the Fiat-Abarth 750 Zagato, a pretty little thing from the late 1950s.

Alvisi is Abarth’s head of operations and his office is located at the heart of the brand’s Officine Abarth headquarters, a purpose-built complex that includes a large workshop where tuned cars are prepared and another workshop where Abarths are restored. In the stylish foyer and beyond are displays of historic and current Abarths. There’s also a recreation of the office of founder Carlo Abarth, complete with his original desk and chair, the wall atmospherically pinned with period photographs. It’s hard not  to get enthused within minutes of entering the place. Officine Abarth is next door to Centro Stile, the chief design studio for the European brands within Fiat Chrysler Automobiles (FCA), which is why Alvisi frequently gets sketches dropped on his desk, along with plenty of other suggestions for this increasingly vibrant brand. He has been  in the job only a few weeks, having arrived from Alfa Romeo (and, before that, Ducati) as a self-confessed “brand addict”. He’s also an enthusiast, as a glass cabinet full of memorabilia and models attests. (In there are Abarths and an Alfasud, his dad’s one-time family wheels.) We’re here to find out where Abarth has got to and where it’s going next now that this reborn marque has been in business for a decade.

The model that fired the  gun on the rebirth in 2007  was the Abarth Grande  Punto, which was joined by  the Abarth 500 a year later.  As with its Fiat sibling, the  Abarth 500 has evolved into a  heap of different editions, convertible included, featuring an array of power outputs, trim variations and limited editions. At least as exciting as these was the arrival in October last year of the Abarth 124 Spider. The Scorpion unexpectedly acquired the chance for a two-seater after FCA boss Sergio Marchionne changed his mind about Alfa Romeo using Mazda’s Mazda MX-5 as the basis for a new Spider. Fiat got the car instead, allowing Abarth to profit. A bit too much, perhaps, given the rather lofty prices for the otherwise tempting Abarth Spider.

Abarth's continued mission to turn the Fiat 500 into a hot hatch doesn't lack enthusiasm, but is missing the refinement seen in its more well-rounded rivals Appealing products have given Abarth momentum but, as Alvisi explains, there’s more: “The real change came in 2015, when sales doubled. It was 4000-5000 at the beginning and has now grown to over 18,000 [for Europe, Middle  East and Africa] last year.” The big leap was achieved by increasing the number of FCA dealers holding the Abarth franchise, allowing more cars to find more owners. And it’s selling more tuning kits, too, with shipments of the wooden crates that Abarth sends parts in exceeding 10,000 units.

Raising Abarth awareness has been a mission. “Where there’s passion, there’s a community across the brand,” says Alvisi of something he learned while working for Ducati. “Interest in Abarth was growing,  so we opened The Scorpionship 16 months ago and gathered 100,000 people through social networks for events, track days and technology workshops. We want to put people in the cars and in touch with the history, and we need people to get on track with the cars. If you don’t drive an Abarth, you won’t understand.”

You can join The Scorpionship as an owner or a dreamer. And collectors of older examples now have a register, as well as a factory restoration service, which has already completed more than 10 cars. These activities are as much about burnishing the desirability of Abarth as highlighting the romance of restoring old models. Alvisi points out that “the residual values of Abarths haven’t collapsed”, as a look online at older used examples confirms. “Strong used values are fundamental for success,” he adds. Is it success that might prompt Abarth to build something in the spirit of its coachbuilt beauties from the 1950s and 1960s? “You cannot come in here and see these old cars and not dream of those kind of cars,” says Alvisi. “But you have  to be clear about what you need to  do now. It’s got to be step by step. We cannot dream without stable roots. We need to be profitable for FCA and establish ourselves as a stable, global brand that can go in all countries. We’ve done a good job in Italy. We’re on the right lines in the UK, Germany and France. But there’s a lot of scope still. I see a lot of space to do this once we get the market share up in those countries,” he says. “Iconic brands need something that goes directly to your gut. It’s about heritage, but it’s also about the present.”

Alvisi won’t be drawn further, other than to grin and wave Giolito’s Bialbero 750 sketch at us. No, we can’t photograph it, he says, but the existence of this sketch, and many others, should be cause for hope.

Four stars from Abarth's back catalogue: Derived from the rear-engined 600, it could be had with a mildly modified standard 600 shell or coachbuilt bodywork, as with this Zagato. 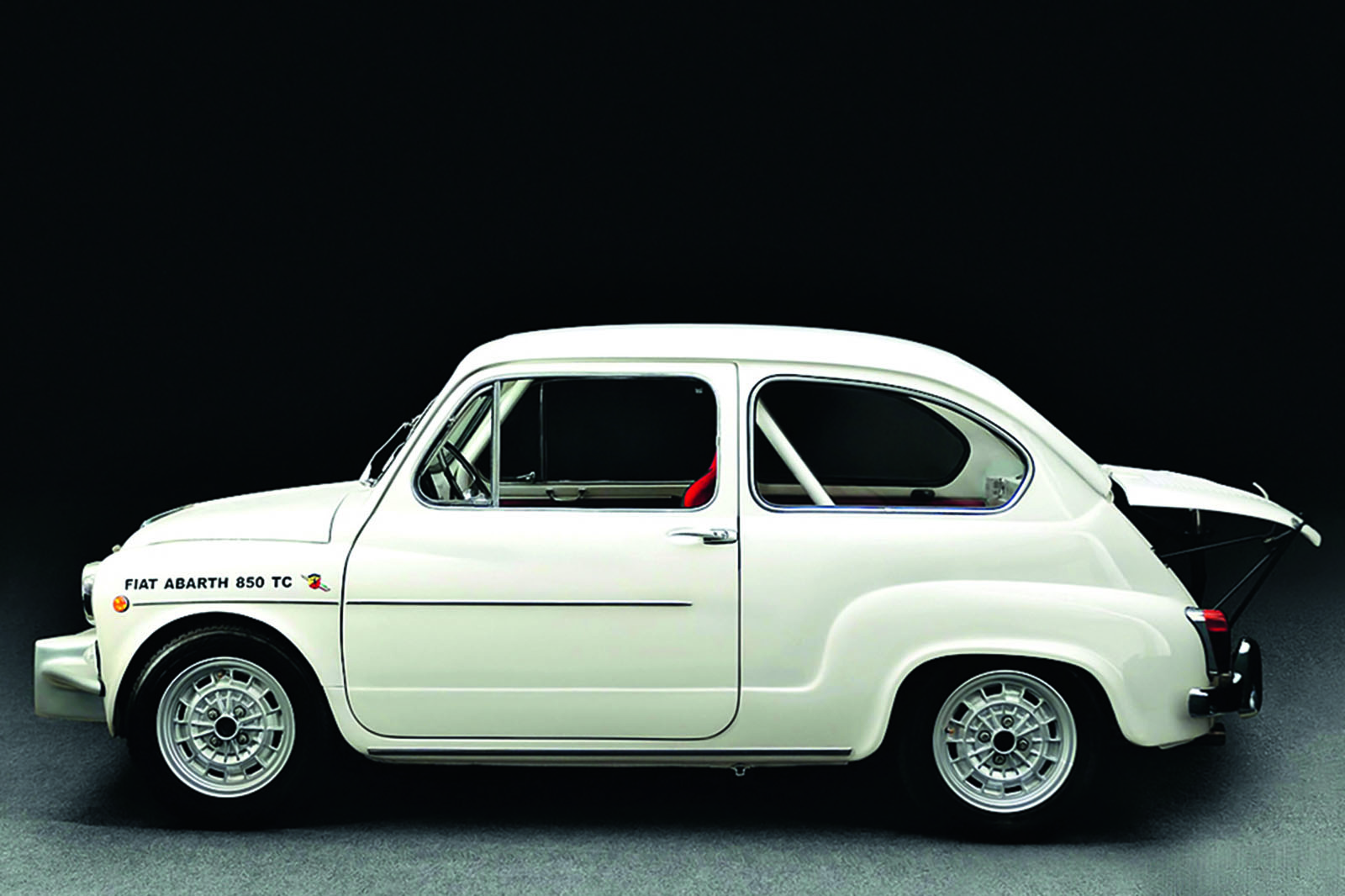 The 600 became ever faster, famously sporting a heat-dissipating open engine lid and an extended front bumper containing an oil cooler. The 850 produced 51bhp to push 793kg. 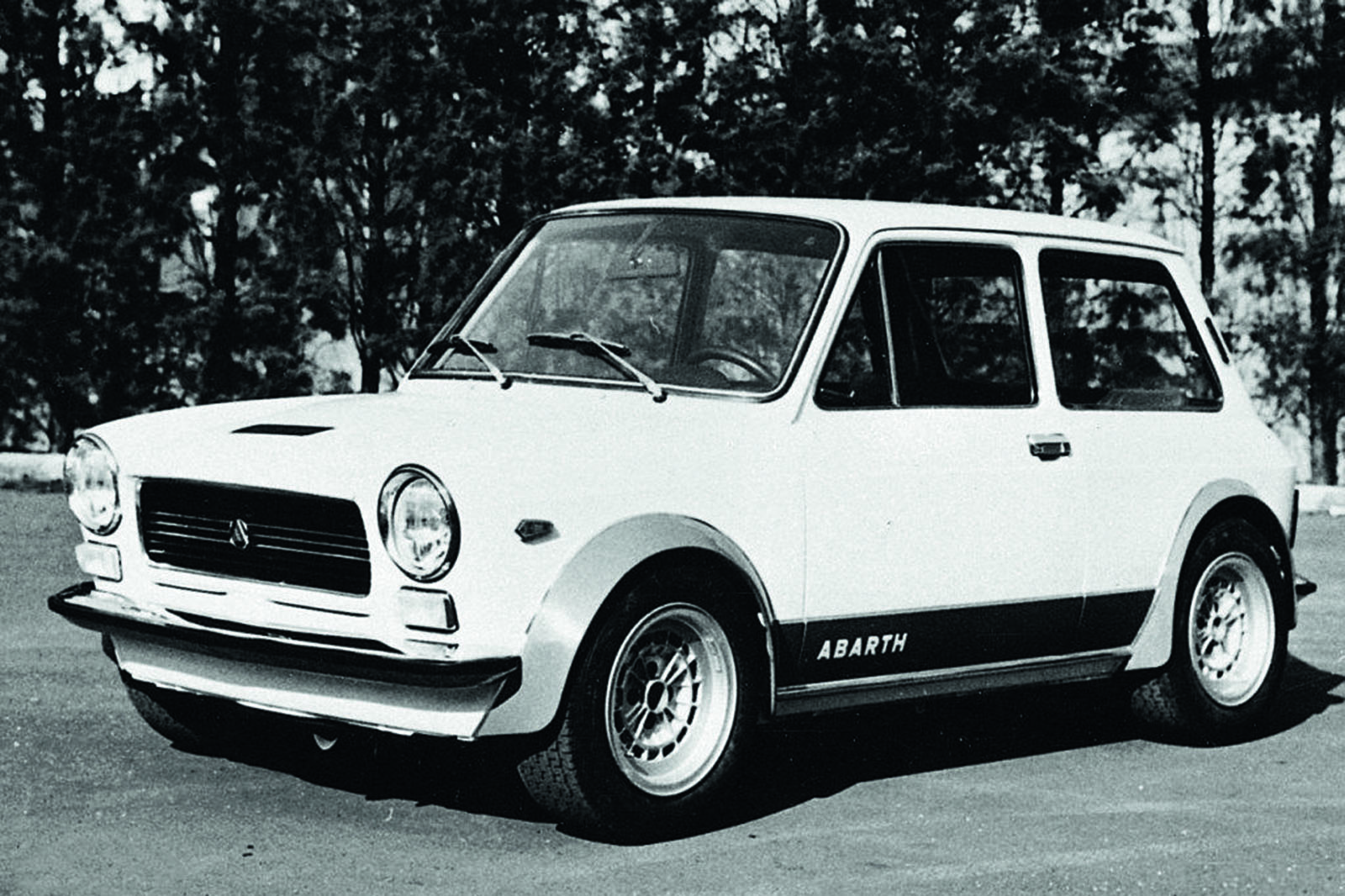 Not sold here, but the Lancia Ypsilon  is its descendant. It did much to keep the Abarth name alive in the 1970s, its 70bhp and 700kg combo a big European hit. 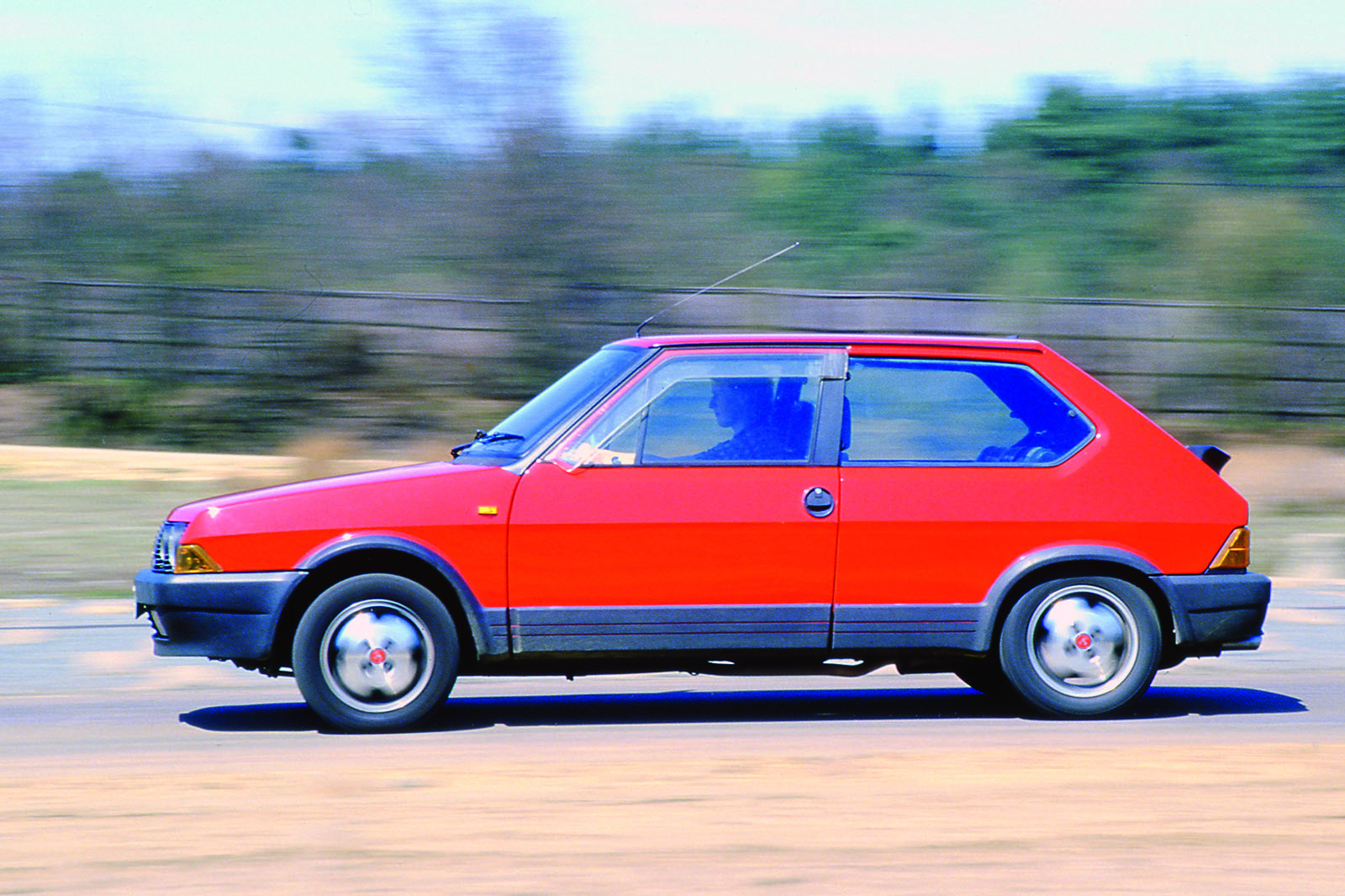 There was a near-revival of Abarth with this car, the only desirable version of the Strada and a rorty Volkswagen Golf GTI rival with low-key Abarth badging.

As long as they keep the cars relevant and cool. Unlike the Stilo 2.4 and the aftermarket body parts for the Seicento. Some real motorsport (touring cars championship or rallying) would not be out of place.
MarkII 17 September 2017

Instead it was a Typo :)

Bloody hell, that was supposed to be Tipo. Damn phone.
View all comments (4)