BACK TO ALL OPINION BLOGS
Currently reading: Matt Prior: Is the M 1000 RR the BMW M3 of motorbikes?
UP NEXT
Opinion: Why the Festival of the Unexceptional is an annual highlight

It took 48 years for BMW to put an M badge on a motorbike.

The company established its motorsport division 50 years ago, and if you didn’t know that already, it’s something that BMW will regularly remind you about throughout 2022.

But while M worked on racing cars straight away and produced the BMW 3.0 CSL (Coupé Sport Light) race car a year later in 1973, the firm didn’t put M on a motorbike until 2020.

hough, it was genuinely race-inspired. BMW competes in the Superbike World Championship, and parts on the road bike – most notably, I think, a stronger engine that’s more reliably and easily tuned – were fitted to it necessarily, because they translate to the racer.

The M 1000 RR offers 209bhp in road form, just 5bhp more than the standard S 1000 RR. But race bikes with this stronger base engine will be tweaked for 250bhp or more.

As a result, the M 1000 RR costs more than £30,000, despite what look like modest equipment gains over lesser models in the range.

Anyway, now there’s a 50th anniversary special version, the comprehensively named M 1000 RR 50 Years M. A limited edition, it comes in the same São Paulo Yellow as the latest BMW M4 coupé and has an M Competition package (you will find those offered on road cars, too) fitted as standard.

What I’m intrigued by, though, is why BMW spent 48 years deciding it didn’t really need to bother applying the M division badge to its bikes, even while it was setting lap records at the Isle of Man TT in the 1970s and winning the Dakar Rally four times in the 1980s.

And the short of it is, I suppose, that there’s less for a specialist division to do to a bike. An M car is fast as standard and driver-focused, might be good on track and is perhaps lighter than the regular model range. Pretty much any bike is even purer than that.

And thanks to comfort and crash and emissions legislation, BMW cars have needed M division’s work to keep them comparatively trim (ish) on the scales. 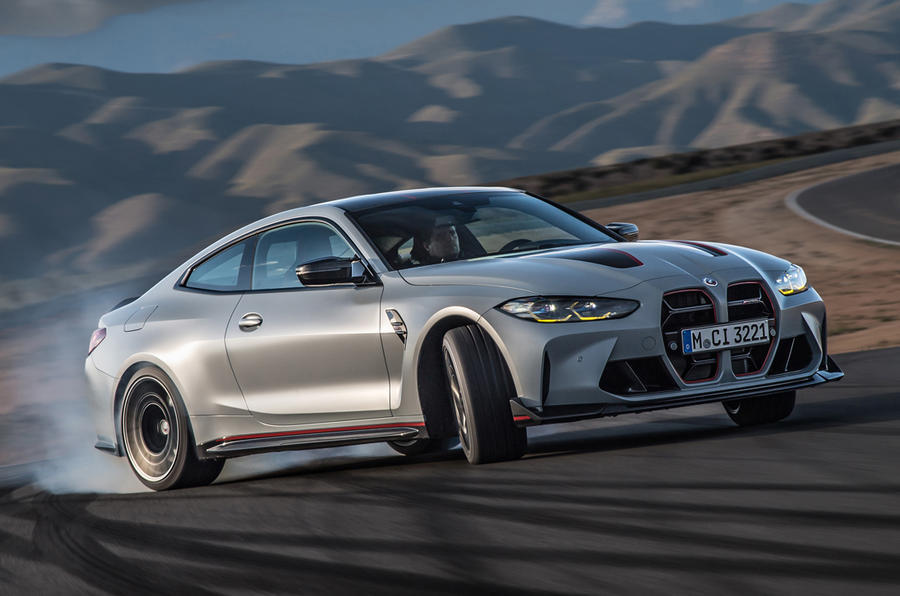 That an M package for the S RR takes just 3.5kg off the total reminds me of what Ariel said about making the Ace: you think a car like the Ariel Atom is tightly packaged? Finding 2mm of space to put something on the bike was cause for great celebration.

In other words, there’s precious little that you can do to a bike to make it worth denoting with an M badge, particularly a sports bike, because if it didn’t need to be there, it probably wouldn’t have been fitted in the first place.

BMW has kept M for use on cars until so recently because, basically, all bikes are already like M products.

Log in or register to post comments
jason_recliner 5 June 2022
Good points Matt. And you have to think that, when BMW did eventually put an M badge on a bike, it must be incredibly hardcore now. Scary.
Peter Cavellini 3 June 2022

Bikes are a different Universe, there way faster than most Cars on the Road cars costing £70,000 upwards and relatively there cheaper too, so, if I see a Bike like this coming behind me, I indicate for them to pass, no point holding them up, chasing them is pointless,and it makes you look like a complete Richard head!

Great to see the occasional bike article (I know it's called Autocar but so many of my car based friends have no idea that a new £9,000 bike can easily thrash their 911's...!!!).  But, somewhat unfair comment that falling off still hurts the same as 1973.  Protective kit has improved greatly and the suite of rider aids on modern bikes should help prevent the crash in the first place.