BACK TO ALL OPINION BLOGS
Currently reading: Matt Prior: EVs with manual gearboxes are pointless - but intriguing
UP NEXT
Matt Prior: Bring back the beach buggy

Matt Prior: EVs with manual gearboxes are pointless - but intriguing

My house has a perfectly good central heating system, so clever and efficient that if I turn a knob on the wall, the rooms get hotter.

Yet still sometimes I will stack a pile of logs into a container in the front room and set fire to them instead.

This is stupid. If I sit too close, I will get so hot that I will take off a jumper: another mistake, because the fire convinces the thermostat that there’s a heatwave and to switch off the central heating, leaving the rest of the house stony cold.

And it’s worse than that. The burner is dusty, it clouds the room with particulates that are bad for me and those coming out of the chimney are bad for anyone nearby – which is fortunately merely a large amount of fast-moving traffic. That traffic, though, is cleaner than my burner.

Yet I will still set fire to some logs and sit near them for fun, even though I know I will be too hot or too cold and that it’s a dusty contraption that emits at least 750 times more tiny particulates than a brand-new lorry. It takes an age to light, it’s a pain to keep clean, its fuel takes years to sufficiently dry and it’s ridiculously inefficient.

I know all of this – and I simply don’t care.

Which brings me to a series of patents that Toyota has filed to give a battery-electric vehicle a manual gearbox.

Yet this is what Toyota proposes. The patent applications, found by a Toyota BZ enthusiasts’ forum and brought to my attention by my friends from a website New Zealand, contain a multitude of answers for a problem that doesn’t exist. 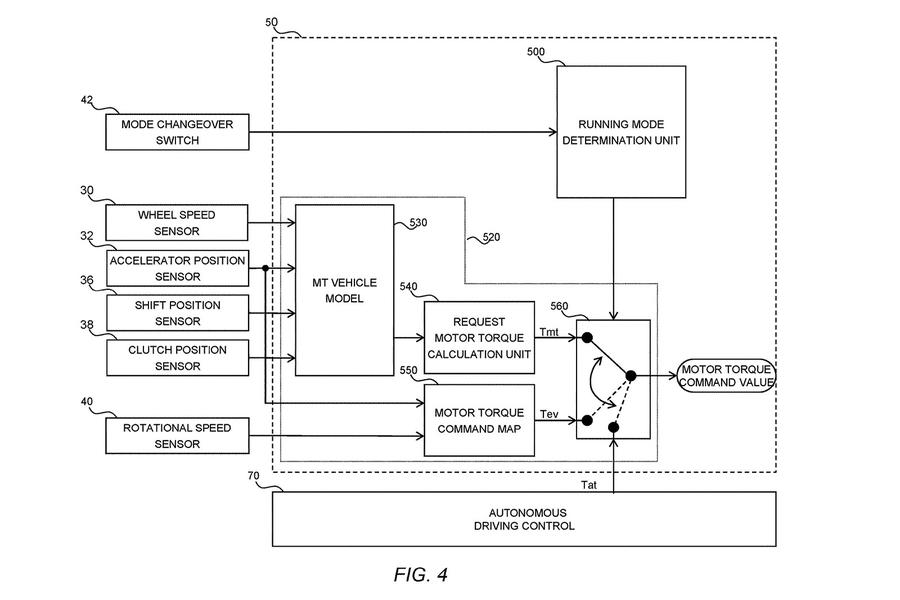 Between the tech-speak and legalese, the short of the proposals is an H-pattern ‘pseudo-shifter’ and a ‘pseudo clutch pedal’ that even gives feedback to your left boot as it starts to bite on a non-existent clutch.

More, the motor torque would be adjusted so that instead of acting like electric motors do (with a big slug of torque as you pull away, tailing off after a certain RPM is reached), it would ape the response of a combustion engine.

I don’t know when – or if – Toyota will make a manual EV. It would be less efficient than one without a gearbox. But I also want a go.