BACK TO ALL OPINION BLOGS
Currently reading: Matt Prior: Car designers need to learn from dogs
UP NEXT
Matt Prior: Where have all the practical fast cars gone?

Matt Prior: Car designers need to learn from dogs

I’ll tell you who get an easy ride: dogs. And cats, for that matter. They have things far too easy, given how bad they are for the world.

For a start, when they’re not eating your slippers, dogs eat loads of meat. Cats do too when they’re not after next door’s budgie. And consuming meat, you probably will have read, is bad. Animal farming contributes to CO2 or equivalent emissions and, in some countries, to deforestation. Less meat and more plants is the uncontroversial current thinking.

Then there’s what these animals are doing when they’re not eating. Partly breathing out, which is only marginally antisocial in itself compared with the defecating. Oh, the defecating. Depending on when and where they’re doing it, that’s much worse.

The bags that most pet owners use to collect dog mess are very much a single-use plastic – you would hope. Cat litter bags likewise.

Then there’s the uncleared faeces, whether it’s because a dog has a bad owner or because your neighbour’s cat has left you something on your garden path that ends up on your shoes. Awful behaviour.

Worse still, it’s not like dogs and cats are useful. My central heating emits CO2, so does my car and so do my children, but at least they’ve got a purpose in furthering the human condition. Which, if you think that’s important (and I do), means we should probably keep them around. 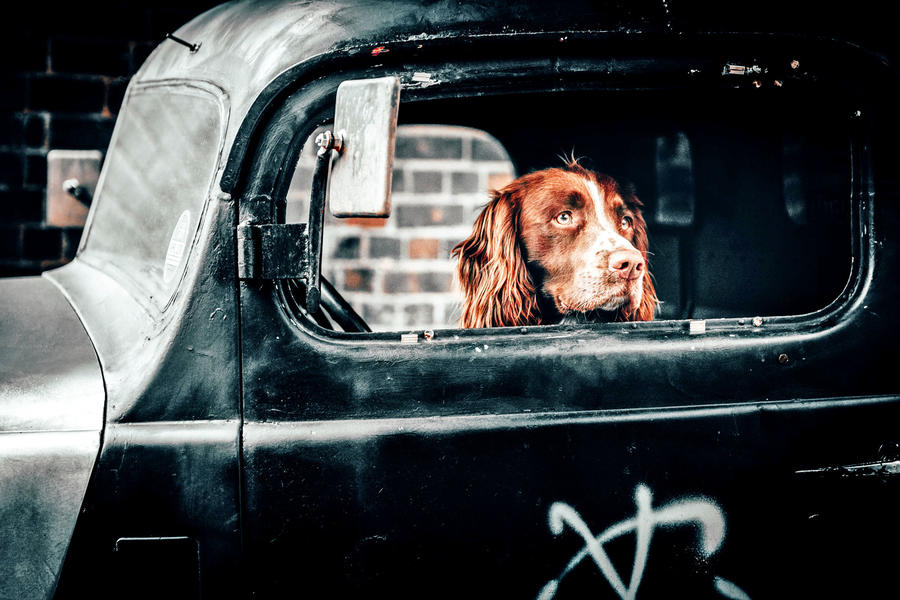 Those few with medical roles aside, pets have no discernible value. You don’t need them to get to work or to heat your food, they don’t pay the bills and they’re not going to cure hay fever. They just make their owners feel a bit better. That’s it. That’s all they do. Basically, they’re destructive yet pretty much pointless.

It’s hard to find any estimate of just how destructive, but one study put the environmental impact of a large dog at 2500kg of CO2 or equivalent per year (I don’t know, but that seems a lot). If true, that makes them at least as harmful but way less useful than the car that you absolutely need so you can go to work, the shop, the hospital or to care for other people. Yet it’s the car that cops all the flak and not the pet.

The unpalatable truth is that pets are terrible. And, yup, I love mine unconditionally.

Do you know why these pointless furballs get away with it? Because while cars are going around being shouty and aggressive, the nastier looking the better, just have a glance at those pets.

Go on, look at a puppy’s world-class floppy ears and big paws. Have a little squeeze of a cat’s toe beans and a stroke of its impossibly soft fur while it purrs. Melt at the way they look up at you with those big adoring eyes that say “yes, you’re my entire world”, or at least “Prior, I believe my next meal is due”.

Meanwhile, there’s a good chance that a sports car will make an angry, spiteful noise and have a snarling, growling and nasty front end – very much its face. Is it any wonder that people don’t like those as they pass loudly by when there’s an adorable golden cavapoo in the vicinity?

Maybe the industry could learn a thing. Some Japanese cars, notably, used to have sweet faces, and I don’t find that people get irate over pretty classic cars. Perhaps if modern cars appeared less aggressive, shouted less and were cuter, they would get an easier ride. Cars: be more dog.

Log in or register to post comments
Cobnapint 18 April 2022
Some dog owners need to be more like their dogs too. I'm sure that after curling one out the dog never intended it and it's bag to be hung like a Christmas decoration on the nearest bush.

michael knight 17 April 2022
Good points - the elephant in the room is that car design is a discipline that is 95% male, and young male at that. Designers who have barely even owned a car, let alone lived with one + family for several years. Their life-experience is not exactly broad, nor particularly open to new experiences.

This will change, slowly, with the disruptive and newer challengers to the established brands.

Bang on Matt. Current car designers would do well to look at the work of Malcolm Sayer.As for pets, I give you the humble Guinea pig. Cute, non predatory and because they are herbivores, their waste can safely be used to make compost, so they have a positive effect on the environment.