BACK TO ALL OPINION BLOGS
Currently reading: Is the new S-Class too tech-focused for its own good?
UP NEXT
Opinion: Nascar's lions ready to Roar before the 24

Is the new S-Class too tech-focused for its own good?

It's described as the most advanced car Mercedes makes, but our man reckons that may not be enough to keep the luxury saloon relevant
Share
Open gallery
Close
Share story

It’s great to see the 2021 Mercedes S-Class continue its decades-long gentle exterior evolution that makes it so identifiable, but permit me some (perhaps premature) cynicism regarding the interior.

While I can only comment on the images we've seen as part of the unveil – we’ve yet to get close to one in the metal because the reveal is virtual – I am concerned that Mercedes has caught the Tesla bug a bit too acutely.

Every S-Class generation has been a technological step change, so it’s only natural that advanced cabin tech dominates. But whereas you can get in, say, a 20-year-old W220-generation S-Class and it still feels like an expensive, special place to sit, I can’t help but feel this one won’t date too well, given so much of the interior architecture is focused so strongly around the digital features. 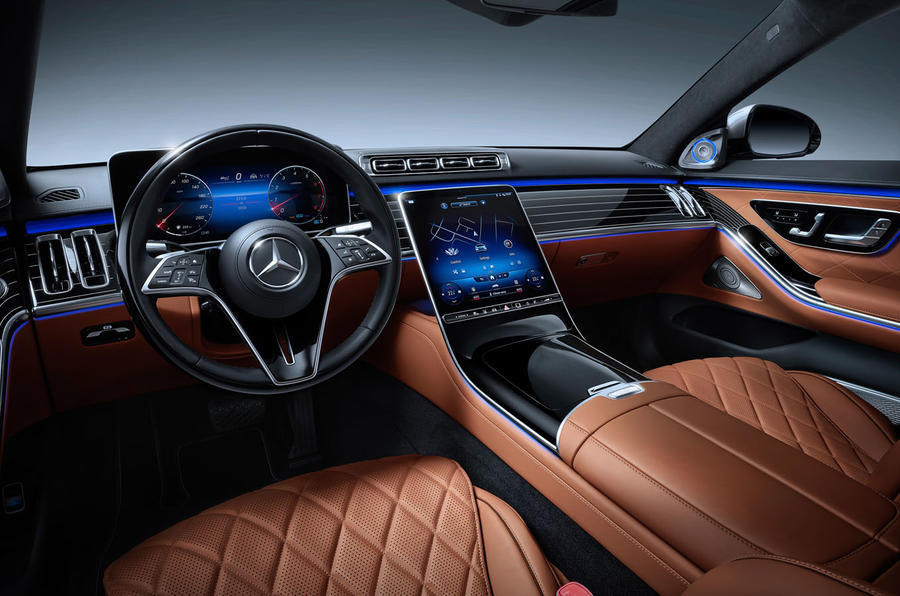 It’s the same with most modern cars as touchscreens now dominate interior designs and it's particularly acute at the luxury end of the market, where such a big financial investment means these cars are often kept for longer. Even if you update software over the air (which you can with the new S), what will the actual hardware and screen itself feel and look like in a decade’s time? And more to the point, should we really become so reliant on touchscreens when our readers frequently tell us they are a distraction?

This is a debate that has raged on for years and it won't end any time soon. I hope these concerns are unfounded and Mercedes has created an S-Class that prioritises ergonomics and a sense of feeling ‘special’ inside over an endless list of gizmos that may never be used by owners.

The luxury saloon market is floundering in Europe in terms of sales, with core brands fighting over an increasingly small part of the pie. And it's not hard to see the problem. The tech you can get even in an A-Class these days is extensive, so pricier luxury models have to differentiate with exemplary fit and finish, world-beating refinement and a real sense of occasion as priorities.  Otherwise, what’s the point?

A Century of change?

Things have to move on, if it didn't, we'd still be sitting in Caves, wearing an animal skin, this Mercedes is nowhere near like a Tesla inside, it's even got good old fashioned quilted Leather, it looks the money, it's better built than a Tesla, yes, Tesla has build issues that these days just shouldn't go unnoticed before they get out the Factory, oh, and by the way, I'm not a fan of either, if I have an opion, I might give it, and I won't cast aspersions on a posters character.

That interior is simply Tesla

That interior is simply Tesla-tacky, an abomination for Mercedes. There is not one vestige left of the old design aesthetic that made the S-class unique and so instantly recognisable.
The last thing that MB should be doing is apeing a daft trend instigated by a faddish start-up with a stolen name.

Seriously, you can do better than this Mercedes