BACK TO ALL OPINION BLOGS
Currently reading: Why F1 should embrace nostalgia with throwback races
UP NEXT
Matt Prior: No Nissan Z Proto is one way to encourage EV adoption

Why F1 should embrace nostalgia with throwback races

Everyone knows Formula 1 was better in the good old days. Of course it was – although exactly when those days were likely depends on when you first became a fan. That’s nostalgia for you. In truth, the F1 of whichever era you look back on most fondly probably wasn’t quite as good as you remember.

Still, F1 fans are often prone to nostalgia, in part because the sport itself is fixated on the future. Most sports remain the same in essence for decades, but F1 is forever evolving, due to a never-ceasing drive to push the limits of technology. And that creates a disconnect between long-time fans and the contemporary sport.

With 2020 marking 70 years of the F1 World Championship, the sport’s bosses have been nodding to the past: the TV intro features loads of archive footage and there was even a 70th Anniversary Grand Prix. But I have a really simple idea to really engage with nostalgic fans: we need a throwback race.

Full disclosure: this isn’t my idea. I’ve stolen it from Nascar, another category that has struggled to hold onto its fans as it has evolved over the years.

For each of the past five years, Nascar has run the Southern 500 at Darlington Raceway as the Throwback Weekend. The storied event was first held in 1950, and the old-school oval is a favourite of drivers and long-time fans.

Each year has featured a different theme, with the cars painted in special liveries that reflect it – often requiring sponsors to agree to their logos appearing in completely off-brand colour schemes. But as the tradition has grown, most sponsors have embraced it. 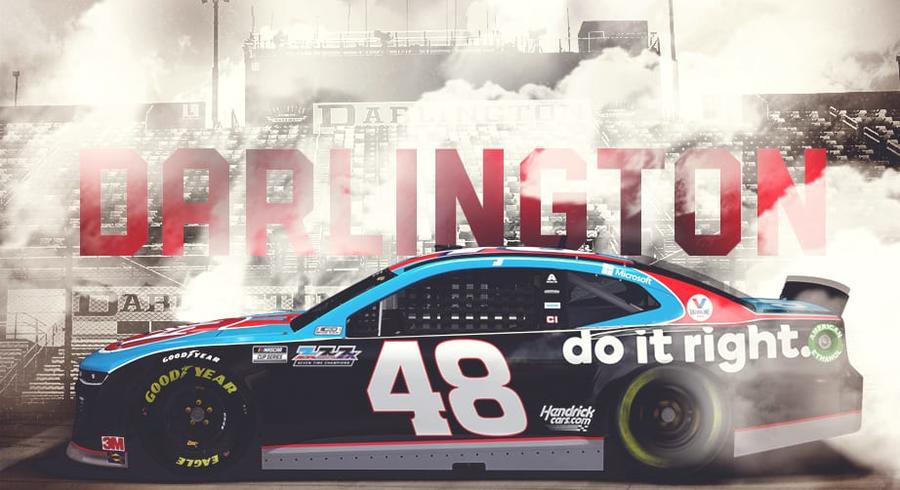 Past years have celebrated the 1970s, 1980s and 1990s. For this Sunday’s Southern 500, the theme is champions, and there are some cracking liveries. My favourite is the scheme that Austin Dillon is running, reflecting one used by the legendary Junior Johnson (who never won a title as a driver but did as a team owner).

Predictably, the Throwback Weekend has proved to be a huge success – and I think F1 should copy it. While you wouldn’t want teams changing liveries every week (as they do in Nascar), a once-a-year retro grand prix would surely be a hit. Mercedes – which is using its livery this year to highlight racism – could run a scheme reflecting Juan Manuel Fangio’s 1950s W196. How about George Russell driving a Williams painted to reflect fellow battling Brit Nigel Mansell’s 1992 title winner? Red Bull could even go back to its roots as Stewart and break out some tartan…

Clearly, this idea won’t fix the problems that hamper F1 and make many nostalgic for (what we remember as) the good old days. But for the sake of a bit of paint, some creative thinking and a few understanding sponsors, it’s a simple idea that could help to build interest and entertain long-time fans.

Admit it: you’re already thinking of which liveries you’d like revived, aren’t you?

My era when F1 was great unfortunately was when Tobacco companies sponsored most teams,and today there a taboo subject, banned infact, a social pariah even, and to be honest, I don't even remember who sponsors who in F1 today, so , I'm not sure it would be that big a crowd puller, even without the pandemic.

What you gotta understand is this...

5 September 2020
Sports don't need to change liveries to be interesting and appealing. Be honest with yourselves and recognise F1 due what it is. Advertising trying to be entertaining. And failing miserably.

I have fond memories of an F1era where you had Cosworth V8 DFVs racing Ferrari Flat 12s, Matra V12s, etc. You could run a 1.5 litre turbo if you wanted, you had 6 wheel Tyrrells, the cars were not all look alike. Today if anyone tries something different and gains an advantage, it's protested and then banned.

For the real nostalgia buffs...

...it could be run by the Williams family...they have time on their hands now.

Seems there Engineering side might be going to court, they were working with a foreign EV start up car firm who have decided they don't need Williams anymore, apparently breaking the contract which is against the Law?

Indeed, anyone know the Chinese for Lotus?

I actually thought this was

I actually thought this was going to be a good idea, until I realised he was just talking about changing the colours of the cars.

Painting these hideous vacuum cleaners in cool colour schemes would just rub salt into the wounds.