BACK TO ALL OPINION BLOGS
Currently reading: Racing lines: Why bigger is better for British Rallycross
UP NEXT
Steve Cropley: Dakar Rally needs slicker media coverage

Racing lines: Why bigger is better for British Rallycross

Quiet, you scumbags!” yells Pat Doran at the assembled competitors and media, his big grin obvious despite being hidden beneath a mask. We’re gathered at Lydden Hill race circuit near Dover for the launch of the rebooted British Rallycross Championship (BRX), which will start this bank holiday weekend, and Doran – series boss and Lydden owner – clearly doesn’t believe in formalities. Jonathan Palmer he certainly isn’t.

Rallycross is a fantastic but too often overlooked form of motorsport that combines the best aspects of rallying and circuit racing in a spectator-friendly, quick-fire format. It’s also made for TV. Literally: the first rallycross was held at Lydden in 1967 as a new means to create Saturday afternoon entertainment on ITV’s halcyon World of Sport show.

An official FIA World Rally Championship (WRX) has yumped and bumped along since 2014, but Britain’s well-regarded national series has stalled in recent years. That’s why governing body Motorsport UK now feels compelled to breathe new life into the sport, and Doran – a four-time British Rallycross champion and folk hero from the 1980s Group B glory days – has been chosen as just the sort of gregarious character with enough puff to do so.

Getting in a scrum

The British series reboot is based around a marketing drive that takes some inspiration from rugby. “We’re promoting it as the Five Nations BRX,” explains Doran, whose vibrant plans for 2020 have inevitably been disrupted by the pandemic. “That’s because we’re going to five nations: Lydden in England, Knockhill in Scotland, Pembrey in Wales, Mondello Park in Ireland and Valkenswaard in Holland – although we can’t run the Dutch round this year, because of Covid. We’re giving it an international flavour, adding some spice and doing something different on the marketing.”

The rallycross community may be strong and well established, but can Doran rekindle the kind of interest from the days when it was a TV staple on World of Sport and the BBC’s Grandstand? “We’re going to give it a good go,” he says with feeling. “We’ve got a three- to five-year contract and we’re investing quite a lot of money into the showmanship. Group B was the last great era, and I was part of that: me, Will Gollop, Martin Schanche. Now we need to get today’s interesting drivers back, including those who didn’t want to be involved before because they weren’t happy with how it was being run.

“By the end of five years, I’m hoping this will be the sport the world is coming to watch. I’m not interested in touring cars that are so fast they can’t overtake each other, and Formula 1 is like watching paint dry. We’re here to put entertainment back into motorsport.”

Highly decorated Olympian, former track cyclist and national treasure Sir Chris Hoy will be among the BRX regulars at Lydden this weekend on 30/31 August, lining up in Doran’s potent Citroën C4. The Scot loves his motorsport and made it to the finish of the 2016 Le Mans 24 Hours in a Ligier-Nissan LMP2 car. He has tried his hand at rallycross before, being pitched onto the WRX grid as part of a TV series he made called Dream Jobs, so he has some inkling what he’s in for this weekend. 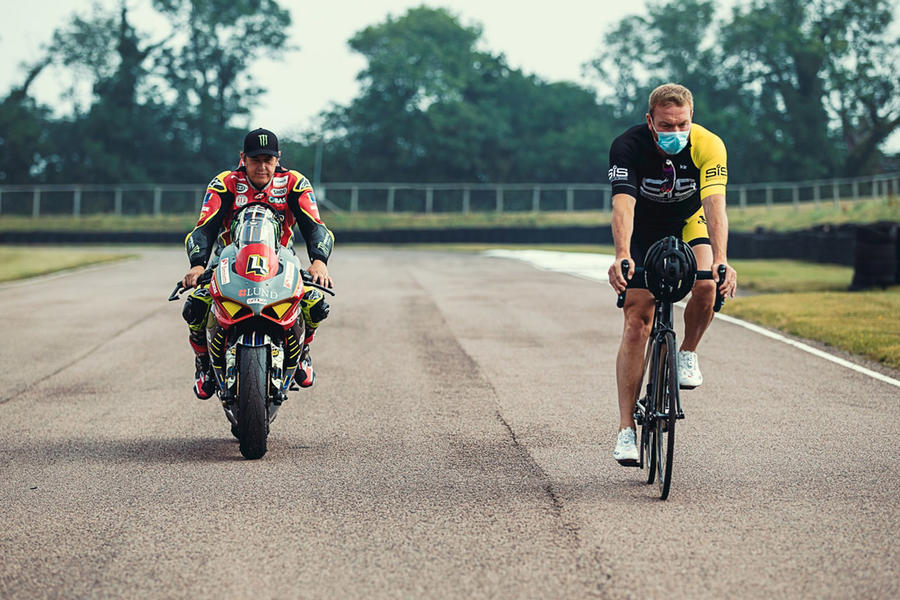 “If you ask any racing driver from other disciplines what they would fancy having a shot at, nine times out of 10 they will mention rallycross,” says Hoy, who is also backing a British Cycling initiative to make Lydden a popular venue for pedal-powered cyclecross events, too. “It’s such an exciting form of motorsport and condenses into a little neat package. The mixture of gravel and Tarmac and the aggressive nature of the driving, slamming it into corners with the handbrake and using the throttle to steer the car… it’s a lot of fun.”

Isle of Man TT motorbike hero John McGuinness is also lined up to race the BRX C4, at Knockhill on 26/27 September, for what will be his four-wheeled debut. Doran clearly understands the influence of star power.

If Ron Dennis had got his way in the early 1990s, the McLaren Technology Centre would have been built not in Woking but at Lydden, with the circuit developed into a test facility to rival Ferrari’s at Fiorano. But local opposition and staff reluctance to relocate to Kent scuppered the masterplan, McLaren sold the site and Lydden was left untouched as Britain’s smallest racing venue. Nestled in a valley off the A2 between Canterbury and Dover, the reversed-L-shaped, mile-long circuit is a delightful low-key throwback.

Doran’s background makes him the perfect custodian. He has ambitious plans, including a 14-garage pavilion and hospitality building, but vows he will keep a welcoming vibe with a “1960s retro industrial” look. 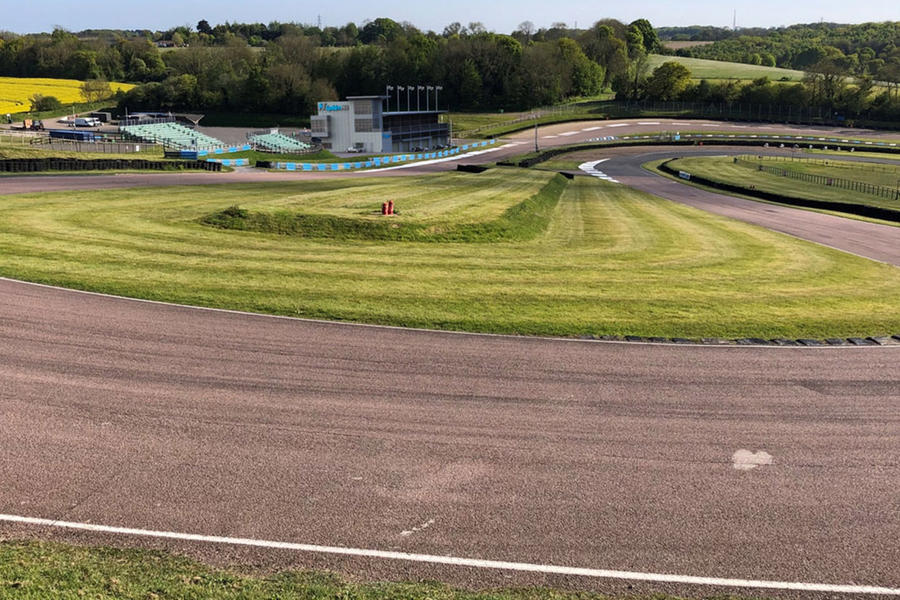 “We don’t compete with Brands Hatch or Goodwood,” he says, having finally gained planning permission after eight years of struggle. “We don’t have big overheads and I don’t want them. We’re the smallest race circuit in the country, but who cares? We’re the most exciting one. And you can see everything from every vantage point.”

As the operator of a stone-processing business, Duo, Doran is grounded in reality. “I’m a very commercial person,” he says, “and I put that into this. We want to make people welcome. No disrespect to [boss of Brands owner Motorsport Vision] Jonathan Palmer – you can’t knock his success – but he has done it on a different corporate level. We’re doing it differently, as the friendly circuit. We’re never going to be a big circuit, so why try to be with a big, ugly building? This is who we are.”

Lydden’s endearing charm would have been lost had McLaren moved in. Under Doran, it will remain the venue’s biggest asset.

Racing lines: From sim racing to a GT3 win for James Baldwin

Racing lines: World Rally is the most unpredictable championship

Racing lines: Why 2020 will be a gold year for motorsport

The students get to learn real-world skills with the MG20 summit organized annually by Knovva Academy.

Yeah, be interesting to have an EV car racing, who would take part?....Tesla?

What planet is this fool on,

What planet is this fool on, Touring Cars dont overtake, DUH, he clearly has not watched it at any point in the last decade, the B.T.C.C. is by far the best motorsport event on the racing calander, it has more action in 15 laps x 3 than an entire F1 season, more different winners, every race weekend, the weight penalties for being good assist those that are not.

And there is a HAMILTON, but the less said about him the better, we usually have a bet to see if he makes it around the first lap, and if he does, we then bet on which lap he crashes out on, and he usually does. ALL part of they fun, B.R.X, has become boring, where are the standard road cars just slightly modifed, for safety, now we get full Rally Cars, if i wanted to watch a Rally, and i do frequently, i will watch a rally, B.R.X, was supposed to be the poor mans British Rally and Road championship, not any more it is not.