BACK TO ALL OPINION BLOGS
Currently reading: Australia's V8 brutes come to Europe. Virtually.
UP NEXT
Opinion: why WRX is turning electric

Premier touring car championship moved quickly to set up an eseries while the regular season is on hold, with a recent wildcard entry from one of F1's hottest properties
Share
Open gallery
Close
Share story

It matters more if you’re already invested in it.

At the start of every year I renew my subscription to the Virgin Australia Supercars Championship, which for thirty quid lets me watch online every race from Australia’s touring car series.

It features the kinds of car I like to see. V8 powered, rear-drive cars with 650bhp that look (a little) like Ford Mustang and Holden Commodore road cars. The regulations keep their respective performance so similar that, on shorter circuits, if you qualify a second off of pole, you’ll be stone last.

But after the first round took place, this year’s championship is on hold until late in the year. The second round was meant to be at the Australian Grand Prix. It got as far as one qualifying session.

Supercars has moved with admirable speed, though, to set up a full eseries to fill the void. Using the PC game iRacing, it involves all the regular drivers and teams. And the production is extremely slick – with a panel of hosts, brilliant commentary, driver interviews, the regular driving standards advisor, and nicely directed camerawork to keep up with the action.

Cars and liveries are the same as the real thing, so if you like the genuine Supercars championship, this is as close you can get to an online replacement. 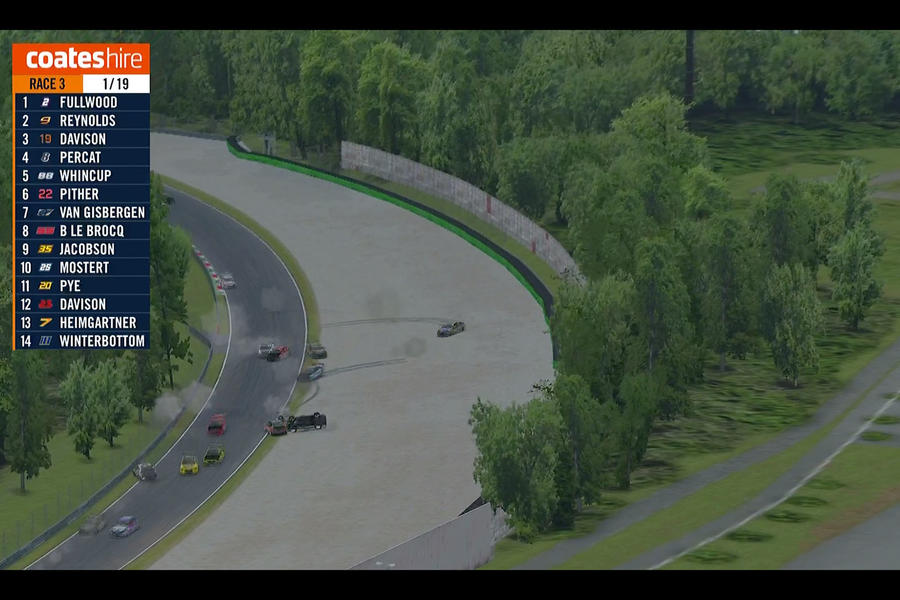 There’ll be ten rounds - one a week – between now and June, with more than one race in each, points awarded and a champion. The first round, of three races, was two weeks ago.

Supercars has, though, taken the opportunity to add some tracks the real cars don’t visit. The first round started with two races from Philip Island, a brilliant circuit traditionally on the calendar: presumably, a helpful, familiar, soft landing for racers who don’t spend much time in a simulator.

David Reynolds, the 2017 Bathurst 1000 winner, is one of those. Not a natural gamer, interviewed during the Phillip Island race he said from his home: “For 20 years I’ve learnt to drive a car, feel the grip of the tyre and everything, so this is all removed, and the view is gone so it’s a bit weird.

Then the series took to Monza, which Supercars doesn’t visit. 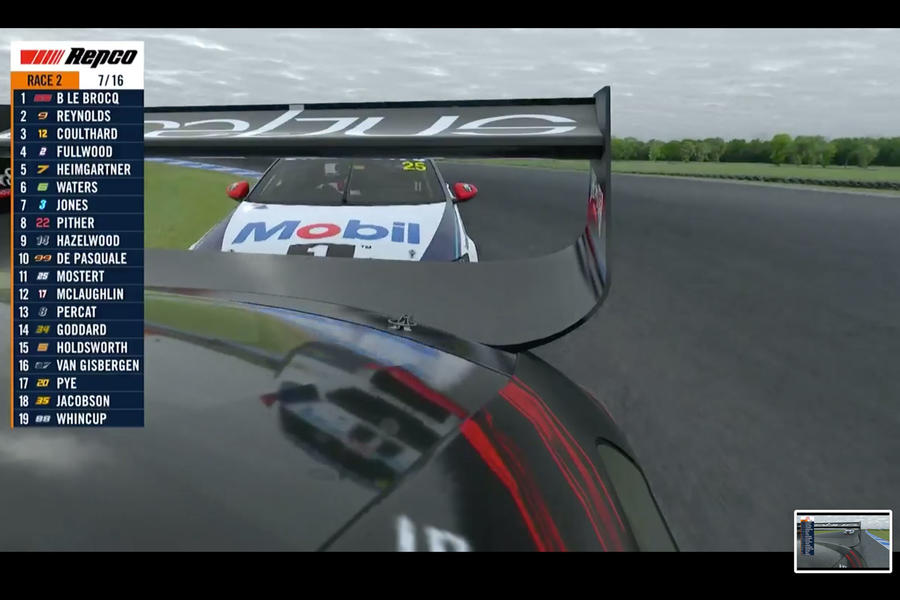 With drivers denied their usual feel, visibility and special awareness, virtual ones don't fit at all. If the opening lap carnage took place for real, it’d cause ructions and repercussions for months.

Now, if I hadn’t known the drivers, the commentary team, been invested in the start in the whole setup, at the point where about half of the field had to be reset back to the pits, I might have pushed the escape button myself. As it was, I chuckled, and waited for some better racing.

The second round featured Silverstone, Barcelona, and even a wildcard in the shape of F1's Max Verstappen. It’s not the real thing, but that’s inevitable. Most sports I can think of are better to compete in than watch, but the cost of entry is high to motor racing.

That's the thing about esports and racing: it democratises the most expensive sport on the planet and, as many competitions have shown us, people who are fast online can be fast in the real world. I watch racing because I don’t have a 650bhp Supercar in a lockup (and the talent). But online? Well, I’ve got a box in the corner of the room where that doesn’t matter, so I can have a crack myself.

But still, I’ll tune back into the next Supercars eseries race, because I like the drivers, I like the production and it’ll be a fun diversion until the real thing returns.

In pictures: the history of Holden

Opinion: Holden’s death will anger some but should surprise nobody