BACK TO ALL OPINION BLOGS
Currently reading: Why Lapland's Arctic Rally could be a WRC season highlight
UP NEXT
Opinion: Is the Ford S-Max the only car you need?

Why Lapland's Arctic Rally could be a WRC season highlight

Christmas has come extra early for the World Rally Championship (WRC). Because this weekend’s round starts in Rovaniemi, northern Finland: the home of Joulupukki, who you might know as Santa Claus.

Just outside Rovaniemi is the Santa Claus Village – still open every day, with Santa and his elves having managed to escape furlough. In fact, in this frozen corner of Lapland with its scant population, life carries on much the same as usual.

‘Usual’ here also means 16-hour nights and daytime highs of minus 15deg C or so – although it gets a lot colder. Minus 30deg C isn’t uncommon. On my only previous visit many years ago, some of the stages were actually cancelled because it was deemed too dangerous for marshals to be outside for any length of time.

Among the mandatory equipment for all crews to carry on the Arctic Rally Finland is a snow shovel and warm clothing. They might also want to add some matches and a packet of makkara: the bright beige Finnish sausages grilled all over the rally route, probably made from the unspeakable parts of reindeer but nonetheless addictively tasty. But perhaps I’m getting ahead of myself. 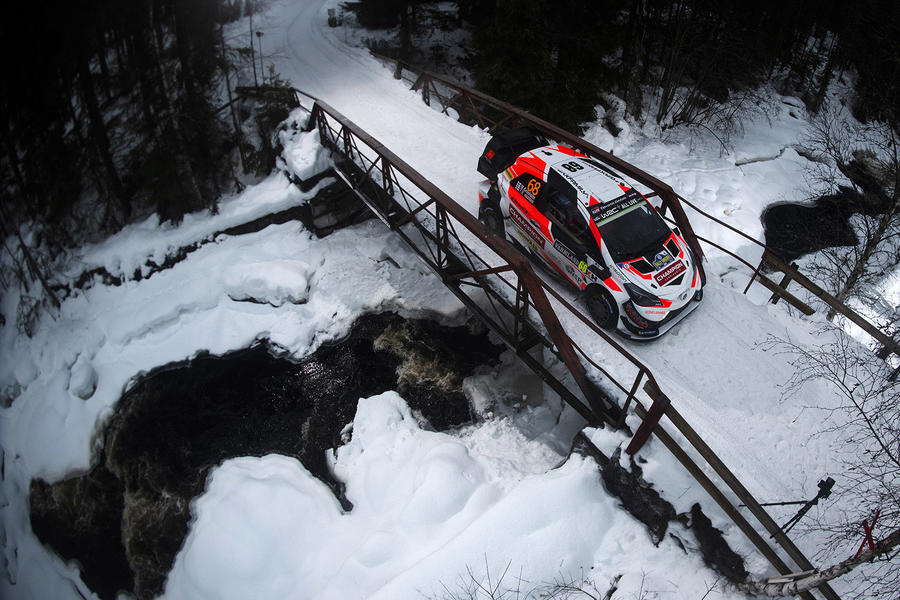 It’s tough luck for Rally Sweden, which should have been the second round of the WRC before being cancelled due to coronavirus restrictions, but for many years there has been a tedious debate about whether the quantity of snow in the Värmland region – the clue is in the name – is consistently sufficient to hold a full winter rally, and if the event should move further north.

Ironically, there’s plenty of snow on the abandoned Rally Sweden route this year, but nonetheless the rally has moved about as far north as it can get – about 1000km north of Rally Sweden’s base in Torsby – before encountering polar bears on the route.

Not only snow but also a real sense of adventure is guaranteed in Rovaniemi. These are truly breathtaking landscapes that push the limits of human and mechanical endurance, which is, after all, what rallying is all about.

That’s why the Arctic Rally has attracted Formula 1 stars such as Keke Rosberg and Mika Häkkinen in the past, as well as Valtteri Bottas more recently. They went looking for an experience that was out of this world – even by notoriously mental Finnish standards.

Don’t be surprised if the Arctic Rally becomes one of the highlights of the season – and not only for this year.