Picking one favourite from all the racing drivers of the past century and more hasn’t been easy. In the first of a new series, Autocar’s writers whittled down their lists
Open gallery
Close

What we didn’t expect was quite the repertoire of answers that came back. Covering most eras and a vast spectrum of the sport - from F1 to club racing - it just goes to show how varied motorsport and its followers are.

For once, there are no wrong answers: It has led to many discussions and a fair amount of incredulity but, in the end, it’s all about personal choice.

Why would you support the F1 driver who made the most race starts - 208 by the time his 15-year career petered out - without recording a single win?

Why too, follow a driver nicknamed De Crasheris, who James Hunt famously labelled an “idiot” during a typically uncompromising piece of commentary and who, quite frankly, at times used his mainly tobacco-based connections to buy drives others deserved more?

Partly, it’s timing: my love of Formula 1 ignited as a teenager around 1988, and peaked in the early to mid-1990s. As a result I missed Andrea’s fast-but-erratic years (including a pole position) and - let’s be honest - just erratic years, but turned up for his late-career redemption, sparked brilliantly by some heroic drives in the beautiful Jordan 191, in the team’s debut season of 1991. 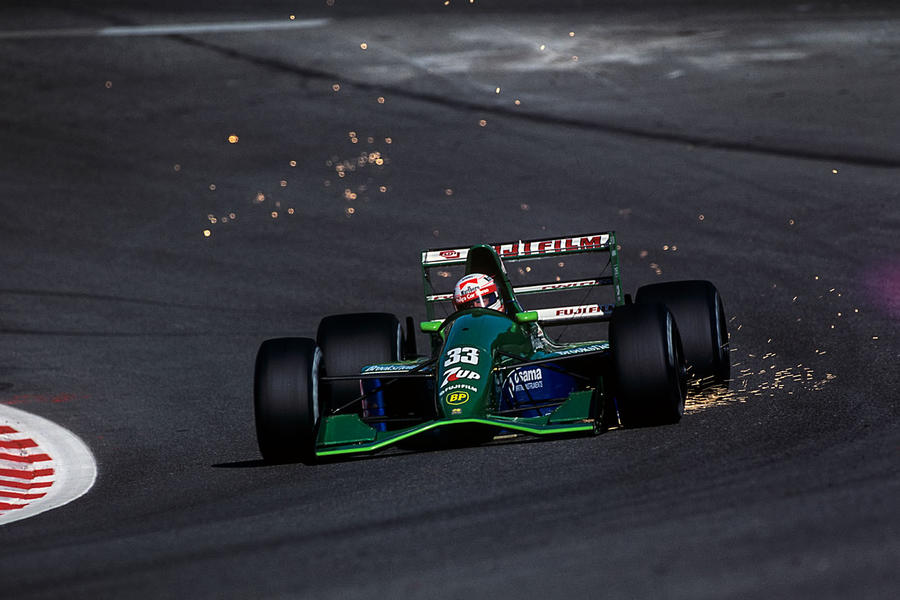 But it helped too, obtuse, underdog-loving teen that I was, that I joined his fan club around this time, my tongue only remaining in my cheek for as long as it took to turn up to a get-together and discover the man himself there. Patient, charming, generous with his time… it was impossible not to warm to him, even if his - shall-we-say - Italian temperament was as evident then as it sometimes was in his driving.

There followed his tantalising brush with victory at Spa in 1991, plus some giant-killing runs with Tyrrell, Jordan (again) and Sauber, most notably in Monaco, where experience helped, but where also his talent in unrefined cars had a chance to shine. And, throughout, he would always make time to meet up with fans, a pants-on-fire driver trapped in a gentleman’s body.

As the saying goes, not all heroes wear capes. He may not have been the fastest ever, but my God he tried.