BACK TO ALL OPINION BLOGS
Currently reading: Fiat's planned Punto and Bravo revival is great news for supermini lovers
UP NEXT
Opinion: Nascar's lions ready to Roar before the 24

The Italian giant's future plans include a Punto replacement and a possible revival for the Bravo. For fans of Fiat's superminis, that's a dream come true
Share
Close
Share story

Fresh Fiat plans, and another change of mind from the Italian maker as it looks to consolidate its position in Europe.

Having lately told us that it would make only the Panda and a family of models using the 500 name – the 500 itself, the 500L crossover and the imminent 500X SUV – and that the Punto supermini and the barely-alive Bravo would go unreplaced, boss Sergio Marchionne’s new five-year strategy now envisages follow-ups for both cars. Forget flip-flopping decisions; from a Fiat-loving sentimentalist’s viewpoint this is great news.

It’s history, and in car business terms ancient history at that, but Fiat was the company that defined the supermini segment in which the Punto competes, and did much to shape the cars in the class above it now so dominated by the Golf. Back in 1969, Turin launched the hugely successful front-drive 128, and though that car was a saloon, its mechanical format defined the Golf generation along with the earlier Autobianchi Primula and Simca 1100 hatchbacks that the company also had a hand in.

A couple of years later came Fiat’s 1971 127, and although this too had a boot it shortly after became a hatchback. Every supermini on the road today owes a conceptual debt to that Dante Giacosa-designed 127.

Fiat didn’t just pioneer the supermini format, it sold them by the million, with the 127, along with the Uno and Punto that succeded it, quite often standing proud as Europe’s best-selling models. But circumstances, and Fiat’s market strength, have changed, and Marchionne is not betting on a surging renaissance for the brand in these segments. And rightly so.

The brand has lost millions of sales as the Punto’s desirability has faded, the current aged-but-pretty model never matching its predecessors’ success. And Fiat’s appeal in the segment above began to fade decades ago, when the hugely popular 128 was replaced by the Strada/Ritmo. It's a decline that’s persisted despite the bold styling of the original Ritmo, the Tipo and the first-generation Bravo.

So as a Fiat sentimentalist, it’s great to see this change of mind. It just seemed wrong that Fiat should withdraw from the segments that it did so much to define. Whether replacing the Punto and Bravo will improve its European fortunes, which are far too reliant on the 500 and Panda, remains to be seen.

Find out more about Fiat's historic models as we drive the personal cars of former chairman Giovanni Agnelli. 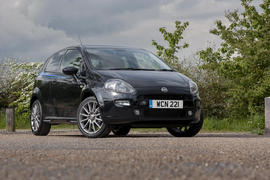 It needs to be a BIG revival

Fiat need to do with the Punto what Ford did with the current-generation Fiesta. I reckon it's fair to say that they shocked everybody and it suddenly became the best-looking car in its segment, which couldn't be said of any previous Fiesta. Fiat need to do the same and create a solid all-rounder. They've managed it before with the Panda they launched in 2004. Fiat's marketing is also absolutely dreadful at present; I don't think they've done a good advert since the Punto "Don't You Want Me Baby" one when the Mk2 was around. What they need is a car that redefines the supermini segment again, not just adds some pretty face into the mix. I hope they can pull it off and not focus all their efforts on churning out uglier 500s. The beauty of the 500 is that it should remain a 500; fiddling about with 500XLs and 500Xs will not do them any favours; look at SEAT and the Altea XL.
manicm 22 May 2014

I've always maintained Sergio Marchionne's insane, and not in a good way. He stumbles from one decision to the next with no real strategy in place.

First blunder - the decision not to slap the Alfa badge on the new MX-5 based car - does anyone currently really care if a Guiletta or Mito is made entirely in Italy or not?? The new 3-Series and C-Class cars are assembled in South Africa for some markets, so who really cares? Alfa desperately needs an affordable new Spyder (whatever it's called) in this sector. And many will buy a gorgeous Alfa, but not all will necessarily buy a sports Fiat.

Second blunder - the decision to launch two Alfa-badged SUVs?? So Alfa buyers will buy SUVs just because they're made in Italy? Who really desires an Alfa SUV??? Yeah, my thoughts exactly.

Third blunder - a 5-series rival based on the Quattroporte/Ghibli platform? How much will this cost? This is going to bomb - big time, no matter how they fiddle, I just can't see this platform being remotely competitive in this sector - and the new 5-series is less than 2 years away. Ditto the new E-Class. Good luck Serge.

Fourth blunder - this is where I vehemently disagree with Bremner, Fiat does not need a new Bravo hatchback - leave this gap to a new, well built Guiletta. Fiat should focus on the sub-Golf class, and SUVs of whatever size - this is where Fiat's true strength lies.

Sergio is long, long past his sell-by date, Fiat needs to get rid of him. No wonder apparently he does not get along with Montezemelo - the latter has vision, will and strategy - the former lacks all of those.

It certainly a welcomed news that we'll be seeing the future replacement model for the current Punto & Bravo. Lancia marque though has not been granted a fair treatment and given the brand's illustrious motorsport history especially in Rally & Sportscar Racing, it's sad to see the brand gradually reduced to miniscule presence nowadays. Fiat's top management should consider a worthy successor to the original Lancia Delta hot hatch, Stratos sportscar or even Beta Montecarlo Turbo supercoupe. The Lancia Fulvia-inspired concept shown several years ago also has the potential to become a production success as the market interest for the retro-inspired models is on the rise. And I agree that with modern day platform & engine sharing technology, all these models could be a production reality!
View all comments (10)