BACK TO ALL OPINION BLOGS
Currently reading: Autocar writers' cars of 2021: Peugeot 508 Peugeot Sport Engineered
UP NEXT
Matt Prior: Bring back the beach buggy

If it’s in our Britain’s Best Driver's Car line-up, it’s little surprise that a Peugeot 508 appears here. Admittedly, the Peugeot 508 PSE was an underdog in this year’s selection - the final three in the shootout were the Porsche 911 GT3, Ferrari SF90 Stradale and the Ariel Atom 4 for context - but nonetheless, it played a part in Autocar’s biggest driving showdown of the year and was thought fondly of by a number of the road testers.

Andrew Frankel commented that it was good “to see Peugeot trying to occupy the centre ground for enthusiasts who need a family daily driver” while James Disdale said: “It would be unfair to say it was out of its depth here, but it highlighted the fact that this is a quick and satisfying executive express rather than an out-and-out driver’s car.”

As my current long-term test car, I’ve had more time using the 508 as my daily driver and less (read: no) time on track. It’s certainly not a no-compromise performance car, but I can appreciate its leaning that way: it has relatively lively and balanced handling and the chassis has an unexpected level of finesse. As Disdale eloquently puts it: “The chassis has that fluid feel that French cars used to do so well – like you’re floating just above the surface but always keyed into it.” 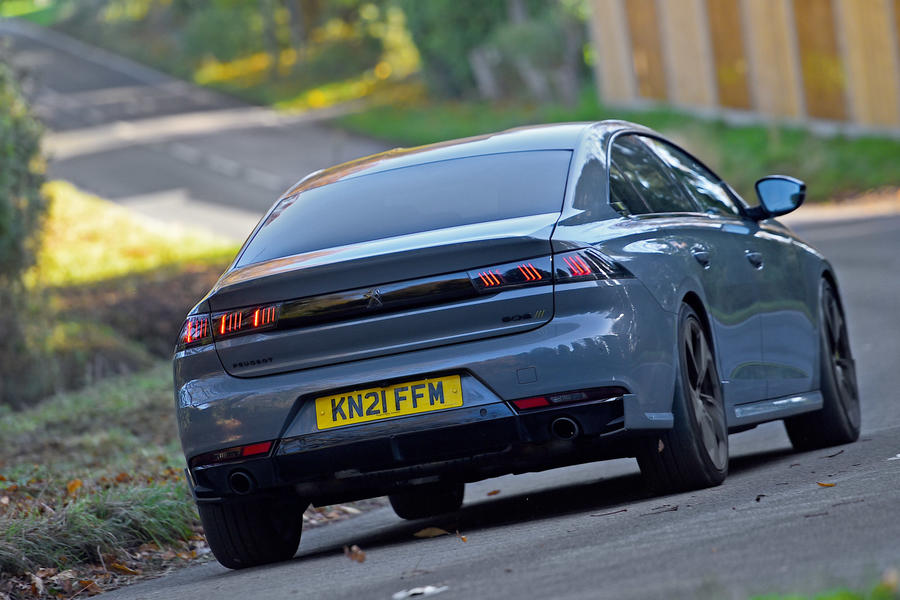 What I particularly like, because it’s satisfying on both slower urban journeys and faster countryside roads, is the steering, which has been specially tuned for the PSE. It’s quick and accurate with decent heft, without being intimidating.

Peugeot returns to the sporting fold with a new division and hybrid tech. Is it a success?

Other things: how bloody great is it that we have an all-new performance saloon in the marketplace? Niche cars, even for brand-building purposes, are not something we see introduced very often these days and for that, we salute Peugeot. There’s also the fact that it looks excellent: every friend who has seen it has praised its appearance (even if they haven’t known what it is). And amid all this praise, I’ve not even mentioned that it’s a plug-in hybrid, making it the perfect car for which to target business drivers.

Yet it’s a flawed, fun car. It could feel a little faster, the eight-speed auto is often caught between gears and Peugeot’s i-Cockpit remains frustrating, to name a few. Still, none of that takes away from this exciting addition to the performance saloon market.

Its great that Peugeot have a car in this market. Its a market the did so well in the past with the 405, and 406 . The fluid french suspension sounds appealing too. It looks good, and looks even better as an Estate, but that dim witted auto box would drive me mad. Its truely tragic that no one other than Honda has made a proper Hybrid with a manual box. Oh, and Peugeot need to make the ugly kid glass optional too. That the price is rather OTT, unless all you are bothered about is the BIK doesnt really matter after the other failings.

Fortunately, I'm  a dying breed too, and hopefully there'll be enough of them around to last me until I can't manage the changing gear business myself.

you are right they are a dying breed. But as many of us prefer them, we are far more likely to hang onto our old cars than embrace the future if the engineers ignor us. Its quite apparent from what has been said of this 508 there is a great car in there, spoiled by an iffy powertrain. given that 20 years ago great powertrains were on sale, where is the progress?

As for good riddance, you sound like someone who never mastered the clutch and gear lever. Never mind thats why the autobox was invented in the first place, not everyone can cope with the basics.