BACK TO ALL OPINION BLOGS
Currently reading: How the BTCC is dealing with the conundrum of rear-wheel-drive cars
UP NEXT
Opinion: If you can't stage the Monte properly, don't stage it at all

To the chagrin of some observers, tin-top chiefs have changed the rules to limit the advantage of rear-drive machines off the start line
Share
Close
Share story

Two wins for BMW in the Dunlop MSA British Touring Car Championship at Oulton Park last weekend, both taken by Northern Irishman Colin Turkington in the eBay Motors 125i M Sport, have swung the pendulum firmly in his direction in the title race.

But it isn’t going to be plain sailing for him to extend his lead from now on. The championship’s rule makers have stepped in after those rounds in Cheshire last weekend and mandated a first gear ratio to be used from now on for all rear-wheel-drive cars. It will affect Turkington and his team-mates Rob Collard and Nick Foster, as well as the Audi A4s of Rob Austin and Hunter Abbott.

The rear-wheel-drive cars have an inherent advantage away from the line. Once the machines begin to accelerate, the weight is thrown to the rear of the car, thus creating more grip over the driven wheels. This means it accelerates faster than a front-wheel-drive car, which is pulling all of its weight through its two foremost two Dunlops.

Any rear-wheel-drive car that qualifies anywhere in the front two rows has a decent sniff of being ahead by the time the pack reaches the opening corner. It is something that the front-wheel-drive brigade have been moaning about for a while, but that advantage will now be gone with the mandated Xtrac gear ratio. For cars that are all built with the same controlled parts, any advantage lost is a painful blow.

There are, of course, venues that suit rear-wheel drive and those that don’t. At the super-fast sweeps of Thruxton, for example, a front-wheel-drive exponent doesn’t have to worry too much about oversteer and can happily keep his foot planted, while the rear-drive racers have to be delicate on throttle and steering. At Croft, the next circuit on the calendar, there are lots of heavy acceleration zones that play into the hands of the BMWs and Audis.

Everyone has a choice of which car to use at the start of each season and, as new championship leader Colin Turkington pointed out last weekend: “We don’t complain when we go to front-wheel-drive friendly circuits, but they really make a fuss when we start to perform.”

But others in front-wheel-drive machines say that the BMWs and Audis have more positives up their sleeve that help them have an edge over their rivals.

MG’s Jason Plato says: “A rear-wheel-drive car has areas it can play with like the differential, driveshaft and weight distribution. The cars drive with the rear tyres and steer with the front ones, which helps the tyre wear.

“Without this change to the ratios, the cars would just walk away from the job. They are sorted now. The problem is that they have caught us up [in terms of development] and we haven’t got anywhere to go now because we all have mandated parts. It is a tricky conundrum.”

Championship officials will review the situation after the next couple of rounds to make sure that they have made the right choice. It is all about maintaining a delicate balance and making sure the competition is as even as it can be right through until the final round at Brands Hatch on 12 October. 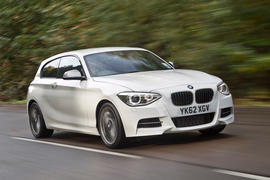 I thought we've been dealing with these kinds of penalties imposed on RWD & 4WD since the days of Supertouring ? What's the fuss? Ideally, the Audi should be allowed to run 4WD to reflect the high performance street model., albeit with much higher weight penalty.
Jaybond 13 June 2014

I thought we've been dealing with these kinds of penalties imposed on RWD & 4WD since the Supertouring days? What's the fuss? Ideally, the Audi should be allowed to run 4WD to reflect the street model., albeit with higher weight penalty.
toptidy 13 June 2014

I think the answer is in its usual inept way

Maybe I am cynical but the tightening of the driving standards may have prompted this issue.
Until Oulton Park the usual tactic employed by Plato, Neal and others was to simply spin the BMW's out of the way.
Now that option has been taken away from them they are bleating but as has been said there are plenty of tracks that suit FWD better so frankly I don't see why Mr Gow is allowing himself to be manipulated by the FWD brigade.
There doesn't seem to be anything to stop Honda, MG et al building RWD cars for the BTCC if that makes them more competitive - after all Audi never made a RWD A4, they were either FWD or AWD.
If someone else did make RWD cars I would have more options than just BMW or a GT86 for my next car!
View all comments (4)