Does it spark joy? That is, apparently, the question, according to one of these self-help schemes/books/videos/courses, and is the fundamental proposition behind a way of decluttering your life, and making yourself happier, so somebody told me the other day.

And as daffodils are coming out, and it’s very nearly spring, it feels to me like time to start thinking about a declutter. So you get the idea of this fad: pick up an old cushion, give it a squeeze and a cuddle, decide if it brings you joy and, if not, chuck it out.

I tried it. Got things out of cupboards and rooms, went right through the house, asked myself if they truly brought me joy and binned them if they didn’t.

Anyway, the cat and my motorcycle and I have never been happier. Or hungrier. Please send help.

But there was one nugget of semi-truth, I thought, in what I read about it: storage – even clever storage solutions – are, in essence, just organised hoarding, which is no good to anyone. Among readers of this publication, I might well not be alone in having a garage, shed or workshop, with one or two things in it that, perhaps, could have been thrown out a while ago but are kept ‘just in case’ they might be handy. 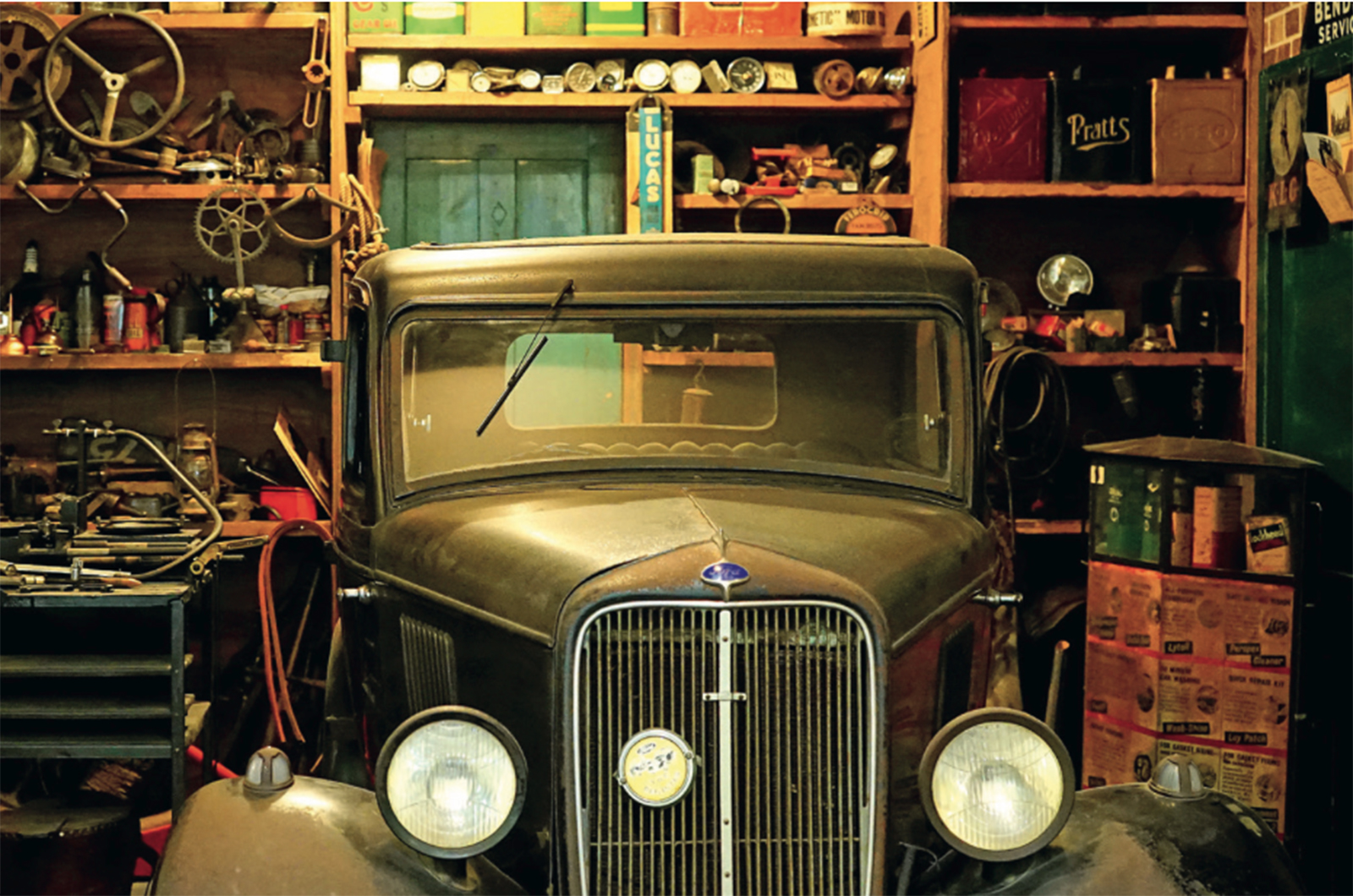 Every now and again, I will let some things go, but not others which I deem might be more useful. And do you know what: just the other day I remembered an old kart frame that would have been perfect for making a frame for a PlayStation gaming seat. Had I not scrapped it four years ago.

So it is spring, and I am going to declutter. My advice would be thus: hoard entirely, or not at all.

I recently wrote about how refuge areas in ‘smart motorways’ are to become more prevalent, only not just yet. The M4 as it runs between London and Reading is to be upgraded to smart motorway status soon – with cleverer overhead gantries and hard shoulder-running from time to time, but there’s no chance to put emergency breakdown areas closer than a mile-and-a-half apart without massively delaying the build. On future roads, though, this will be reduced to a mile. Good. I’d rather it was less than that. The thing about emergencies is that you don’t know when you’re going to have one.

On the face of it, hard shoulder-running should make loads of sense. Vehicles are more reliable than ever, so why waste this space giving them something they don’t need to stop in? Dual carriageways don’t have hard shoulders, after all.

But dual carriageways don’t tend to be as busy as motorways, and quite often they’re edged by a white line, a bit of asphalt, a bit of gravel and then some grass, making it possible to squeeze a broken down vehicleat least partly out of harm’s way. A smart motorway, edged to the left as they often are by hard Armco, doesn’t give you that chance.

Many drivers think smart motorways feel perilous in the same way that claustrophobia can feel perilous. There is no obvious way out, no passage to safety – and that uncertainty, the lack of a plan, is not conducive to the kind of relaxed driving that we ought to be enjoying.

I hate Smart Motorways for 1 simple reason. I never intentionally speed, tending more towards 65 than 70 on the motorway. Last year I got a speeding ticket because I missed the gantry sign advising of the variable speed limit being varied to 60. I got a ticket for doing 67. Sod it!

The variable speed limits are used as a cash making machine.

The number of times I have now travelled on a motorway with variable speed limits switched on with every gantry having a different speed limit is getting more common. There is no sense to having the traffic speed up and slow down so often, except to try and raise more money through speeding fines. These were on stretches which were quiet enough for everyone to be doing 70 without problem.

hey Leslie, I think I’ve seen you on the road? I’m pretty sure it’s you, do you also drive in the middle lane regardless of traffic flow and usefully have your fog lights on regardless of weather conditions?

No, I hate middle lane

No, I hate middle lane hoggers, and I use my lights apporpriately. Think I've seen you though, you'll be that massive cunt. I'm pretty sure it's you.

Wow. I was clearly joking.

Wow. I was clearly joking. What a wholly inappropriate response. Why on earth use that sort of language. You really must be a vile human being.

So swearing is ok in your Eyes...?

I do wish the moderators would occasionally read some of the posts, as in the case here, senseless ridicule obtaining an undesirable response...!

Should fines work both ways?

If the motorways were as smart as they make them out to be then yes, but when you're restricted to reduced speeds because someone forgot to change back the speed limit or the sensors aren't working...  talk about frustrating. Like most folk, when the motorway is running free and the road ahead is clear, I tend to ignore what the gantry says - which is very dangerous because one of these days...

What I'd like to know therefore is if a gantry indicates 40mph, but we find the road ahead is freeflowing and clear until the next gantry - should the Highways Agency be fined?

It depends what we mean by smart motorways. This seems to mean any motorway with the variable speed limit cameras not just those that can use the hard shoulder as a lane. I do a lot of motorway driving and these stretches are very frustrating. What I see time and again is the 60, then 50, then 40 which will stretch over a good 15 miles plus. The traffic is slowed down massively for miles.

Then you eventually come across a car in the hard shoulder that in no way required any slow down in the traffic. Yet they have delayed everyone by a good 20 mins for absolutely no reasons. I know stopping in the hard shoulder is dangerous but do we really need to be slowed down to 60 because someone has stopped for their child to be sick 15 miles up the road, then we have to drive past them at what ends up being 20mph.

the other thing is so we really need to be restricted to 78mph at 3am on a clear night because the cameras are always on? But that’s maybe a different debate.

A traffic cop told me

a few years ago that dual carriageways have the worst accidents because there is no hard shoulder. Smart motorways scare me.