Volkswagen says the Clubsport is a different kind of Golf GTI – more powerful, more heavily focused in the dynamics department and, naturally, more expensive. It exists because “there remains a relevant group of customers who demand greater performance potential than that offered by the standard Golf GTI”.

We have been here before, of course. Last time around, it was the Golf GTI TCR that filled this particular market niche. But now that Volkswagen has officially turned its back on all forms of motorsport, including the TCR (Touring Car Racing) class, it has decided to resurrect the more traditional Clubsport nomenclature last used in 2016.

The GTI Clubsport arrives just six months after the launch of the latest eighth-generation Golf GTI, bringing with it a number of subtle styling changes. Included is a revised front bumper with a more pronounced splitter element and a wider honeycomb air duct without the distinctive foglights of the standard model, as well as chunkier sills underneath the doors. At the rear, there is a new twin-plane spoiler, reworked diffuser and unique oval-shaped tailpipes. The standard wheels are 18in but buyers can also specify 19in rims.

Power comes from the latest iteration of VW’s EA888 engine. It is the same turbocharged 2.0-litre four-cylinder unit used by the four-wheel-drive Golf R, albeit in a slightly lesser state of tune, making 296bhp and 295lb ft of torque. This gives the Clubsport 49bhp and 22lb ft more than its standard Golf GTI but 20bhp and 15lb ft less than the Golf R.

Drive is channelled to the front wheels through a standard seven-speed dual-clutch gearbox with the same ratios – but a slightly shorter final drive – as the standard Golf GTI. The car’s VDQ electromechanical differential lock has also been retuned to suit the added reserves, while the front brakes have been upgraded with the same drilled 357mm discs and two-pot calipers seen on the new Golf R. 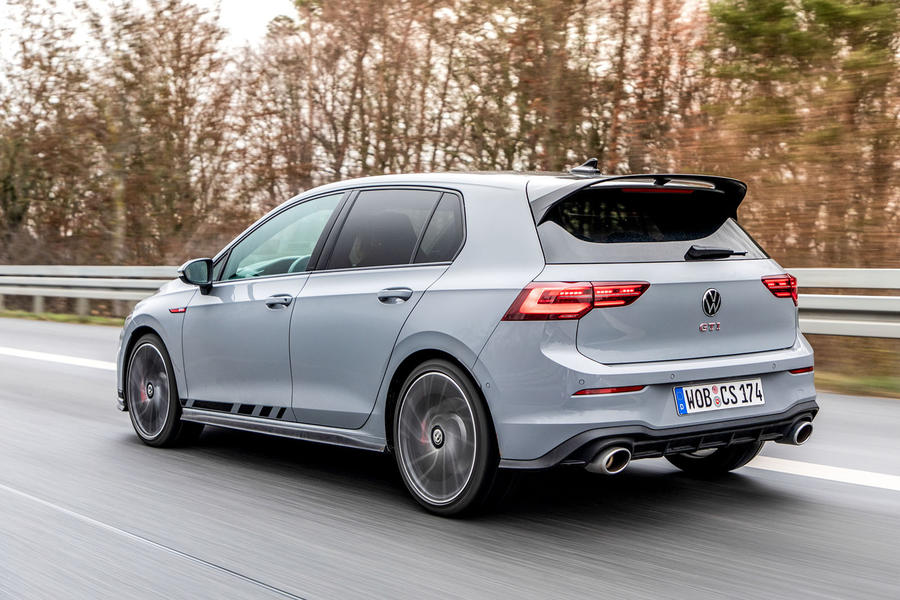 The added power and torque is instantly noticeable in the more performance-orientated driving modes. There's sharper step-off and greater urgency to the in-gear acceleration compared with the Golf GTI. This is reflected in the Clubsport’s claimed 0-62mph time, which is 0.7sec inside that of the standard model, at 5.6sec. Befitting its more sporting brief, the Clubsport also adopts a more compelling exhaust note.

Of course, the added performance comes at a price. Loading the throttle up suddenly, in a low gear and on the exit to a tight corner, often causes the front wheels to momentarily scramble for traction. Wheelspin is only ever fleeting and can be anticipated, although it undermines the car’s sense of tactility and clearly signals the limits of VW’s front axle technology, which uses brake intervention to limit the slip as well as the clutch-based VDQ system.

This aside, the Clubsport is more responsive, possesses greater body control and serves up greater levels of grip than the standard GTI. On the right road, and in favourable weather conditions, it displays real intent.

Part of the reason for this is the 10mm reduction in ride height and “significantly greater” negative camber for the front wheels. The front springs and dampers are carried over without change, although there is a new control arm mount as well as new wheel mounts and new springs and dampers at the rear. And at the rear especially, there’s no doubt that stability has increased.

In line with developments on the standard Golf GTI, you can also precisely alter the damper settings and action of the VDQ differential lock via the Dynamic Chassis Control (DCC) system. And in addition to the standard Golf GTI driving modes, the new Clubsport has a Nürburgring mode. Tuned to operate with 19in Michelin Pilot Sport Cup 2 tyres, this setting was used by VW’s contracted racing-turned-development driver Benjamin Leuchter to lap the Nordschleife a claimed 13sec quicker than the standard model, at 7min5 4sec. 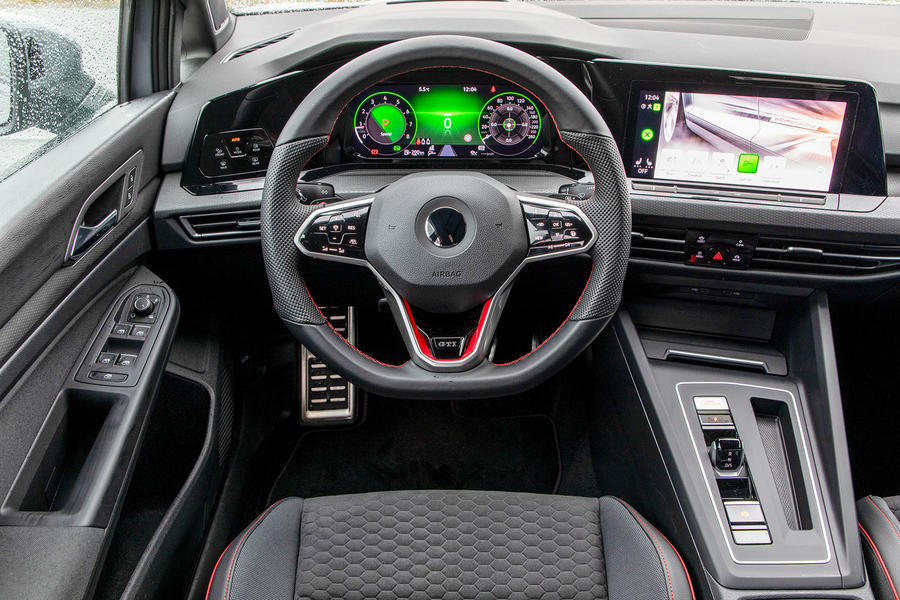 Ultimately, the Clubsport is comfortably more engaging than the standard Golf GTI, and yet it delivers excellent compliance. At £37,215, the premium over the GTI is £3755, and that seems fair.

Just be aware that the more powerful Golf R, complete with four-wheel drive, an additional Race mode and much of the same kit, is only £1955 more than the Clubsport itself. 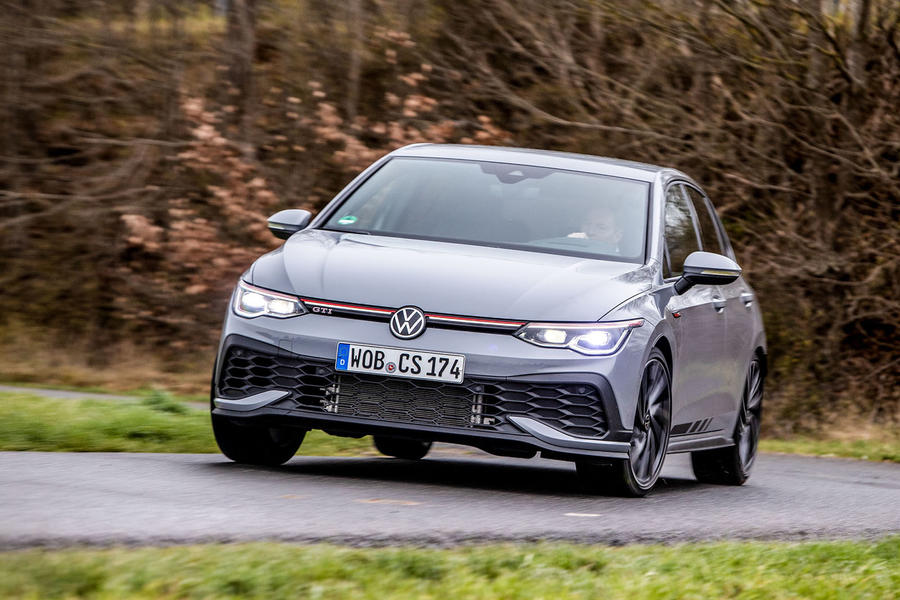 Look Peter you can do Italic and Underline aswell

TRY ALL CAPS NEXT TIME

Is  there a world-wide glut of chicken wire?

Wasn't there talk of a Golf R with 400bhp on the cards?

Wasn't there talk of a Golf R with 400bhp on the cards?

There was. Though if the pricing of the R is anything to go by, especially compared with the Audi S3, the 'R400' could be a very expensive Golf. It may be seen as too much for a Golf. Especially as I don't think it would have had the RS3's engine either, just a highly tuned 2.0 4-cylinder one.