From £31,170
Yaris is liberated in junior-ranking rally guise, though its character stems from the road car’s talent
Open gallery
Close

This is, probably, the Toyota GR Yaris of your dreams: a stripped-out competition version of the hot hatch of the moment, with rally-spec suspension and gravel or dirt tyres, plus some driveline tweaks but no uplift in power or complexity, so it’s still very approachable.

The Toyota Gazoo Racing Iberian Cup is a joint venture between Toyota Spain, the Madrid-based Motor and Sport Institute (MSi) and Caetano, Portugal’s long-time Toyota importer. It costs around 65,000 euros before taxes and this year will form the basis of a single-make championship consisting of nine mostly gravel rallies dotted around the Iberian peninsula. The 2023 and ‘24 seasons are also already confirmed.

There’s also some extra bracing between the front struts and we noticed some fancy drop-links, though the brakes appeared to be shared with the road car and must therefore sit very snugly within the rally car’s 15in dirt-spec wheels (the asphalt wheels are larger). The high-profile tyres are by Michelin.

Elsewhere you get sump guards, a roof air intake, more powerful headlights and an exhaust that retains the catalyser but gets more of that hollow, WRC-lite yowl out of the GR Yaris’s unaltered turbo three-pot, which is nice. The door mirrors are carbonfibre, the front wings are aluminium (presumably so they can easily be bent back into shape) and chunky red mudflaps give off Tommi Mäkinen vibes.

We borrowed the car of MSi development driver and double Spanish rally champion Pepe López, and we had a short dirt circuit to play on at the part-test track, part-mountain getaway of the current Dakar champion Nasser Al-Attiyah. 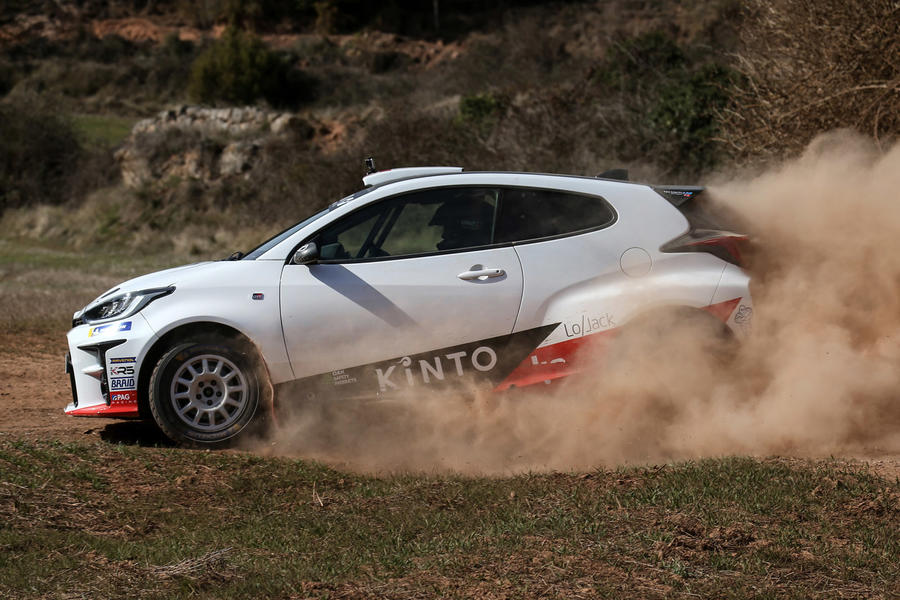 There’s a curious role reversal between the road GR Yaris and the Cup. The latter is awkward to get into, because you need to fold yourself between the contours of the Atech buckets and the roll cage. However, once you’re inside, the rally car addresses arguably the biggest failing of the road car: its lofty driving position. The showroom Yaris puts you so high that the rear-view mirror can invade your sightline on a good B-road; in the Cup, you’re right on the floorpan, touring-car style.

Getting going is almost too easy: the clutch and beautifully straightforward, finger-tippy steering are light and visibility is reasonably good. There's not much steering lock, but as you'll learn as soon as you're up to speed, the car hardly needs any. You can even have the regular car’s rev-matching function engaged for the six-speed gearbox, and there’s nothing else to decide on that the mechanics haven't already set for you, so there's nothing to distract.

What follows is an absolute riot. The Iberian Cup car feels raw but weightless and in some way delicate compared with the road car, and is shockingly accelerative on a dusty surface. The engine is unchanged from factory-spec, but 257bhp and 266lb ft are more than enough to fling your forward with just the right mix of dirt-slinging wheel-slip and crampons-on acceleration.

And then you get to the corners. Those Cusco diffs must be pretty tightly wound, because beyond a sliver of understeer, the chassis answers throttle openings with sharp but addictively controllable oversteer. The handbrake is necessary only once on this rally-tots circuit, at the very tightest hairpin. Elsewhere, the fact that a novice can quickly get to the point of swinging into third-gear corners with a proper Scandinavian flick – thereafter exiting in a whirlwind of dust and to the cacophony of stones hammering off the bodyshell – is telling. From lap three onwards, the yellow steering-wheel marker is only at 12 o'clock from fleeting, transitory moments as lock is instinctively applied to this side and t'other.

The blend of adjustability and stability is just joyful. The tyres generate a surprisingly level of grip but it's your choice – via the throttle-pedal – as to how much you want to dip into that or exceed it. Freer suspension travel and reduced weight also means the car floats lithely across the ground and mops up the landing of this short course’s one small jump (taken slightly sideways) near-seamlessly. It's everything you'd want from a junior rally warrior, though admittedly you'd get a similar thrill from chucking an old Impreza Turbo about in an empty field. 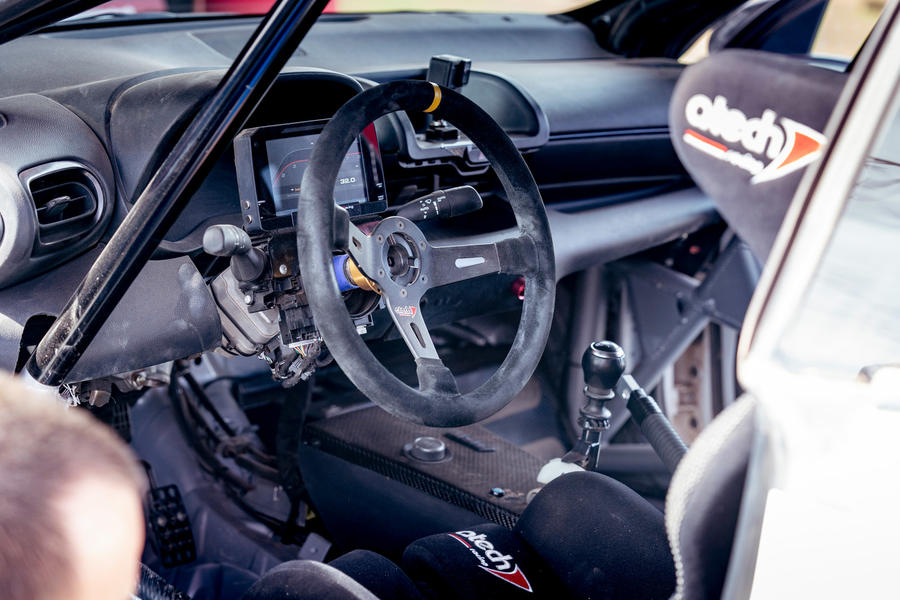 And then it’s over. Naturally, I now need an Iberian Cup GR Yaris, plus the space to use it properly, which is the main obstacle to enjoying one of these outside of the confines of competition. As for what the esteemed road-car can learn from its cousin, a little less weight in the body and margianlly longer springs could make it all the sweeter on your typical British B-road.

Why does Autocar not carry more on the BTCC championship? This is far more skilful and exciting to watch than the yawn fest that is F1.