From £32,9157
Big, clever and should last a lifetime, but there’s no ignoring the fact that it lacks the outright polish of its European rivals
Open gallery
Close

Dunkin’ Donuts, late-night chat shows, Twinkies, Sketchers, Seinfeld and the Toyota Camry – all concepts that, while proving widely popular in good ol’ US of A, haven’t transferred particularly well when they’ve been brought over to the UK.

While American buyers have always loved the idea of large, comfortable, petrol-powered saloons (Toyota sells more than 400,000 Camrys a year in the US alone), British buyers have typically favoured smaller, more nimble diesel cars from ‘premium’ manufacturers. That's why the Camry was canned back in 2004; while the European big saloon market went mad for diesel, Toyota didn’t offer one and sales predictably slumped.

But now, in an ironic turn of events, the Camry name is about to make a return to British dealers, due to – yup, you guessed it – a downturn in diesel sales.

Available exclusively with a hybrid powertrain consisting of a 2.5-litre four-cylinder engine and an electric motor, the new Camry is bang on trend and is perfectly placed to compete with other ‘self-charging’ (cars that top up their batteries automatically when you decelerate) rivals such as the Ford Mondeo Hybrid, as well as plug-hybrids (hybrids that benefit from being charged up overnight), such as the Volkswagen Passat GTE. 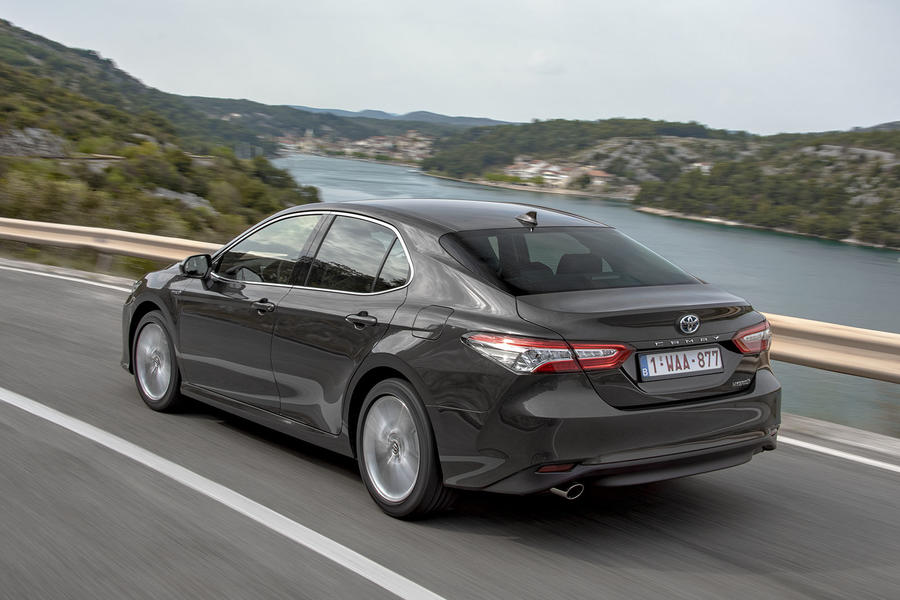 Toyota claims the Camry has been ‘tuned for Europe’, which could be interpreted to suggest that UK-bound cars benefit from sharper handling than their American counterparts. In reality, though, the Camry feels like a car designed to cruise rather than excite. The steering has a nice heft and responds in a smooth and linear manner, but once the soft suspension and corresponding body roll in corners remind you that this is no BMW 3 Series rival.

But of course, the benefit of soft suspension is increased pliancy, and it’s here where the Camry impresses. The standard suspension deals with undulations very well without ever feeling floaty or uncontrolled. Even our range-topping test car, on 18in wheels, was very agreeable, smoothing out patchy sections of road with little more than a shudder through the base of your seat.

Indeed, the whole car is impressively refined; both wind and road noise are well suppressed and the engine is virtually inaudible at constant motorway speeds. That said, it's paired, as is something of a Toyota tradition, to a continuously variable transmission (CVT), which lends a tendency for the engine to rev frantically when you demand full acceleration. And, with less low-down torque to call upon than diesel rivals can summon, such soaring revs are a fairly common occurrence when overtaking on country roads or merging onto fast flowing motorways.

Inside, there’s no doubt that the Camry feels more solid than a Mondeo or Vauxhall Insignia Grand Sport, but it simply lacks the sophistication of its closest German competitors. Yes, there are soft-touch materials scattered around the interior, but few of them are located in areas that you’d regularly come into contact with. The small (7.0in) infotainment screen is also disappointing, with slow response times, poor graphics and no availability of Apple CarPlay and Android Auto smartphone mirroring.

That said, the Camry does have a party trick up its sleeve: space. Put simply, unless you’re Shaquille O'Neal, you should have plenty of room to spread out in both the front and rear. A clever rear suspension design, along with the positioning of the car’s batteries beneath the rear seats, minimises intrusion into the boot, too, resulting in impressive luggage capacity – more than you’ll find in a Ford Mondeo Hybrid or Passat GTE. 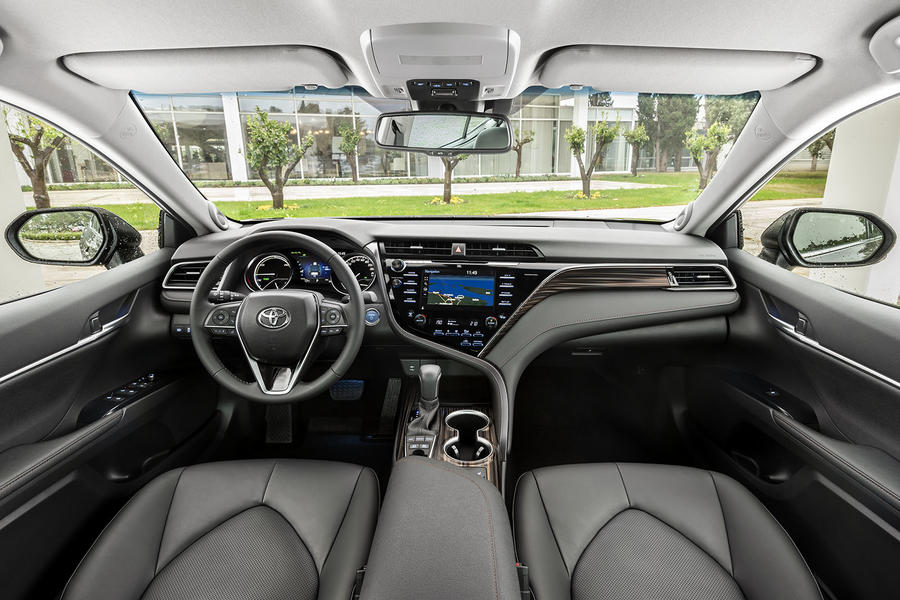 Well, there’s no doubt that the Camry is an impressively accomplished hybrid saloon. It’s comfortable, quiet at a cruise and relatively spacious. It’s also well equipped and should prove cheap to run.

However, the hybrid system that makes the Camry so economical lacks the outright flexibility of a diesel engine, and, although the interior feels well screwed together, its infotainment system frustrates and the mixed quality of the materials is disappointing.

Therefore, we reckon the Camry - a bit like Hershey's chocolate - will remain something of a plain but perfectly acceptable American preoccupation. 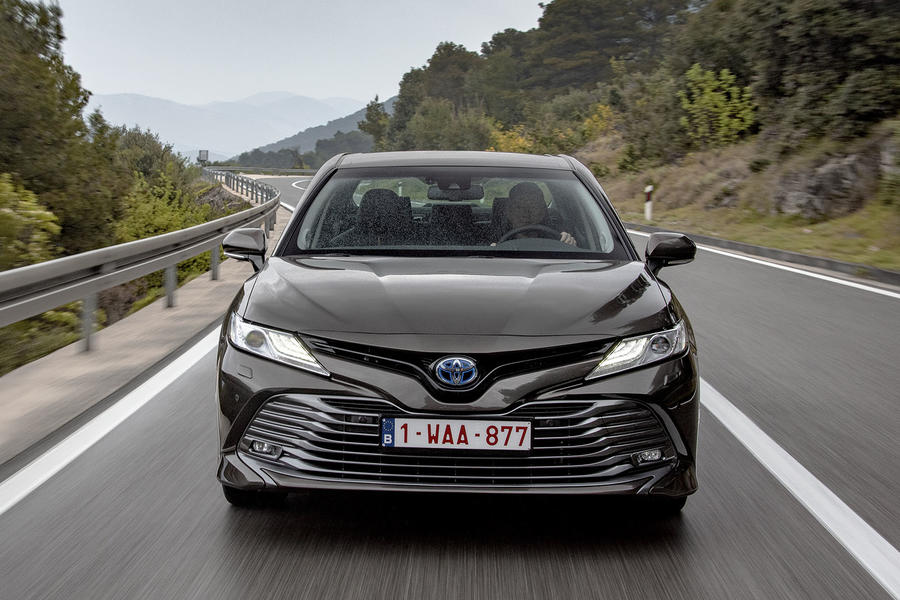 Why is every car compared to a BMW,good as they are,the Camry is a far larger car,Ive hired them twice in Australia. They are smooth and refined,never had any problems,having coverd close to 5,000km each time in the none hybrid petrol auto. As for connectivity,most people just use bluetooth.

Come on autocar, surely you

Come on autocar, surely you can stop or at least delete these spam replies.