From £41,9908
Much ballyhooed ‘affordable’ electric saloon will be in showrooms later this year, making the question of its suitability for Britain’s awful roads look all the more urgent. We take it to some favourite ‘ride’ roads to discover the truth
Open gallery
Close

There can’t be many people this side of the moon who would still wonder about the identity of the Tesla Model 3 if they saw one parked in the street.

Most people already know a lot from the papers and TV about Elon Musk’s electric marque, and especially about the BMW 3 Series-sized Model 3 that has generated a six-figure waiting list on world markets and which, after delays, will start bringing affordable Tesla motoring to the UK masses later this year.

We’ve already driven enough pre-production Model 3s in foreign parts to know about the car’s all-round strengths – torque, acceleration, smoothness and quietness – and also about the special driving techniques it encourages in its driver: smoothness with torque, minimal wheel twirling and a consciousness that when it coasts or brakes, it regenerates power.

However, this was our first chance to drive a Tesla Model 3 on UK roads, which raised questions we haven’t faced before. The biggest: how would the car cope with our uniquely uneven, lumpy and potholed roads? Would our noisy surfaces be a bother? Would the steering have the accuracy and feel needed for brisk progress on kerb-lined country roads? In short, could the Tesla Model 3 fit comfortably into the UK motoring scene when it arrives in numbers? 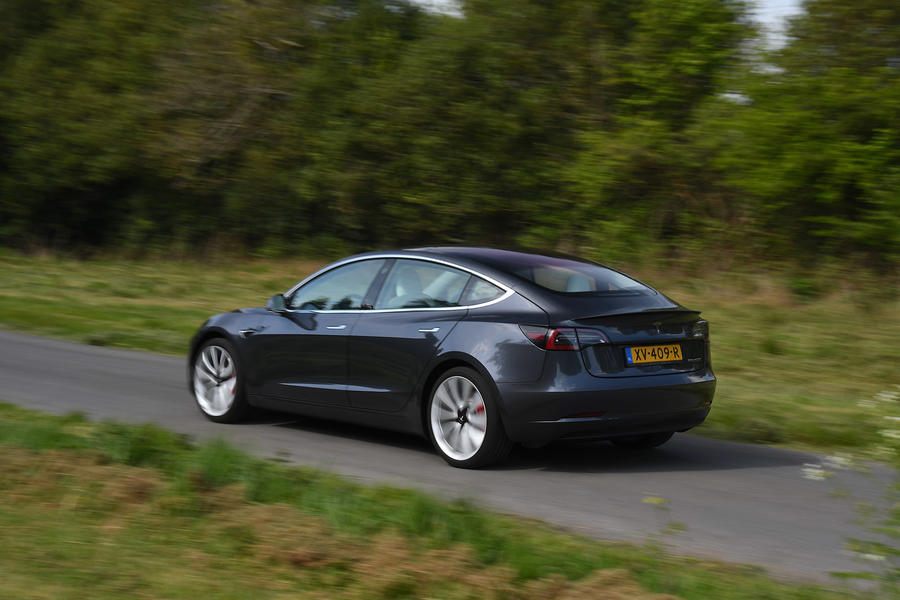 The Model 3 line-up begins with the £38,900 Standard Range Plus, with its single motor and 258-mile range. The Long Range variant adds a second motor and starts at £47,900, but it's the £56,900 Model 3 Performance we're driving here, complete with sporty suspension rates, 75kWh battery, and its twin motors (one front, one rear) producing 444bhp and 471lb ft of torque to all four wheels.

It’s a version we’d tried before, though it must be admitted that another chance to drive a car as smooth as a gas turbine that generates practically no powertrain noise while it sprints from 0-62mph in 3.4sec (and can reach 167mph) is hardly second prize.

We drove on roads just outside London’s orbital M25 that we often use for ride comfort testing. It was instantly clear the Model 3, sportily suspended though it was, felt very good. Flat, firm, controlled. The car has a long wheelbase so its primary ride is very good indeed. Its damping is a little less sophisticated, so there was quite a bit of surface noise on the worst of our test route, but it was by no means as bad as the worst.

You sit maybe 50mm higher than in most saloons (there’s a battery beneath) so you notice body roll in very hard corners, but the car grips extremely well, at least on the bone-dry roads we encountered, and corners neutrally. Better, the suspension is entirely free from wheel fight in corners under power (a fault of cheaper electric rivals) and the car seems to have immaculate suspension geometry so the steering wheel stays rock-steady in your hands – thus the car always feels brilliantly stable – even when you’re really pressing it. Brake feel, a fault of earlier models, is powerful and intuitive.

The steering is very accurate if a shade lifeless against the best. There are three choices of rim effort (the lightest Comfort mode allows most subtle control, we found) but the car is always easy to manoeuvre. The front screen pillars are tree-trunk thick, but there’s a simplicity about the fascia (all functions, even glovebox opening, are touch-selected from the huge central screen), which leaves a feeling of airiness and driving simplicity. 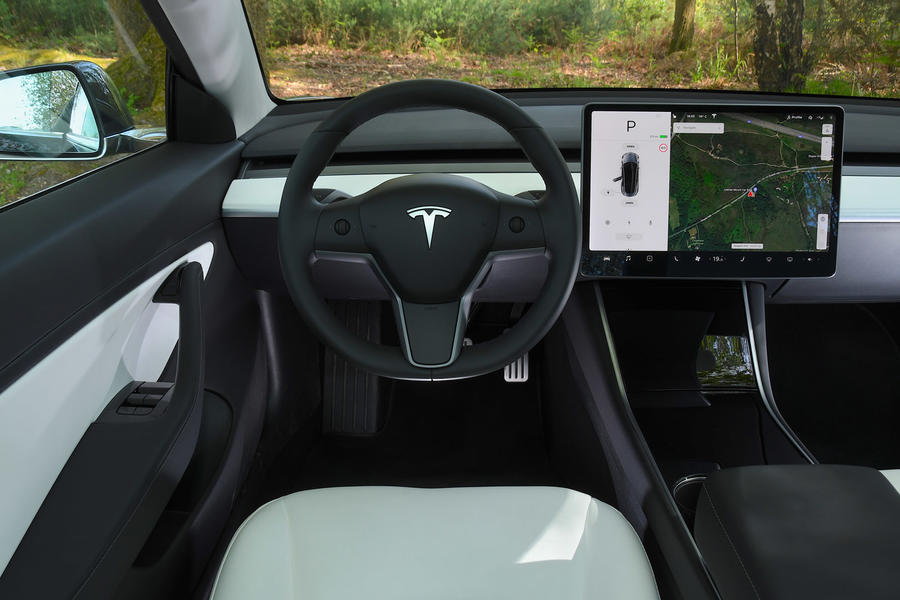 You can’t summarise a car as different as this in an hour or so, which is what we had. But this is indisputably a fascinating, very capable car.

The Model 3 Performance easily answers that question about suiting British drivers and roads – it’s made for them. And the softer-suspended Long Range will likely do better still. 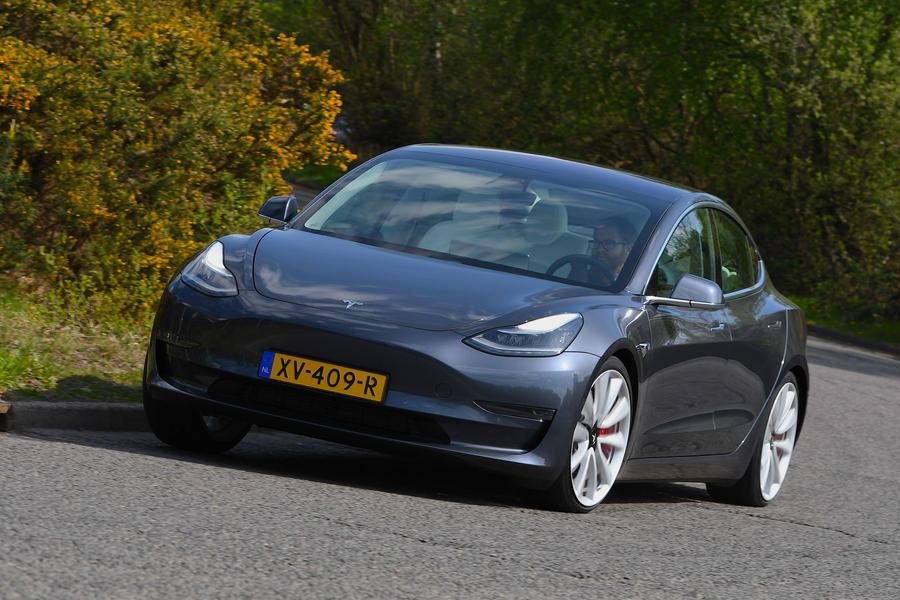 I've noticed all the

I've noticed all the naysayers are out in force before they have sat in one let alone driven one.

I have already put in my name for the performance model trading in my old model S.

I am a total convert to electric vehicles and am lucky enough to be able to afford a Tesla.

I can understand the reluctance of people coming across them and not wanting to change over from legacy car manufacturers but at least try one before dismissing it.

I tried the ipace recently and enjoyed the looks and feel of the car but the fact that it has no charging infrastructure and very poor range compared to my old model S ( less than 200 miles at even a moderate pace ) put me off. Also jag has an appaling problem with reliability, I had the car for 3 days and one of the info screens stopped working. Incredibly the Tesla I've had for coming up to 4 years has never suffered any problems except for a faulty charging port which refused to open one day

I drive down to Italy and revelo near sorento quite often with the family and it's almost free to do so.

Superchargers located conveniently all the way down the continent

That would take forever in the jag or Eton which are already proven to be inefficient compared to the American.

I will post more when I get my new car and cant wait to see how it will be easier to use on our cramped potholed roads as in that respect my S is too long and wide. The model 3 with it's more modest proportions should make it less fraught to wide through London traffic.

This car thrashed the M3 in

This car thrashed the M3 in head to head comparison in all tests. It is the car that all cars must aspire to... period.

This car thrashed the M3 in head to head comparison in all tests. It is the car that all cars must aspire to... period.

This made me laugh hard!!!