With mechanical homogeneity looming as everything becomes based around skateboard-style EV platforms, engineers seem to be seizing the moment as a final opportunity to go a bit mad with weird and wonderful technical solutions for their new hybrids, and the Suzuki Vitara is another such example.

We’ve seen motors on the rear axle or in the gearbox, Toyota’s planetary gearset, Honda’s pretend CVT and, quirkiest of all, Renault’s four-speed dog 'box. Now here’s another one to add to the collection: Suzuki has revived the much-maligned automated manual for its new Vitara Hybrid.

Suzuki has made the Vitara compact crossover into its second full hybrid model, after the Suzuki Swace. Unlike that rebadged Toyota Corolla Touring Sports estate, the Vitara’s hybrid system is all Suzuki’s own work – and that’s not necessarily a good thing. We would normally applaud Suzuki for charting its own course, because it has applied mild-hybrid power to very good effect in most of its cars, but this full hybrid isn't so convincing.

For one, it doesn’t use the very capable 1.4-litre turbo engine of the normal Suzuki Vitara but an older, naturally aspirated 1.5-litre unit with 114bhp. And that's assisted by a belt-driven electric motor-generator with 33bhp, which is pretty puny for a hybrid. Combined with the fact that it doesn’t add to the peak power output (it just beefs up the power curve at lower revs), this car is actually more like a potent mild hybrid than a full hybrid.

The drive battery’s 0.84kWh capacity is pretty small, too. As already mentioned, all power is fed through a six-speed automated manual gearbox. 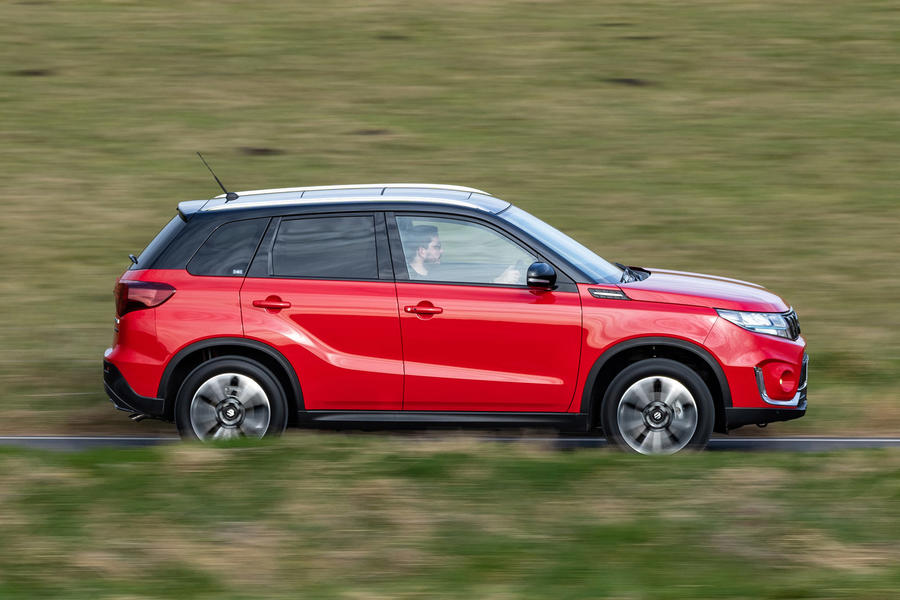 The gearbox is a manual with actuators to take care of the clutch and gearchange and minus the clutch pedal and gearstick. Such 'boxes died out in the 2010s, because in most applications they were slow and clunky.

It’s a technology that should have stayed dead. Thanks to the electric motor providing some torque fill while the gearbox is doing its thing, at least gearchanges are smooth most of the time, but upshifts are still veeeeery slooooow, especially under big throttle openings. When you demand a lot of power from rest (as you might do at a busy junction), it can also take a moment to give you meaningful acceleration.

With the motor and battery as meagre as they are, the amount of time you can drive with the engine off is extremely limited, too. Even when pottering through town, you need to be careful with the accelerator in order not to rouse it. Engaging the Eco mode helps, but only a little bit. If there is a benefit to the small battery, it’s that neither the Vitara's boot space nor its handling has been noticeably compromised.

At least it’s economical, right? Yes and no. Its official figure of 53mpg is only just below that of the Toyota Yaris Cross and Renault Captur E-Tech, and our test drive did suggest that you will get close to that in the real world. The trouble is that the existing mild-hybrid Vitara, even with the torque-converter automatic 'box, got 49.5mpg.

The hybrid replaces the mild-hybrid automatic in the range (the mild-hybrid manual remains available) but, priced from £25,499, the new car is £570 more expensive, considerably slower and nowhere near as pleasant to drive, all for improvements of 3.5mpg and 8g/km CO2 emission. That drop in CO2 does put the full hybrid in a lower BIK band, but due to the higher list price, the saving in company car tax comes to only about £50 over three years for someone on 20% income tax. 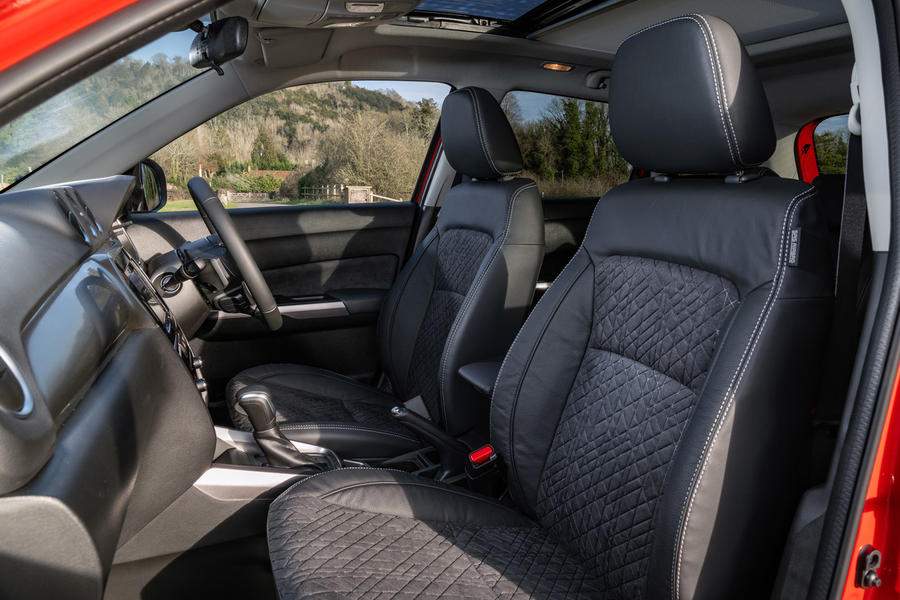 The mild-hybrid manual Vitara makes sense, because, even though the interior feels cheap and dated, it undercuts most rivals on price while offering good performance, excellent interior space, decent standard equipment and the promise of outstanding reliability. The new full hybrid version is more expensive yet worse in every appreciable way.

Particularly with the £2000 contribution Suzuki is currently offering retail customers, the Vitara Hybrid is still cheaper than the Yaris Cross or Captur E-Tech, but not by enough to excuse the archaic transmission, sluggish performance or low-rent interior and infotainment.

Save yourself £1750 by going for the mild-hybrid manual or get one of its rivals. 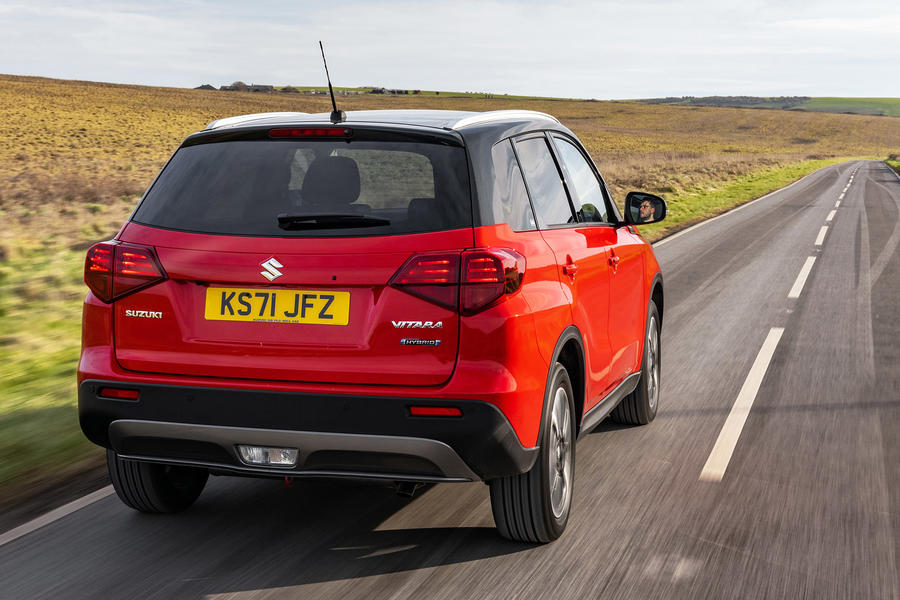 Suzuki is an oddly unpredictable company especially when it comes to engines and automatic gearboxes, raising many questions such as: why was the oh-so popular Jimny lumbered with an old nail of an engine which couldn't pass emissions regulations and why was it then converted to a van rather than giving it the decent engine it always needed?  Having ditched the automated manual in the Ignis for a CVT, why has the former now popped up again in this Vitara?  When the Swift had a very good torque converter automatic which seemed to give great performance and pretty good economy, why was that swapped for the less popular CVT?  It would almost seem that Suzuki can't make up its mind as to which technology it should use, and is not averse to using old stuff that's left lying around.  Still, I suppose such questions will become irrelevant when everything has to be battery electric.

Loved our 1.6 Vitara, but boy have things gone down hill with pretty much every Suzuki since