Ssangyong, the South Korean specialist in affordable, tough and traditional SUVs, has a new flagship model, the all-new Rexton SUV.

It’s an entirely fresh design inside and out, and is available in three specifications, all bristling with the kinds of gadgets that rival cars list as options, which makes the Rexton's price range - between £27,500 for the entry-level EX and £37,500 for the loaded, Nappa-leathered Ultimate auto - look extremely competitive.

For the first time, a big Ssangyong has convincing modern styling, and the interior is especially spacious and well designed. There are seven seats as standard, although you can opt to leave the third row out in the middle ELX model if your priority is the biggest possible boot capacity.

Technically speaking, the new Rexton doesn't pull up any trees: its body sits on a rugged and simple separate steel chassis (which, Ssangyong says, gives it great reserves of strength, plus a 3.5-tonne towing capacity) and, although the suspension is independent at both ends, it employs steel springs rather than the height-adjustable pneumatic units that rival cars have.

The engine is Ssangyong’s familiar 2.2-litre diesel, here in a cleaner Euro 6 guise, producing 179bhp at 4000rpm and a meaty 310lb ft of torque just where you need it, between 1600 and 2100rpm. The standard gearbox (in EX and ELX) is a six-speed manual, but most buyers will go for the Mercedes-sourced seven-speed automatic, which comes at a £2000 premium.

The Rexton's standard four-wheel drive is an old-school selectable system with a separate low-range gearbox. The Rexton normally runs on-road in rear-wheel-drive high range. For 4WD, you have to manually select either high-range 4x4 or low-range 4x4. There’s no centre differential, though, so it's best not to use 4WD on road except in the worst conditions of wet and snow. 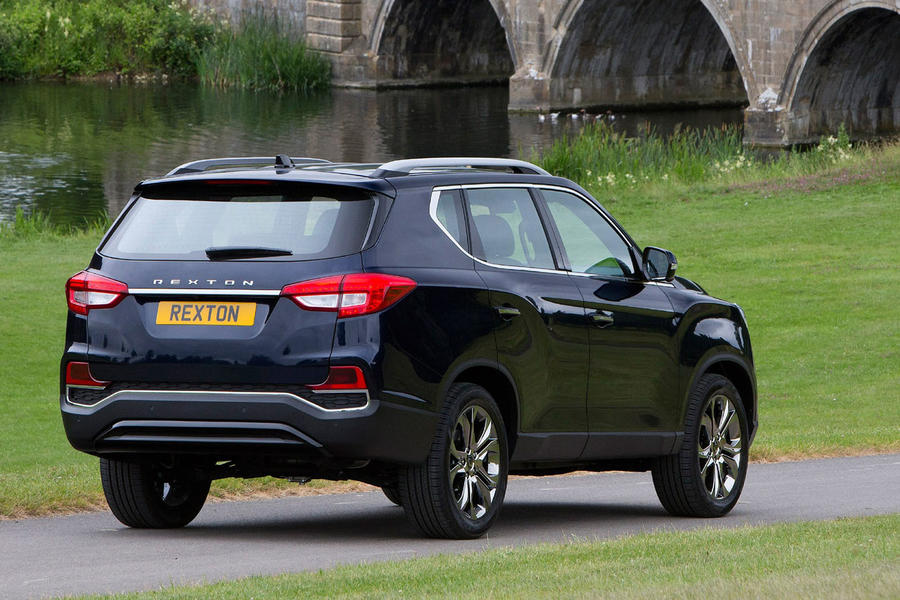 When you first step into the new Rexton, you're instantly aware of its size and height. This is no low-roofed crossover, but an SUV that carries its occupants proudly high. At 4.85 metres long, it’s a big car on the road, though not quite as big as the established E-segment models, the Land Rover Discovery and Volvo XC90, whose prices the Rexton virtually cuts in half. But it’s bigger than the Hyundai Santa Fe and Jeep Grand Cherokee in the class below. Ssangyong believes the Rexton is good enough to find buyers in both markets.

The Rexton's styling is notably brick-like but cleaner and more modern than many, and it uses some family design cues from the successful and good-looking Tivoli, which sits two classes below. The Rexton's interior is both plush and very well equipped; it has all the info screens, connectivity and electronic driving aids an SUV buyer could want, and the Ultimate is trimmed with cross-quilted Nappa leather, normally a facet of much pricier offerings. In fact, the only extras you can buy for this full-house, £37,500 model - with impressive 20in alloys and Mercedes auto 'box coming as part of the package - are metallic paint and a towbar.

The three Rexton models are identical in mechanical spec and therefore performance, and their kerb weight is substantial at around 2100kg – a fact that becomes clear when you drive. Acceleration from standstill is decently quick (courtesy of low-end diesel torque and the auto’s seven ratios) but mid-range performance is no better than average. An 11.9sec 0-60mph time is acceptable rather than impressive, as is the claimed 115mph top speed, which reflects the Rexton’s mighty frontal area. However, there’s a beguiling effortlessness about the big Ssangyong’s progress on the highway, because engine, wind and road noise are all very well contained. Off-road, it displays surprising capabilities, even on road tyres, when its low range, hill descent control and other traction-keeping gadgets are deployed.

Handling is safe and secure. The front seats have surprisingly good side-support, and the Rexton grips decently in wet roundabouts taken fast, displaying a tendency to final understeer if you really insist. The primary ride is good: the car stays level and deals well with big road irregularities - while reminding you always of its built-in strength - but it’s far less capable at dealing with higher-frequency jitters, especially the Ultimate with its lower-profile 20in wheels. The ELX, on standard 18ins, is definitely more composed and supple on UK roads. The Rexton’s steering isn’t brilliant, either. It’s a hydraulic, speed-sensitive system, rather too light for European tastes at low speeds (the Korean market has a strong preference for this), but it loads up quite well once you get going, giving more acceptable, accurate centre feel. 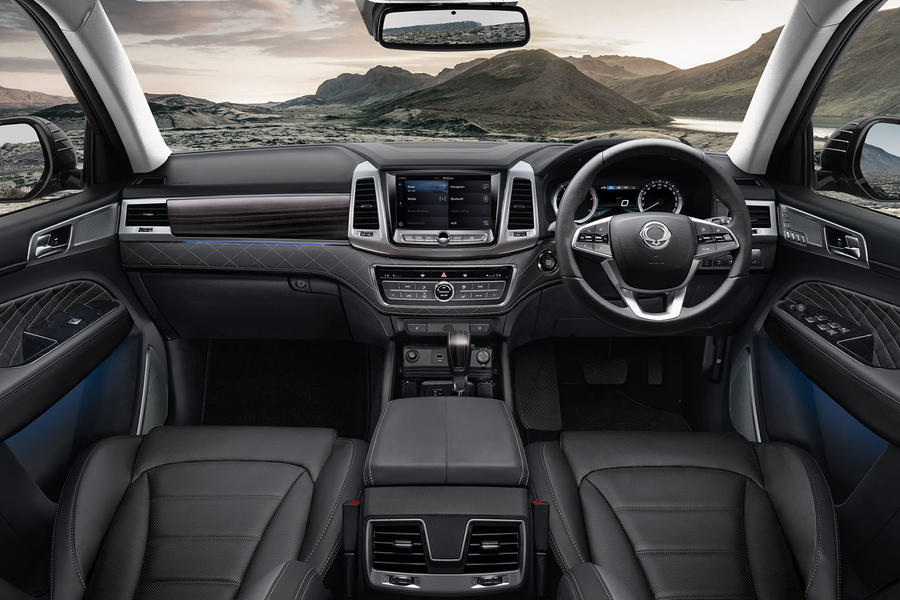 If you prefer to avoid the (considerable) price of badge-appeal charged by better-known manufacturers, and simply seek a well-founded, well-made, well-equipped working vehicle, you should definitely consider the Rexton. There’s no doubt that it's very good value for money and decent to drive, and as far as we could see, build quality is fine.

Ssangyong dealers report very low warranty claims thus far, too. The Rexton isn’t a driver’s car - most would argue not much in this class can be - but it has an endearing do-anything quality and happily makes progress. Ssangyong expects to treble its British volume with this new model, and it’s easy to see why. 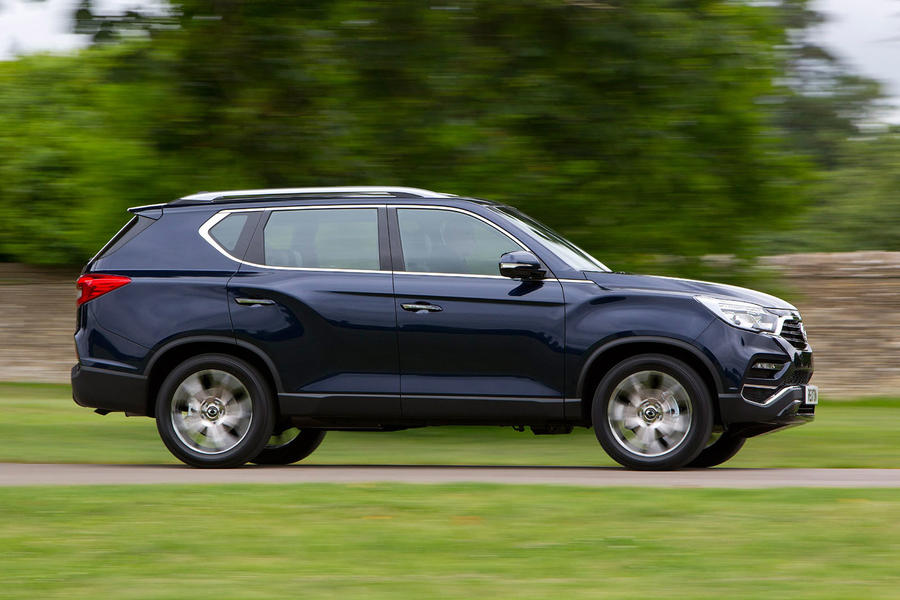 Yes the Rexton works for me, the entry level EX is unbelievable value for money, a proper 4x4 with real off road and towing capacity that's unrivalled for the price. Definitely not one for the school run but perfect if you've got a horse box in a muddy field that needs towing. For what you get including the auto box the Ultimate version is pretty good value if you consider how much an equivalent spec Landcruiser would cost. Ssangyong are to be congratulated bringing the Rexton to the UK and I wouldn't be at all surprised that the ambition to triple sales of the car will be exceeded handsomely

If there's no centre diff it

If there's no centre diff it must use something else like viscus coupling.

I think £37k is a bargain for a proper 4x4 kitted like this one.

No centre differential? Surely not correct? It would be undrivable.
View all comments (6)