One-tonne four-door pick-ups – including Ssangyong with its new, keenly priced Musso – have been having a good time in the British market, aided by a value-enhancing semi-loophole that limits their exposure to tax when used as company cars.

Now 'Korea’s Land Rover' has launched an all-new 4x4 pick-up, still on a ladder chassis like its siblings but entirely new inside and out from its predecessor.

The Musso has plenty of rivals. The number of four-door pick-ups in the UK has been growing steadily, with usual suspects such as Ford, Toyota and Nissan joined in recent years by Volkswagen and Mercedes-Benz. Soon, Ford plans to develop the genre with a high-performance Raptor version of its Ranger one-tonner.

But even in an increasingly crowded arena the new Ssanyong Musso’s combination of good looks, low prices and dense equipment makes it special. There are four models: the basic EX, the Rebel, the Saracen and the Rhino, in ascending price order that starts at just over £25,000 and rises to £35,000. 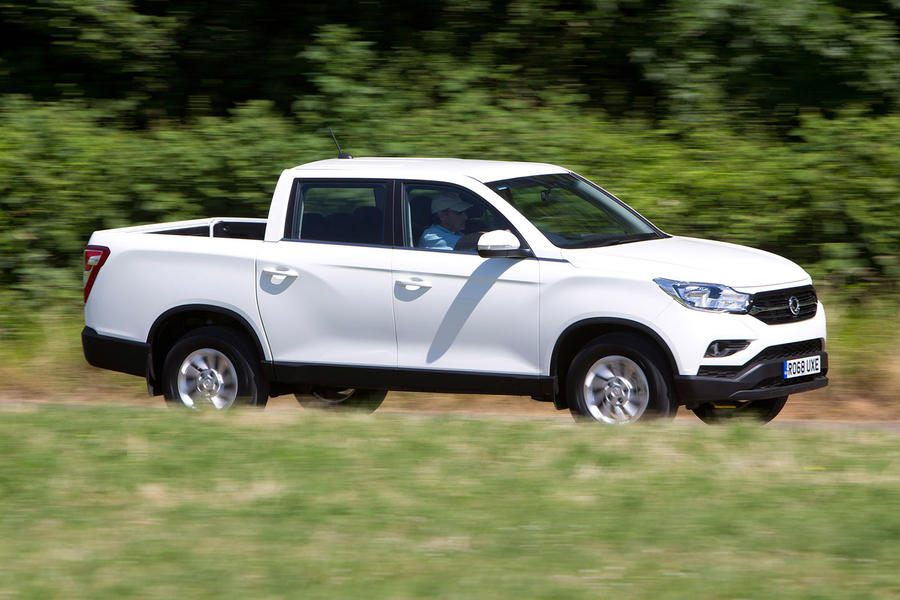 All Musso models share the same body-on-frame chassis and outer sheet metal, and all are powered by Ssangyong’s 2.2-litre, 178bhp four-cylinder diesel (available with six-speed auto or manual) that pumps out 295lb ft of torque and directs it through a manual-select 4x4 system. The standard transmission is a six-speed manual, but a six-speed Aisin auto is optional.

The Musso is around 30cm shorter than a Nissan Navara or closely related Mercedes X-class (an advantage to manoeuvrability even if its load tray is shorter) and the lightest Musso version weighs a respectable 2155kg beside the kerb, lighter than many. The manual version’s top speed just beats 120mph, and 0-60mph acceleration is 11.6 seconds, par for the class, but off-the-mark acceleration feels stronger than that statistic implies.

Our test Musso was the most basic, manual gearbox EX, which given its price looks great value since it also comes with manual air conditioning, electric windows, remote central locking, a height-adjustable steering wheel, a DAB radio and a decent set of 17-inch alloy wheels). The most obvious 'poverty model' feature is the EX’s black fabric upholstery, but even that is impressive for comfort and evident durability.

Choose the next-up Rebel model and you get the rest of the stuff that really matters: an eight-inch central screen with Apple CarPlay, bigger alloys and special graphics. The Saracen and Rhino above get really plush: with bigger screens, built-in nav systems, Nappa leather seats and lots of upgrades to wheels (20in), graphics and roof rails. They also offer a hill descent control, though the 4x4 system is always the manual-select variety.

On the road, the Musso feels surprisingly good for a model at the very bottom of its price class. It corners with very decent grip and roll control, and the fairly light steering (and helpfully small diameter steering wheel) has better centre feel than many. Same goes for the low road and wind noise. Ride comfort only just clears the threshold of acceptability but the engine is positively zesty low down and impressively quiet when you’re cruising; the six-gear spread giving it very long legs.

For a vehicle than can carry one tonne as a pick-up and tow a 3.5-tonne trailer, the Musso feels thoroughly civilised in car mode. After a mile or two you can see its potential as a Musso is likely to work tolerably well as a family transport for tradespeople and owners who carry loads. It even looks better than most of its peers.

Ssangyong has done plenty in recent years to improve its products and build market credibility, chucking in a deeply impressive seven-year, 150,000-mile warranty. This latest Musso, even in our test car’s basic EX form, is a very good step along the road. 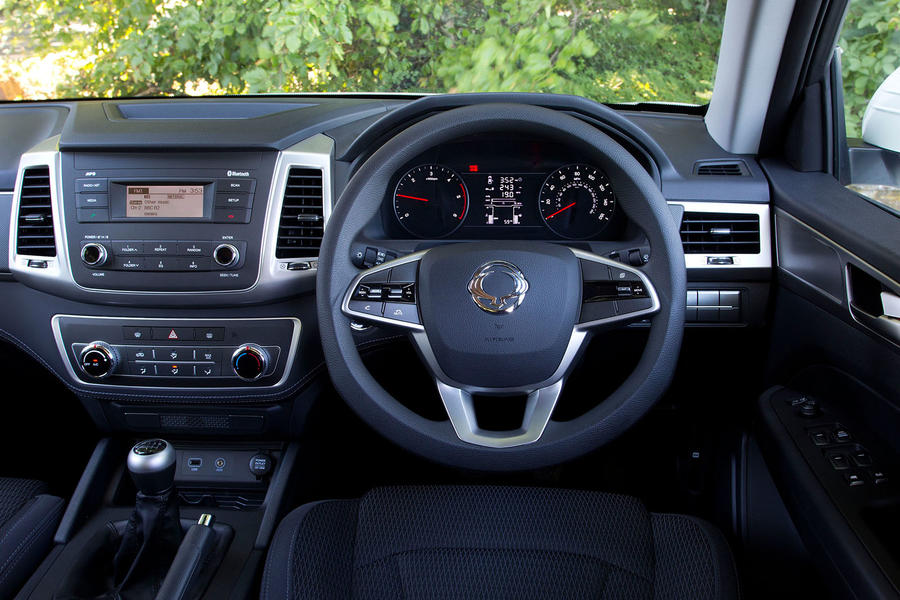 If this is your style of vehicle, you’ll find it hard to argue against a Ssangyong Musso. It’s good-looking, well-made and relatively cheap.

The shortish load tray may be one drawback, though a competitively longer one is understood to be on the way.

The lack of a prestigious name barely matters given this vehicle’s duty, price and capability. And Ssangyong has been around long enough to have established a decent reputation for strength and durability, even against the Toyotas of this world. 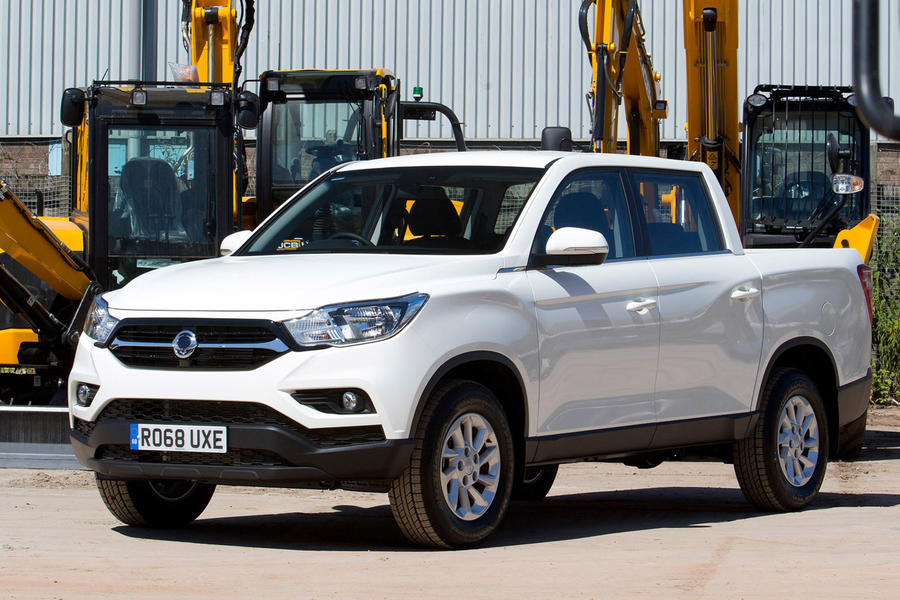 Does the job it set out to do and does it well. Plus its good value and has a great warranty. My only issue is the back end of the cab - it looks like a DIY pickup conversion. I think a darker colour might help hide that.

Just needs a Truckman top. Oh, and a petrol engine....

I love the refreshingly

I love the refreshingly honest spec of the model tested, and no silly touchscreen in sight. For me, this is how a pick-up should be, with none of the over embellished glitz of models such as the X-Class.