'Surprising Skoda’ was for a long time the Czech manufacturer’s alliterative strapline, but in all honesty ‘sensible Skoda’ would have been more fitting. And that’s not meant as damning with faint praise because, over the decades, Skoda has carved an enviable and profitable niche delivering cars such as the Skoda Fabia that appeal to the head over the heart, serving up greater space, more thoughtful touches and unrivalled value for money next to the competition.

It’s clearly a winning formula that Skoda  doesn’t intend to deviate from with this fourth-generation Skoda Fabia, which, with 4.5 million sales and counting, is Skoda’s second-most successful model after its Skoda Octavia.

We’ve already had a brief taster of the new Skoda Fabia supermini (now Skoda’s smallest offering, after the lamentable demise of the Skoda Citigo) in Poland, and now it’s time to subject it to more challenging UK roads. But first a quick recap.

All new from the wheels up, the Fabia sits on the MQB A0 platform, which also underpins the latest Audi A1 Sportback, Seat Ibiza and Volkswagen Polo. Not only is it stiffer and stronger than its predecessor, but it has also let Skoda make its baby even bigger, at just over four metres long and nearly 1.8 metres wide. In fact, with these dimensions, it’s arguable whether it’s even a supermini any more – something that’s further highlighted by a boot capacity that, at 380 litres, is five litres up on that of the Ford Focus.

Still, the Fabia looks smart enough in a slightly upright and unfussy way. There’s a hint of Vauxhall Corsa in its side profile, but in all other respects it’s clearly a careful evolution.

Our left-hooker was nominally in SE L trim but had the aerodynamic 17in alloy wheels (the Fabia’s drag coefficient is an impressive 0.28) in place of the standard 16in rims. 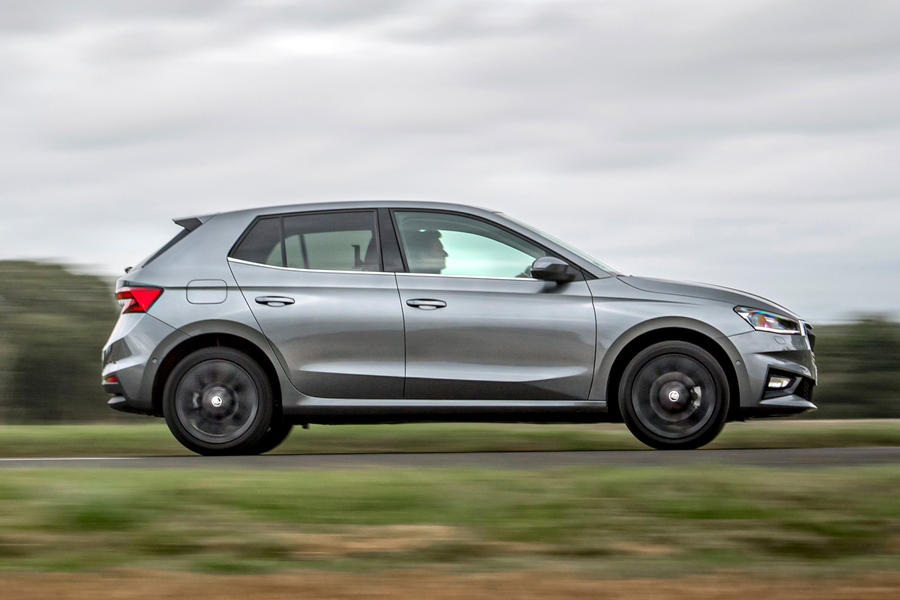 The biggest changes are reserved for the interior, which is not only roomier (tall adults won’t feel shortchanged in the rear) and packed with even more storage (the combined capacity of the various cubbies and compartments is an impressive 100 litres) but also feels as posh as some of its four-ring-bearing relations.

Material quality is high, while the design of the dashboard is classily understated, with its slick digital dials, handily sited and easy-to-use infotainment touchscreen and metal-finished switchgear. Other grown-up features include air vents for those in the back, several USB-C ports and a spot-on driving position. In this trim, there’s also a standard kit list as long as both your arms and quite a bit of your left leg.

This upper-class aura continues on the move, where it’s clear that Skoda has prioritised comfort and quietness, which is no bad thing. Rolling refinement is remarkably good, the suspension issuing only a muffled thump over the severest bumps, while road and wind roar are only noticeable at higher speeds.

It rides typically broken British asphalt well, the softish suspension keeping everything on an even keel with just the merest hint of relaxing float over bigger undulations. The upshot of this suppleness is some roll in corners, but the damping control is tight enough that the movement is always well controlled.

The steering is light and lifeless, but it’s quick and the Fabia clings on gamely, carving satisfyingly precise lines through bends, taking on a nicely balanced four-square stance. It can’t raise smiles and spirits like the Ford Fiesta, but it’s a polished performer that lets you cover ground at a serious lick when you need to.

If there’s a disappointment, it’s our car’s combination of a 109bhp turbocharged 1.0-litre triple and a seven-speed dual-clutch gearbox. When mooching it’s fine, the engine is nicely isolated and the DSG shuffles its ratios with syrupy smoothness. Yet it has also clearly been WLTP-trained to hold onto the highest gear possible for the longest time feasible, which combines with the TSI’s low-rev torpor (peak torque comes 400rpm later than in the 94bhp car) for sluggish response.

Sport driving mode sharpens things up a little, and once you wind it up, the TSI goes reasonably hard. But around town, it lacks the vim and vigour that you would expect of a car that surely will spend more of its time within city limits than without. The six-speed manual is a better bet. 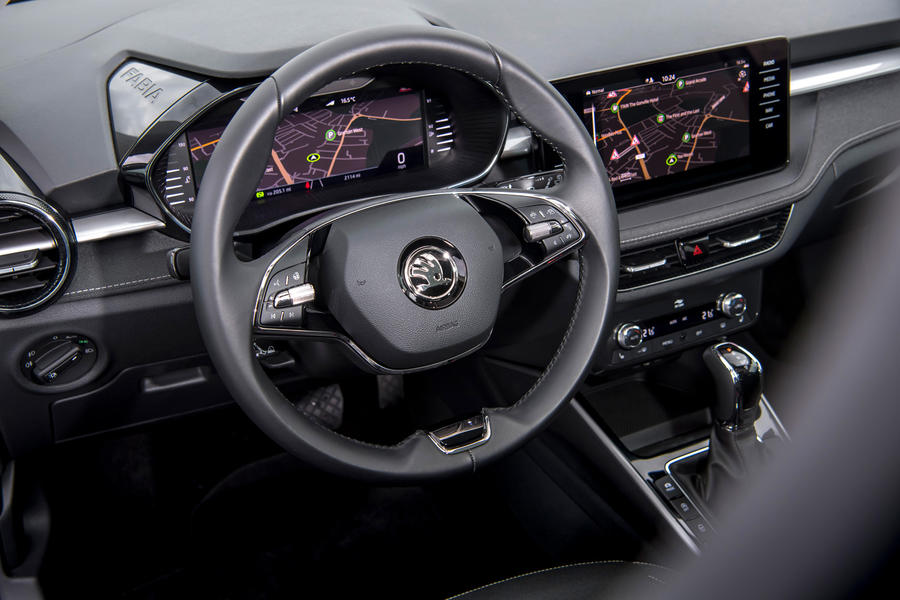 Yet there’s still much to recommend the Fabia, especially if you think of it not as a supermini but as a cut-price family car. It has space, comfort and refinement on its side, plus it handles with satisfying poise, while even at the £20,330 asked for this flagship SE L, it’s still decent value, especially compared with those larger rivals.

It’s a thoroughly sensible choice, then, and we mean that in the best possible way. 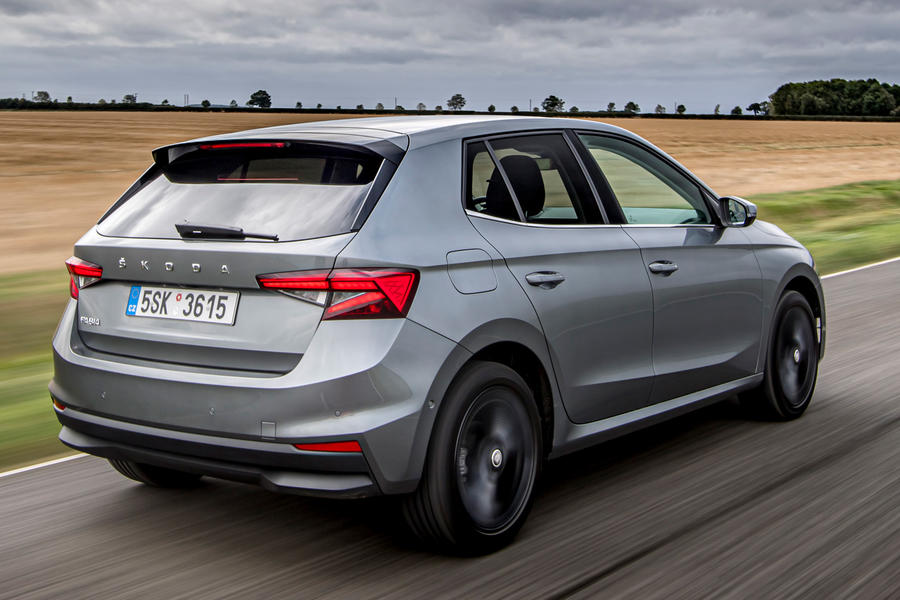 Thank you for such information.

The "From..." prices quoted at the top of Autocar items hasn't been fixed then :D

Who'd have thought that someone could write that a supermini costing just over £20,000 was good value; but with that being the high spec version, and other superminis like the Toyota Yaris starting at £20,000 and being cramped inside whilst the Fabia could be regarded as a small family car, maybe it is good value.

Not to customers of course, but when compared to the extortionate prices of the competition.

Its a shame they had to make it bigger ..