Roewe is the China-only sibling brand of SAIC-owned MG. In fact, the UK’s new MG 5 SW EV is a rebadged Roewe. The brand has had considerable success selling electric and plug-in hybrids to fleet users but SAIC is now looking to go more upmarket with an electric-only brand badged with just an R.

The car is based on the Roewe i6/ei6, which hit the market in 2017 but has been available in only petrol and PHEV forms so far. It shouldn’t be mistaken for a mid-life update because it is largely a completely new car. In fact, R claims it is based on a dedicated EV platform, but the wheelbase length and width of the ER6 are exactly the same as the i6's. 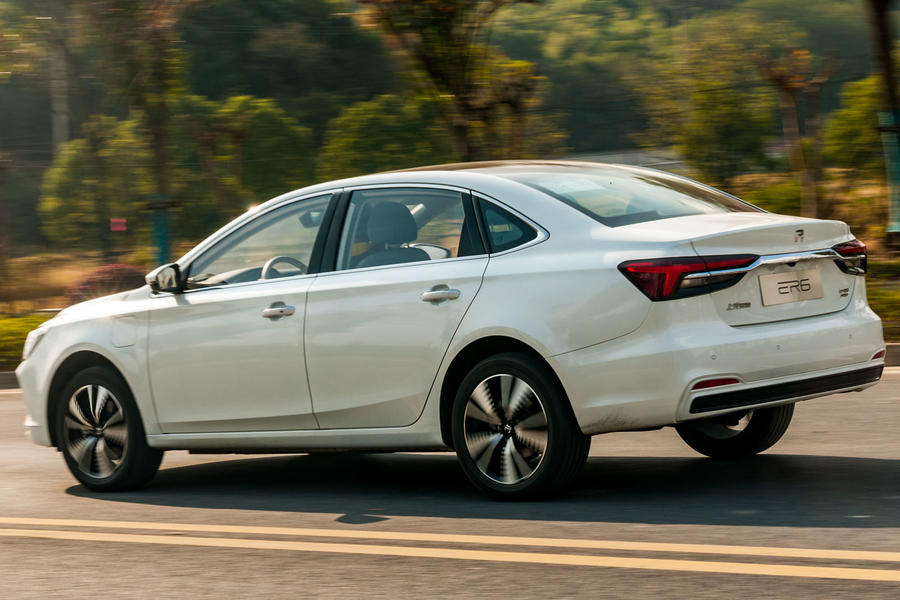 First of all, there is that minimalistic new R logo on the front, back and key fob, although, curiously, the steering wheel and speakers still say Roewe. Whereas the ei6 has been an inconspicuous fleet car, the ER6 cuts a much sharper profile, with its steeply raked bonnet. As this is a fully electric car, there is no traditional grille, although the front spoiler still gets some fake air inlets. The front-end design and some aerodynamic alloy wheels help to reduce the car’s drag coefficient to an impressive 0.24. From the side and rear, the design is largely a carry-over from the base vehicle.

Occupants get one of the best interiors to date from SAIC. It's a huge improvement over the i6's. Materials are of good perceived quality, with plenty of soft-touch plastics, and the grey, brushed silver and starry blue colour scheme is a definite break from the norm. There are also some nice detail touches, such as a strip light that illuminates on the roof when the vanity mirror cover is opened.

Rising out of the high centre console and dominating the dashboard is the 14.3in curved infotainment screen. This, along with voice activation, controls nearly every function, right down to the sunshade and air conditioning. The apps on the system are of limited use, though. One even tells you what car you are driving and its colour. While the functions are mostly touchscreen activated, there are a few buttons at the base of the screen, but navigability could be greatly improved.

The ER6’s most striking feature is the three square metres of glass making up the roof and the rear passengers get the full benefit of this as it slopes down to the boot. Head room is at a premium for anyone taller than six-foot as a result, and leg room is none too generous, either. Although the near-flat floor will be appreciated by the middle passenger, the lack of a headrest and the uncomfortable seating position makes that perch suitable for short journeys only. Boot space is sufficient to accommodate large cases.

This is an electric car very much optimised for range rather than performance. Even though the acceleration figures will put those of most combustion-engined saloons to shame, this is no Tesla. The three driving modes – Eco, Comfort and Sport – have an easily discernible difference. Push the ER6 hard, though, even in Sport, and you leave it scrabbling for traction. Like most Chinese cars, the suspension set-up gravitates towards comfort.

There are three levels of energy recovery, with the highest KERS allowing almost one-pedal driving. Regenerative braking settings are independent of the drive mode, too, unlike in many other EVs. Our mid-level-trim test car lacked the driver assist features, such as lane keeping assistance, of the range-topper.

Despite being electrically adjustable, the lowest setting on the driver’s seat is already relatively high, meaning taller drivers might be pushed to get a comfortable position. One interesting feature is an augmented reality function on the instrument panel, which shows a video of the road ahead along with information such as navigation cues. 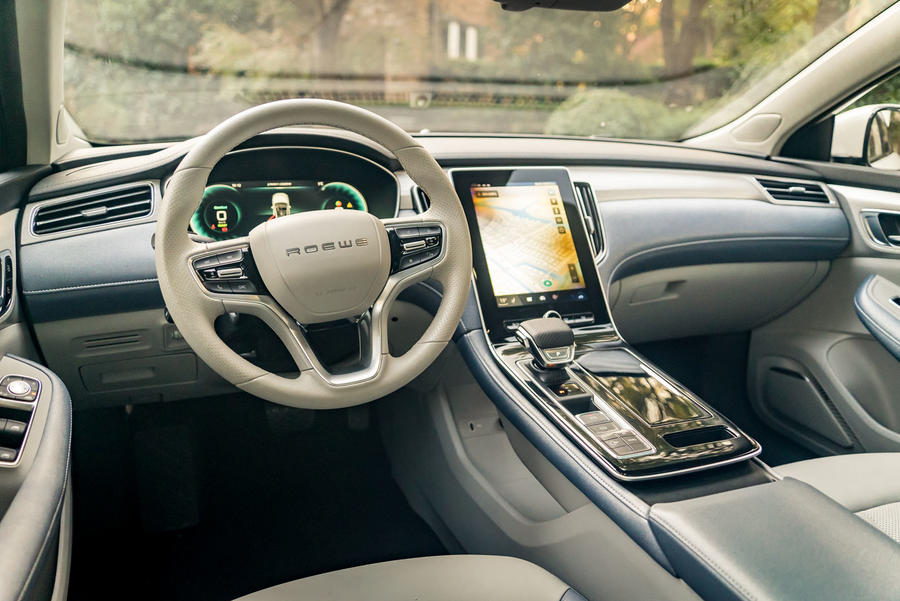 For now, the ER6 is available in China only. However, the MG 6 is also based on the i6, and with MG now using EVs for its assault on Europe and plans for sales of 100,000 by 2025, it is not a stretch to believe this car will make it to the UK.

Hopefully when it does, some kinks such as the functions and usability of the infotainment system will be ironed out, making the car an enticing value proposition. Other than the Tesla Model 3 in Europe, there are currently few electric saloon competitors and none as affordable. 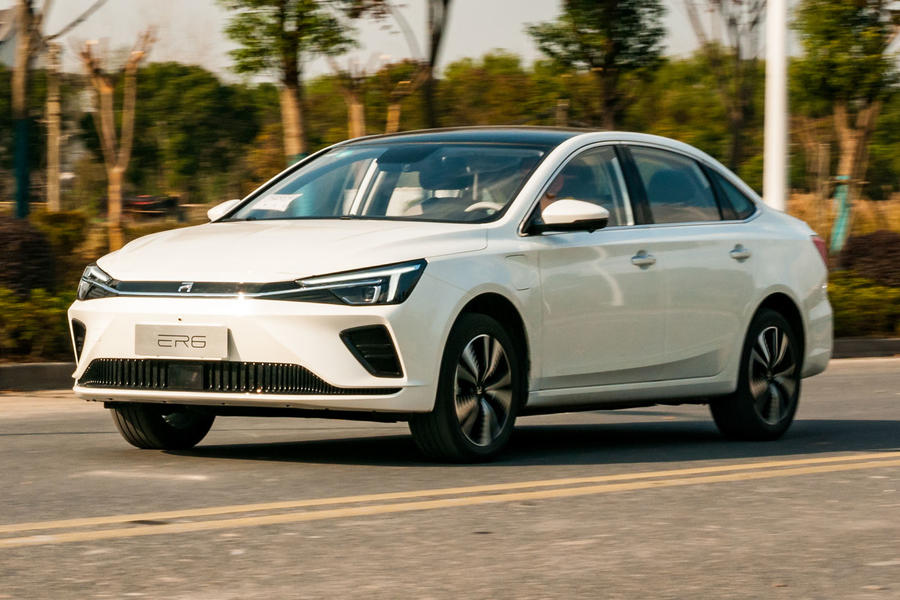 Looks good, great interior, bound to have at least a 214mile range... sell this in the UK at a keen price and you're on to a winner.

si73 10 December 2020
MG variant, hope so. Only this time, unlike the 5 estate, give it the MG identity rather than popping an MG badge on the Roewe, as the 5 doesn't have any modern MG styling cues. Personally I think this looks really good both inside and out and if it does come here it deserves to do well.
Gerhard 10 December 2020

Why does an EV car need to look particularly striking (and divisive in appeal) when what matters is the tech underneath?? Families need good-value EVs that don't need look like something from a dystopian sci-fi movie and more like their Focus or Passat estate cars... Range and price are key, not odd styling.

R ER6...... the only vehicle with a model name as anodine as its appeal!

Coming from someone with the name of 289 you have no room to talk.