From £21,2208
Share review
Modest power and range gains make for a more well-rounded EV that is no longer out of its depth when distance driving
Share
Open gallery
Close

On the continent, more Zoes were sold in January than any other EV, largely thanks to an interior and exterior overhaul that also saw the introduction of a new, more potent powertrain and higher capacity battery.

That car has now touched down in the UK, with a 52kWh battery good enough for a WLTP-certified 238 miles of range. That’s a 30% increase over the old car, which Renault expects to have a big impact on customers weighing up whether to make their next car an electric one.

It also bodes well against the upcoming tidal wave of affordable EVs including the Honda E, Mini Electric, Peugeot e-208 and Vauxhall Corsa-e, of which only the PSA models can claim to go further on a single charge, even if real-world driving will see that figure nudge under 200 miles in the summer months, and closer to 160 in the winter.

Renault is also sweetening the deal with a 7kW wallbox included with the price of the car, for anyone making the switch to electric for the first time, although 50kW DC rapid charging is an optional extra. 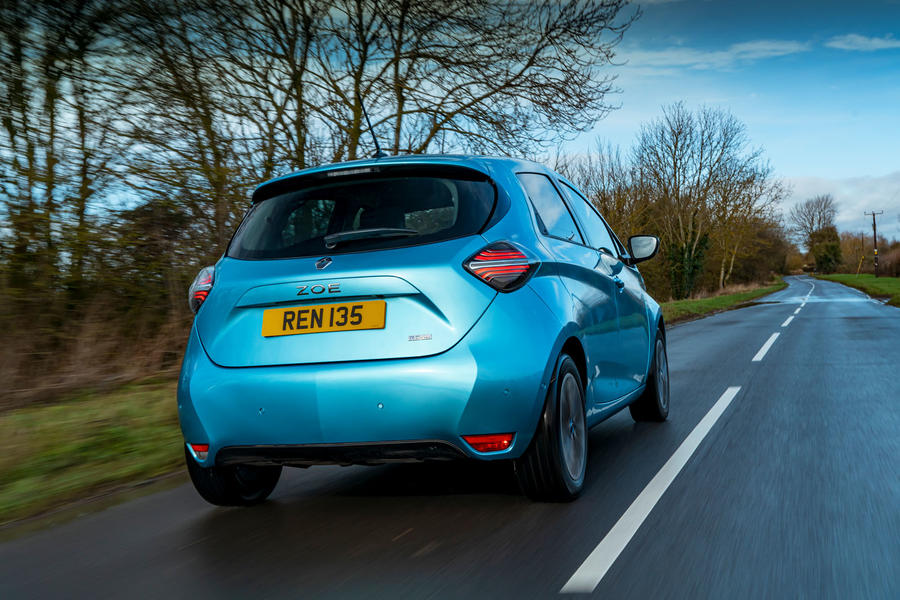 This new Zoe feels much more at ease on a greater proportion of Britain’s roads than the old model. The 132bhp delivered to the front wheels is a healthy increase over the old 106bhp R110 motor (which has now been relegated to entry-level status) and strips nearly two seconds from the 0-62mph sprint. That puts off-the-line pace in check with other affordable EVs, though both the Vauxhall Corsa-e and the larger MG ZS EV reach our national speed limit a second quicker. It also improves acceleration between 50 and 70 to a similar degree, which makes a big difference to motorway driving.

Drive modes are now split between D and B using a strangely mechanical gear selector, which feels at odds with the smooth, silent powertrain. The latter mode provides just enough regenerative braking for one-pedal driving. It’s far smoother than an MG ZS EV or Kia e-Niro at maximum regen, though there’s no option to dial the intensity up or down.

Sci-fi whooshing noises that accompany you up to 20mph are certain to be one of those marmite moments for electric car converts, and Renault’s are particularly noticeable. It certainly puts some drama into shorter trips, but if you aren’t a fan the button to disable them is within easy reach.

The new car rides just like the old Zoe, so while relaxed enough at city speeds, it can still be somewhat brittle over motorway expansion joints, and deteriorated B-roads do unsettle things. The quick and light steering is more adept at low-speed manoeuvres, providing little feedback when hustled. A Clio is still the more dynamic drive, and both fall short of the Ford Fiesta.

The cabin is a real step up over the outgoing Zoe, borrowing heavily from the recently-updated Clio. Hard interior plastics have been swapped for soft-touch ones, the climate controls get chunky physical dials instead of being relegated to a touchscreen, and the digital instrument cluster is far more detailed than any immediate rivals’. Stereo controls are still relegated to a stubby steering wheel stalk, though.

Renault’s 9in portrait touchscreen might have basic graphics, but the interface is easy to operate and is rather feature-packed, with custom widgets for altering the main menu and putting regularly-used settings just a tap away. Android Auto and Apple CarPlay are also welcome additions, as was the wireless charging pad found on our top-spec test car. GT-Line models get synthetic leather and interior panels made from recycled plastic that elevate the cabin’s perceived quality.

Unfortunately the Zoe doesn’t share the new Clio’s revised seating position, meaning you’re left perched rather high behind the wheel, but better soundproofing and higher quality materials make it a much nicer place to be than the old car. There’s plenty of room in the back for children, though taller adults will find things a little cramped in both the head and leg departments. 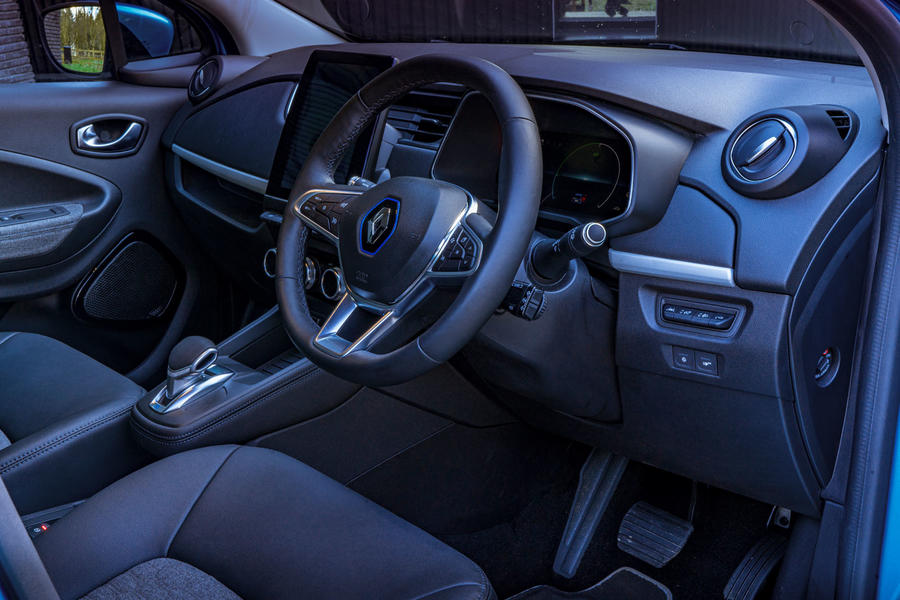 Given the Zoe’s continued popularity, it seems likely that many customers will. It remains most adept at shorter journeys, but the new Zoe is far more willing to escape the city than the old one ever was.

However, there’s never been more choice when it comes to electric superminis. The Honda e has a much more tech-focused interior, though has a much shorter range, while the Mini Electric promises greater performance. Given the price difference isn’t significant, some may feel the Zoe’s interior improvements haven’t gone far enough to push it towards the top of their test drive lists. 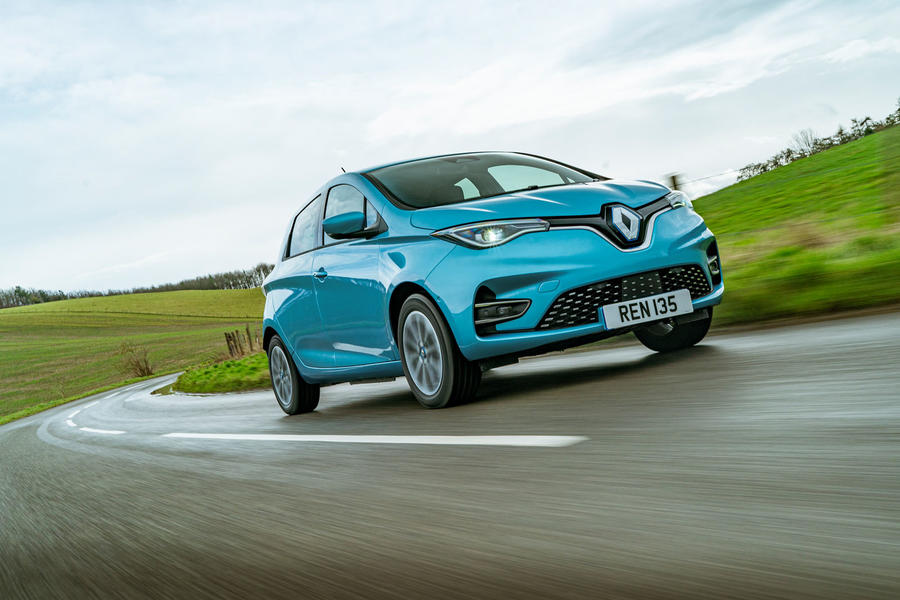 I know it's just trolling

But it's still so bizarre.

Which ones are girly?

If you are a real man, you can drive around in a Micra CC

25 March 2020
Is the price from at the top of the page for the lower spec new car or for the model with the older less powerful R110 motor?

As a whole this car seems a big improvement but do you get the bigger battery and other changes with the lower powered motor? As if so the £21k price is very good for the range and improved quality and usability, I like how the heating controls are separate from the touch screen.