From £15,7358
Share review
Second generation of one of Europe's favourite compact crossovers arrives on British roads in modest spec, but doesn't suffer for it
Open gallery
Close

Renault has done well out of the modern love affair with the compact crossover hatchback. It got in on the scene early, in 2013, with the original Captur, and has made plenty of hay since.

Would you believe that the car outsold the Nissan Juke across Europe by almost 5-to-1 last year? It has been the continent’s top-selling car of the breed for several years, proving that smart looks and good value are more than half the battle where commercial success in this class is concerned.

The new version has just landed in the UK. Echoing the theme of its lower-rise supermini sibling the Clio, it’s a slightly larger and classier reinterpretation of what went before on an all-new platform and with new engines. Even so, Renault’s now-familiar blend of curvaceous good looks with straightforwardly labelled value-for-money will, I suspect, continue to be its chief lures. 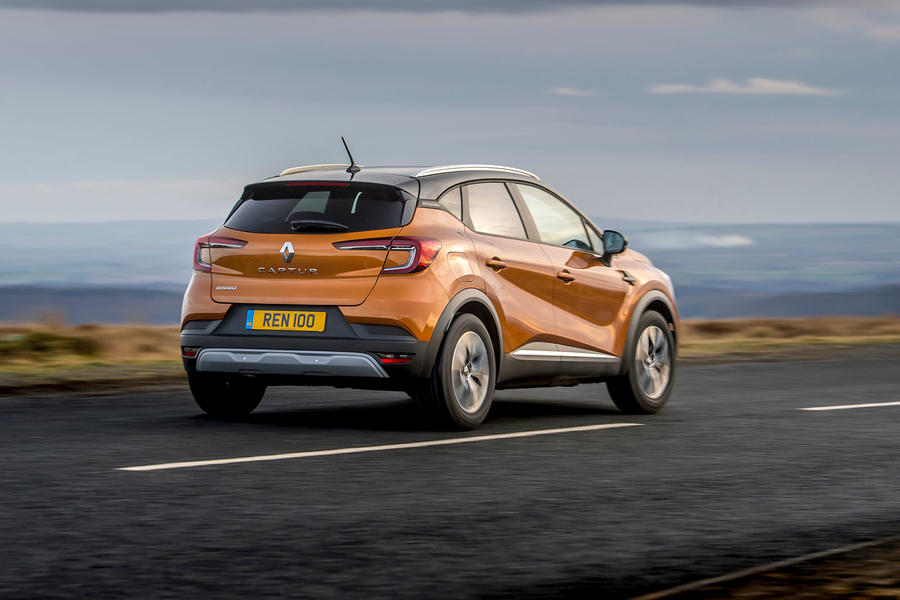 Having grown by 110mm in overall length, the car now offers very respectable second-row occupant space, which only taller adults will probe the limits of (and more likely to headroom than leg- or knee-). The car retains a useful sliding rear bench seat, and with it moved forwards boot space swells to a very roomy 536 litres. There’s a split-level boot floor also.

Much of the cabin architecture and componentry is shared with the new Clio, but that need be no criticism. You have to climb all the way to the uppermost of Renault’s three-tier trim level range to experience the interior at its plushest, where soft-touch mouldings cover parts of the centre console and the upper doors as well as the upper dash; and if you do, by the way, the Captur is a match on perceived quality for almost anything in the class. Even in mid-level ‘Iconic’ trim, as we spent the longest testing it, the cockpit looks and feels quite tactile and consistently classy, with flashes of ambience-enlivening colour to be had if you want them.

Onboard technology should be more of a strong suit than it ever was before for this Captur. Fully-loaded cars will combine a 9.3in portrait-oriented central touchscreen infotainment system with a 10in fully digital instrumentation screen, the latter conveying navigation instructions and more (although, since it doesn’t arrive in the UK until later this year, we haven’t tested it yet). They will also come with all of the driver assistance systems that Renault can muster, among them autonomous emergency braking and lane keeping assist systems, and adaptive cruise control and parking assist systems also, not to mention a ‘level two autonomous’ traffic jam assistance system which effectively guides and drives the car for you in heavy congestion.

Plenty of choice on engines means you’re more likely to find a motor to suit your particular needs here than with certain rival crossovers. There are two diesel and three petrol options from launch, with a top-of-the-range plug-in hybrid option to be branded ‘E-Tech’ being added later this year.

Having tested the mid-range 1.3-litre ‘TCE 130’ in Europe last year, we opted to try the entry-level 1.0-litre TCE 100 turbo triple petrol on UK roads. It’s a pleasant and willing enough engine with creditable refinement and drivability; considering it’s the cheapest option in the range, that’s not to be sniffed at.

A decently gutsy, boosty-feeling delivery of mid-range torque provides good usable performance through the lower gears, even if, at times, the longish higher intermediate ratios of the car’s five-speed manual gearbox do make it seem a bit sluggish.

The shift quality of that gearbox is nothing special, and neither is the Captur’s ride – the latter feeling slightly wooden and over-firm around town. An ideally paced and intuitive-feeling steering system does make the car easy and fairly enjoyable to thread along at cross-country pace, however – although the likable long-wave fluency of the old car’s high-speed ride seems, rather regrettably, to have been disposed of. 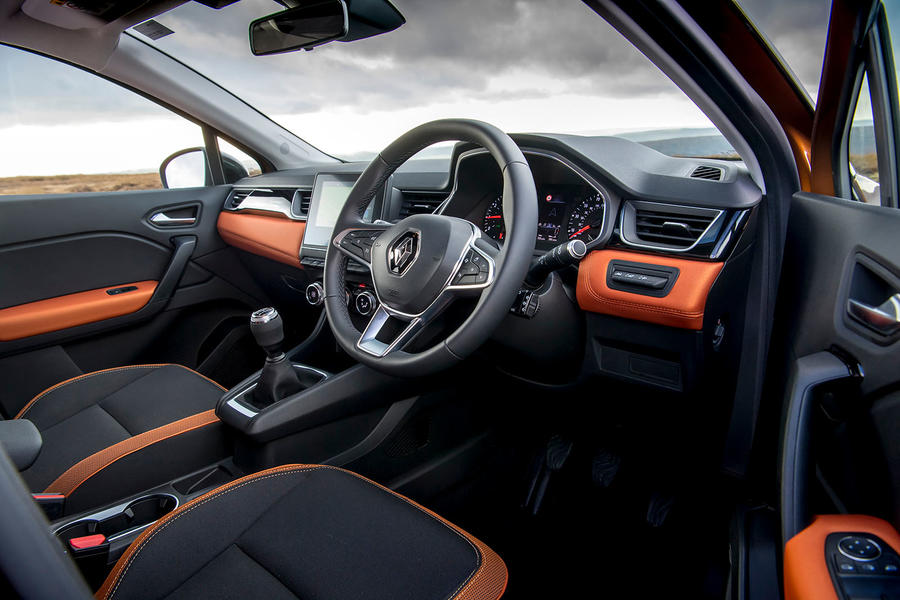 While you can clearly add power and performance to the car at greater cost, then, or even a twin-clutch gearbox or a plug-in hybrid powertrain if you want to, it’s encouraging to discover that you can keep your Captur simple and cheap – and you won’t end up with a second-rate drive; and that’s not a quality that every rival offers. The TCE 100 motor isn’t in over its head in powering this car by any means, even though it’s not a car that keener drivers should probably seek out.

In a wider sense, meanwhile, the Captur may not quite be the biggest crossover, the comfiest or the best-handling, but it’s actually no longer far adrift of the best of its opponents any which way you care to judge it. The particular blend of dynamic competence, interior quality and versatility, design appeal and value ought it does offer ought to continue to serve it rather well. 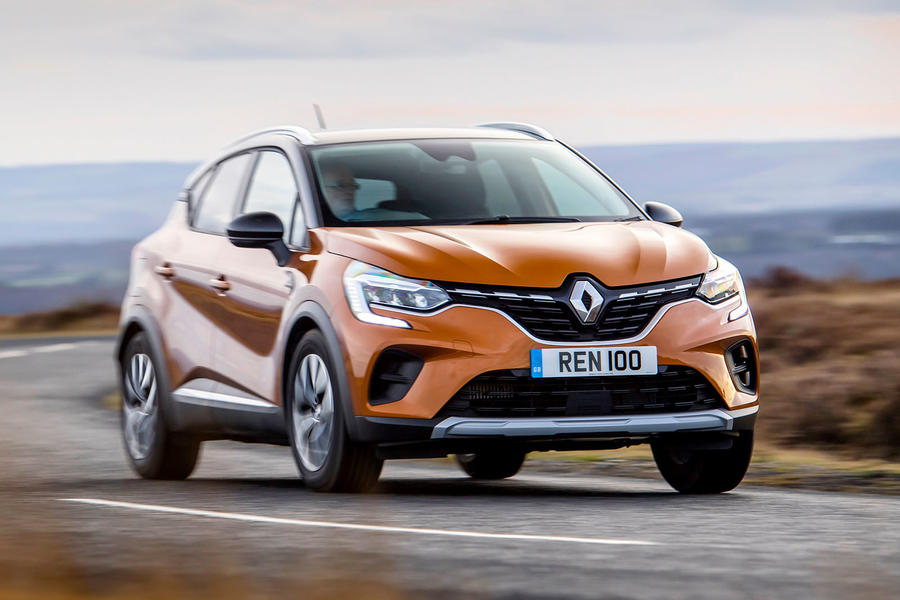 for Renault. Could very well be the best allrounder of its segment. But the 2008 II will give it a run for its money.

TrustedMedsWorld - The Online Medicine Store the world trusts! Yes, when it comes to buying all kinds of Generic medicines and healthcare products, people from every corner of the world put their trust and faith in us – and they have been doing so since many years now.

One of the primary reasons why people have total faith and trust in us, for buying their medicines and healthcare products from us, is because we are not just an ordinary online pharmacy – we take pride because we are much more than that!

I thought that one of the

I thought that one of the reasons people love SUVs so much was the longer travel suspension, which gives superior ride and ability to deal with speed bumps in urban environments. But both this and its cousin the new Juke are being criticised for harder rides than the previous model. Still, I'm sure this type of vehicle has lots of other advantages over 'normal' hatchbacks.