Porsche never knowingly lets a chance for a special edition pass it by, although this latest 25th-anniversary version of the Porsche Boxster carries with it plenty of extra special significance.

Its inspiration is taken from the original Boxster concept car of 1993 – a car credited with beginning the turnaround of the company that has become the dominant sports car (and SUV maker) of today.

The Boxster production car then went on sale in 1996, in case you thought Porsche had misplaced its abacus and was three years late getting this special out to mark the quarter-century of its baby mid-engined roadster.

This is a special edition based on the five-star 718 Boxster GTS 4.0, which is a fine place to start. So fine in fact that the changes to this model, limited to 1250 units globally, are solely cosmetic - not that that does anything to dent the appeal of what is a really nicely specified model.

Those changes include the gorgeous 20in alloy wheels finished in that same Neodyme copper colour as the original '93 concept – a trim colour that's also used for the side intakes, badges and front apron.

The three colour choices are a similar shade of silver to that show car (the one seen here, and what we would pick), black or white. The roof is either red (go for this for the full 1993 authenticity, too) or black and embossed with the Boxster 25 logo. There’s no 718 tag anywhere on the car, either.

Inside, more inspiration from the '93 show car comes in the form of red leather if you’ve gone for the full authenticity of a red roof, otherwise it's black. 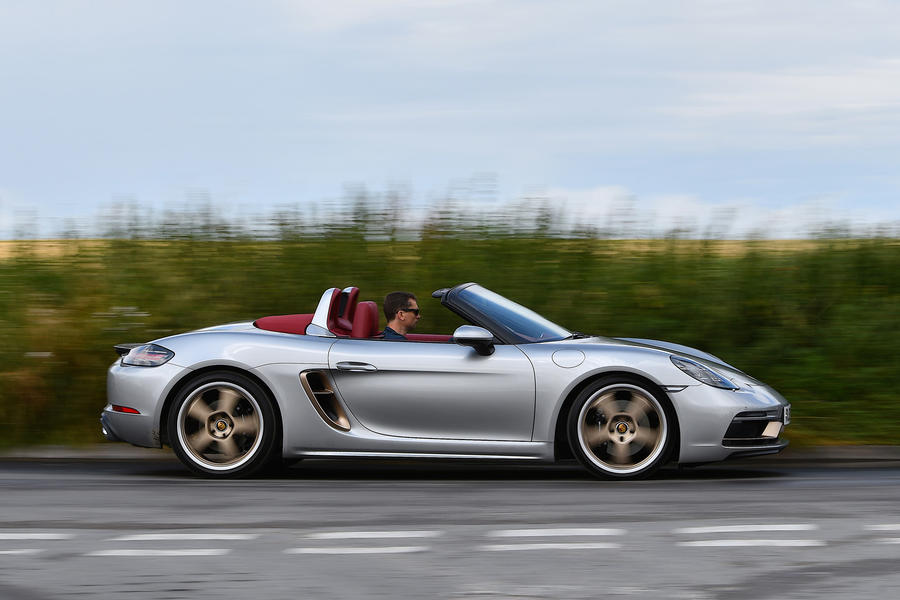 To drive, the Boxster 25 Years is all as good as we remember from the GTS 4.0, already arguably the greatest Boxster in the model's quarter-century.

At the heart of that wonderful drive is the 4.0-litre flat-six engine (naturally aspirated, remember), which urges you to rev it, pops and crackles and keeps you giggling.

Selecting the Sport driving mode improves already impressive throttle response and increases the howl from the sports exhaust at the same time.

Mated to the engine is a six-speed manual gearbox, which feels a bit of a novelty these days in something with this level of performance. But what a welcome addition it is. The throw is short and the clutch is heavy but precise, all of which amounts to a drive that you fully feel immersed in. A PDK gearbox is optional still for those who would prefer automatic shifts.

A great engine, then, and a great chassis to go with it. This is the kind of car that exhibits extraordinary balance and precision in engaging you at almost any speed on any road; it's all there, in making this one of the standout sports cars you can buy.

It’s not quite at Lotus levels of suppleness in the ride quality, yet that's to nitpick; this is a serious sports car, after all, yet never an intimidating one. It allows you to go looking for its limits while still remaining approachable and accessible. 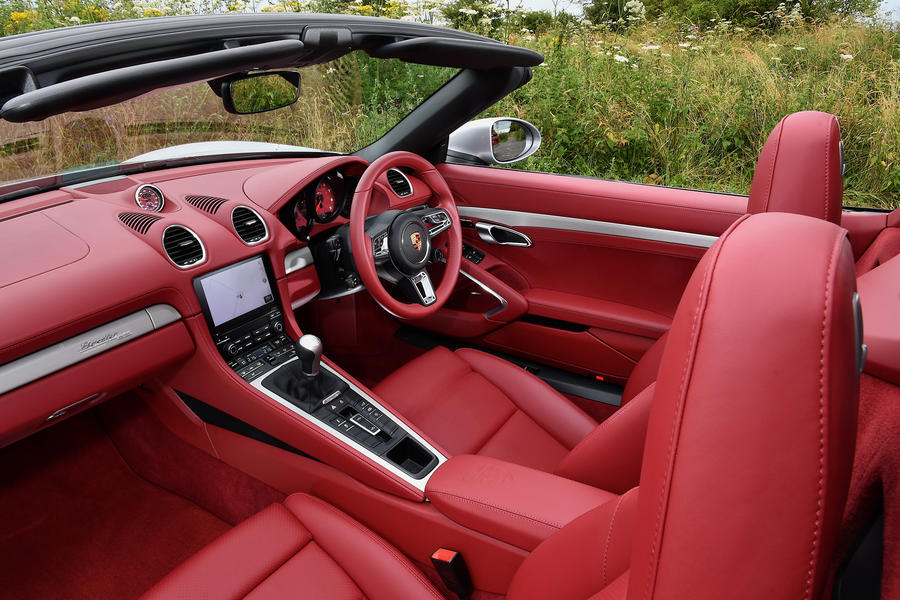 It’s a car seemingly without downsides, then. But there is a big one: it’s effectively already sold out, as both collectors and prospective GTS 4.0 buyers have seen the appeal of not only the 25 Years' bespoke features but also all the extra equipment included (the likes of electrically adjustable seats, more leather and aluminium trim inside, dynamic LED lights and plenty more) over the GTS 4.0.

Porsche does this kind of limited-edition model really well, and it has executed another very special-looking and seriously desirable car in the Boxster 25 Years. It's a fitting anniversary celebration for the Boxster, then, and we will keep our eye in to hunt in the classifieds for another chance to buy one. 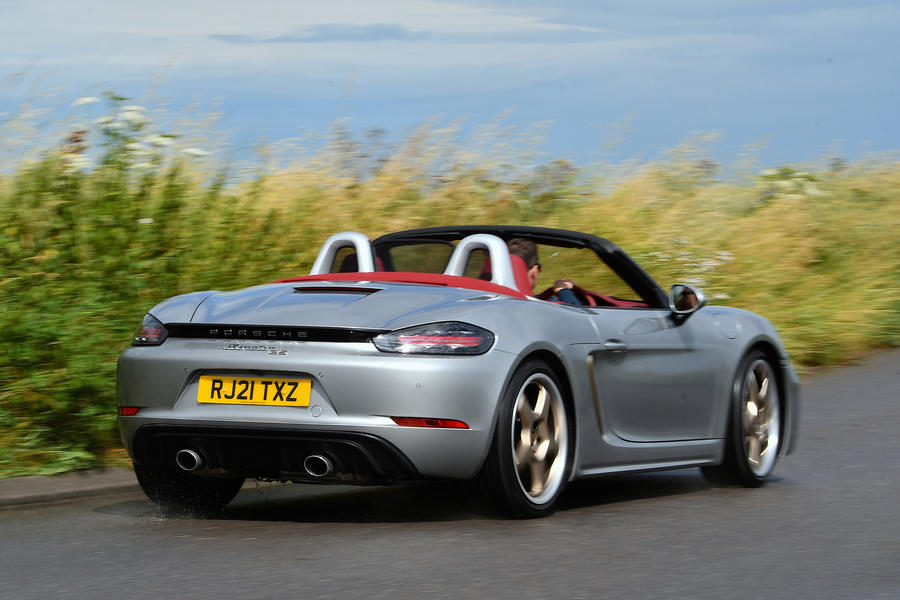 Good lord, that red upholtery made me recoil from the computer screen!  Bit bold, dark with plenty alcantara more to my taste.

What a lovely car that Porsche have kept current - the gold bits on this version look rather chav-Essex, but still a great car....