From £39,9008
Share review
No Polestar 2 is cheaper than this one, but do the savings stack up?
Open gallery
Close

It’s a simple proposition for this car – the cheapest way into Polestar ownership. Step forward the 2 Standard Range Single Motor model. Not for Polestar some overly complicated nomenclature: to borrow from a famous ad strapline, it does exactly what it says on the tin. It also allows Polestar an additional way to chop into cars like the Tesla Model 3 and Audi Q4 E-tron.

By launching this one, Polestar has taken the number of variants of the 2 to… er... three - this plus the Long Range Single Motor and the Long Range Dual Motor. The battery is still a floor-mounted set-up, but rather than the Dual Motor’s 78kWh, the Standard Range gets 64kWh, equating to a respectable 273 miles.

If range is your thing, the Long Range Single Motor offers up to 335 miles on a charge.

Still, with a 221bhp electric motor powering the front wheels, our test car is capable of 0-62mph in an okay 7.4sec, aided in no small part by the diet this version has been on. It’s a handy 173kg lighter than the Dual Motor.

Exterior differences are minimal, save for the small letters on the sill by the door. So that means you still get one of the most handsome electric cars on the market, with a minimalist interior to boot. Polestar’s ‘vegan as standard’ philosophy carries on here, although the cloth seats (‘embossed textile upholstery’ in marketing speak) have been given a new design and there’s new 3D-etched panelling. Both look smart. 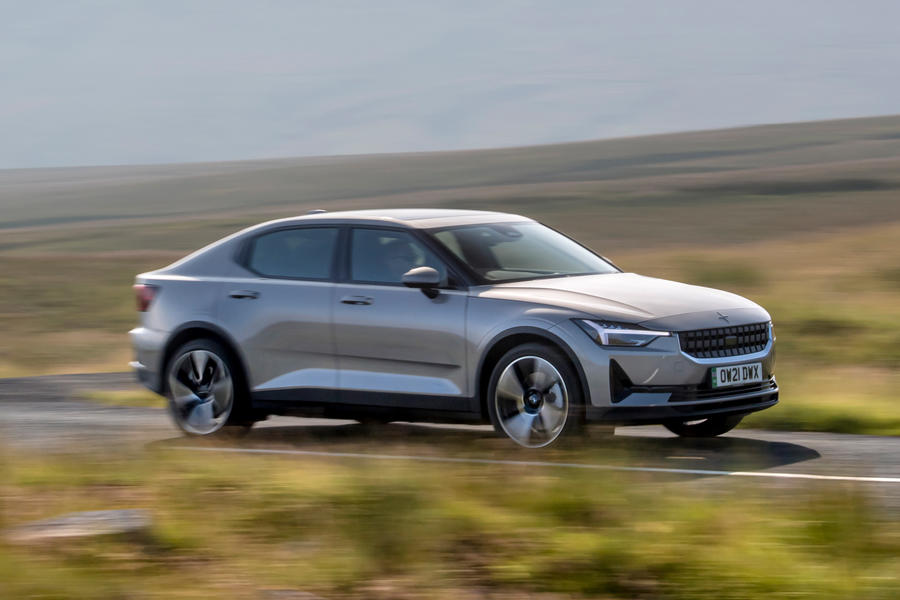 As you’d expect from a car that gives away 181bhp to its dual-motor sibling, the acceleration is adequate rather than whip-crack. But the torque doesn’t tail off, so it pulls well to motorway speeds and there’s enough twist on tap that overtaking on back roads is easy. Truth be told, you don’t need much more.

The switch to a front-wheel-drive set-up is more noticeable. Under full-throttle acceleration, there’s more than a hint of torque steer, as the nose follows the camber. It’s not a tyre-scrabbler, but you certainly have to concentrate.

On ‘normal’ dampers (as opposed to the dual’s optional Performance Pack Öhlins set-up) and 19in wheels, the ride is softer but still not the last word in comfort. It rounds off the edges of bumps well, but the control that the Öhlins dampers give is missing. 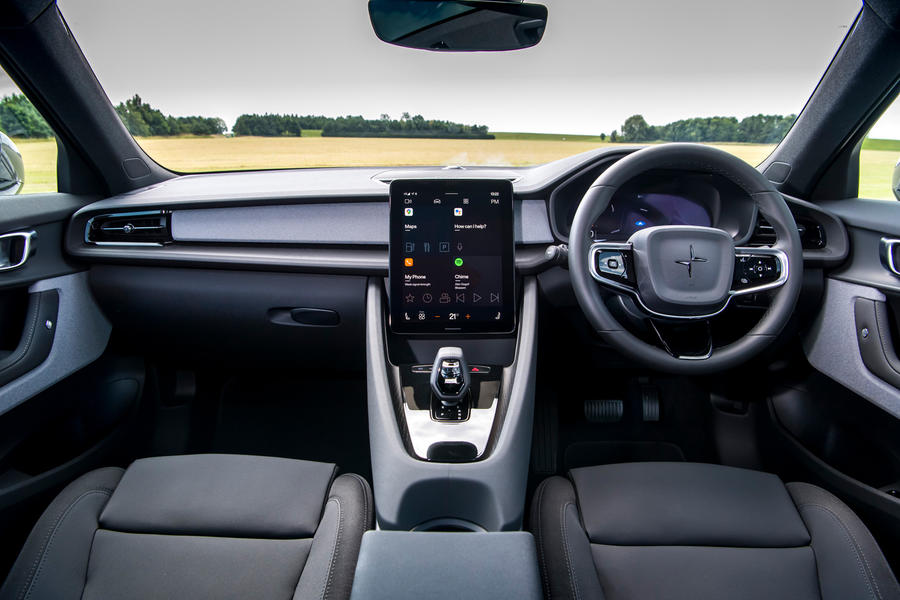 It’s an interesting addition to the Polestar 2 range. At £39,900, it offers a £3k saving over the Long Range Single Motor, a healthy chunk. Unless range is the hill you’ll die on, this standard car is worth a look. 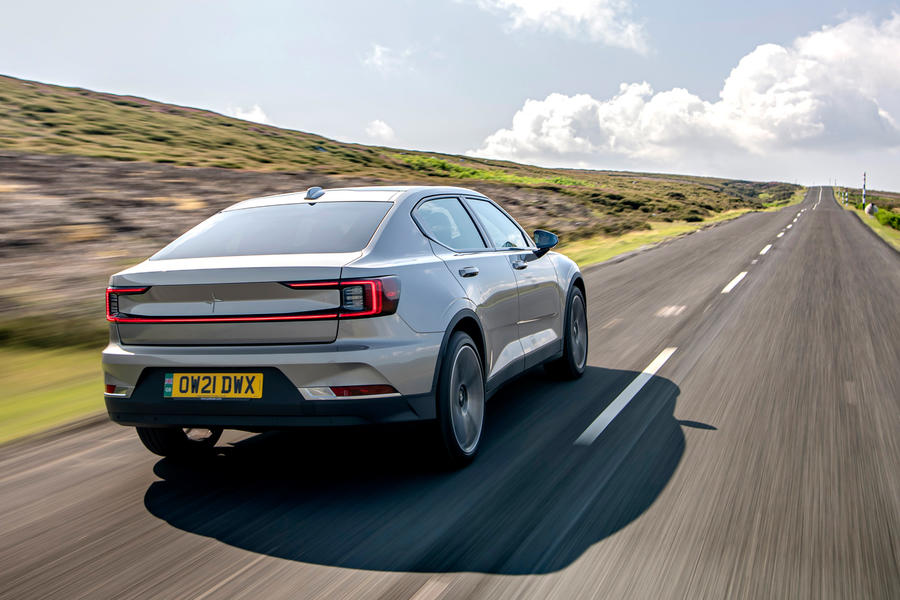 @Cob, and they can do that, all prewarmed up and defrosted, does your car do that

Cobnapint 11 August 2021
@Stockholm - because that's what the naysayers are going to be expected to do in their EVs.
Stockholm Calling 10 August 2021

Why is it that EV naysayers only ever seem to venture out on freezing cold winter mornings on the motorway with the heater and radio full on?!