From £39,9008
Luxury electric hatchback loses its special suspension – and £5000 from its asking price
Open gallery
Close

This is the Polestar 2 without the optional Performance Pack fitted to every example of this slick and very quick electric notchback that we've tried until now.

Let’s go straight in and first talk about what you don’t get, should you forgo the package. (If you’re unfamiliar with the Polestar 2 in general, you can catch up by reading our experiences driving a prototype in Sweden, our first taste of the car on British roads or a head-to-head with its closest rival, the Tesla Model 3.)

Most noticeably, you don’t get the supercar-spec 20in forged wheels with gold valve caps, the gold Brembo brake calipers or the sizable drilled discs they grip. And no doubt, without these, you also lose an appreciable portion of the 2's concepty visual clout.

Neither do you get the high-gloss black roof panel, nor the gold seatbelts, although interestingly the lovely panoramic roof is standard. This is just as well, because I suspect the cabin would feel a little too cosy without the skylight, as Polestar surely knows.

Most of all, by choosing not to have the Performance Pack, you go without the vaunted Öhlins dual-flow valve dampers, which are manually adjustable and paired with stiffer anti-roll bars and unique spring rates.

Öhlins, if you don't already know, is the Swedish brand whose expensive kit is frequently found on racing cars and supercars such as the Lamborghini Aventador, although it has also recently announced remote-reservoir dampers for intrepid Suzuki Jimny owners. In short, the Performance Pack dampers are anything but ordinary.

As for what you gain for resisting all that bling, there's a slight increase in ground clearance and therefore ride height, because the standard passive suspension uses longer springs than the Performance Pack suspension. You also get the standard 19in wheels, which aren’t so attractive but do wear tyres that are more generous of sidewall, which ought to improve the finer elements of the ride quality. 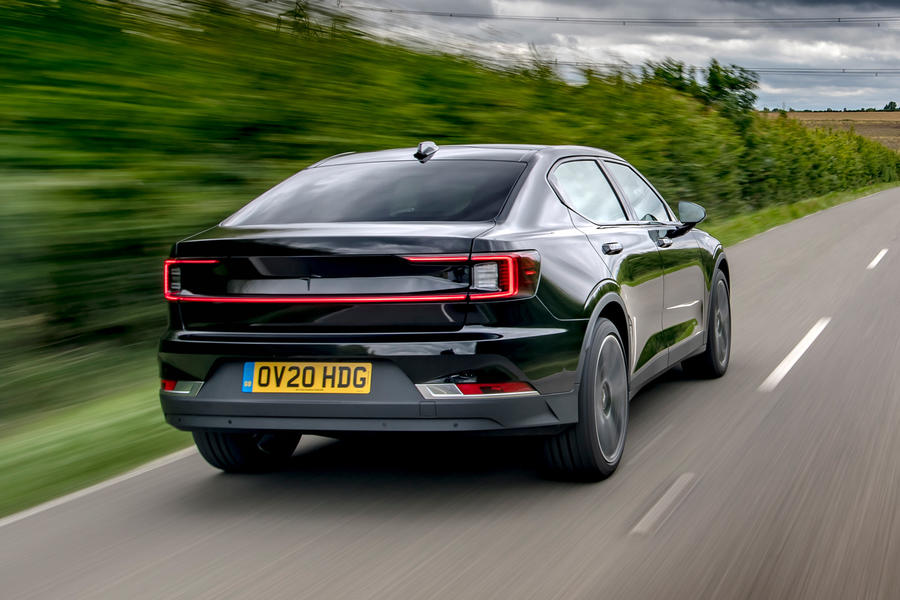 Not only will you save yourself £5000 but also you won’t actually sacrifice any of the 2's really good bits. The turn of pace, the interior ambience, the driving range; the general sense of wellbeing.

Both variants get the same 78kWh battery and 292 miles of WLTP range and the same Valeo-Siemens electric motors – one for each axle, making more than 400bhp in total. Drivability is equally good. It’s all very easygoing, although push through initially quite hesitant throttle response and the 2 is uncomfortably quick. Floor it and this car would initially out-drag a BMW M4 or Porsche 911 Turbo S.

Despite the lesser braking package, the non-Performance car is also similarly soft in terms of pedal feel and requires an assertive jab for the pads to really start biting. In the days of massively over-assisted brake pedals, this is actually quite nice, but it does take some getting used to.

As for interior, gold seatbelts notwithstanding, the two cars are entirely the same and, depending on your trim choices, there really are some lovely finishes available. The wood in this example imparts an especially warm atmosphere.

Now, the differences. You could argue that losing the lightweight 20in wheels and firmer Öhlins suspension drains away some steering feel, but there’s so little true feel either way that this is barely worth mentioning. The steering is accurate and sensibly geared, and that's it.

The big change is found in the character of the ride. It probably isn’t too simplistic to say that, for 90% of most people's day-to-day driving activities, the standard 2 is going to be the better option.

The Performance Pack dampers can deliver moments of magic, especially at speed, when they can cradle all 2048kg of the car's immense bulk so deftly that you would swear it were at least 300kg lighter.

Yet even before you consider the range-sapping implications of putting your foot down, this simply isn’t that kind of car. It’s not something that begs to be hustled, and the Öhlins dampers only really begin to deliver their unique brand of supreme cushioning and control once you really get going. Otherwise, there’s simply not enough load going through the hardware.

It means the Performance Pack merely enhances the 2’s occasional party piece, which is to move startlingly fast and with superb agility, but does so at the expense of everyday appeal. Even with the dampers set to their softest ‘click’ (which involves removing the rear wheel-arch liners), vertical suspension control is more reactive than necessary when you simply want to get from A to B and the low-speed ride conspicuously reactive unless the asphalt is conspicuously smooth.

The regular dampers (supplied by Tenneco, which owns Öhlins) permit more roll and won't ever amaze you, but they're more than adequate for the task of bringing the 2's mass to heel and have a softness that's better suited to British roads, while at the same time still feeling pretty sporty. 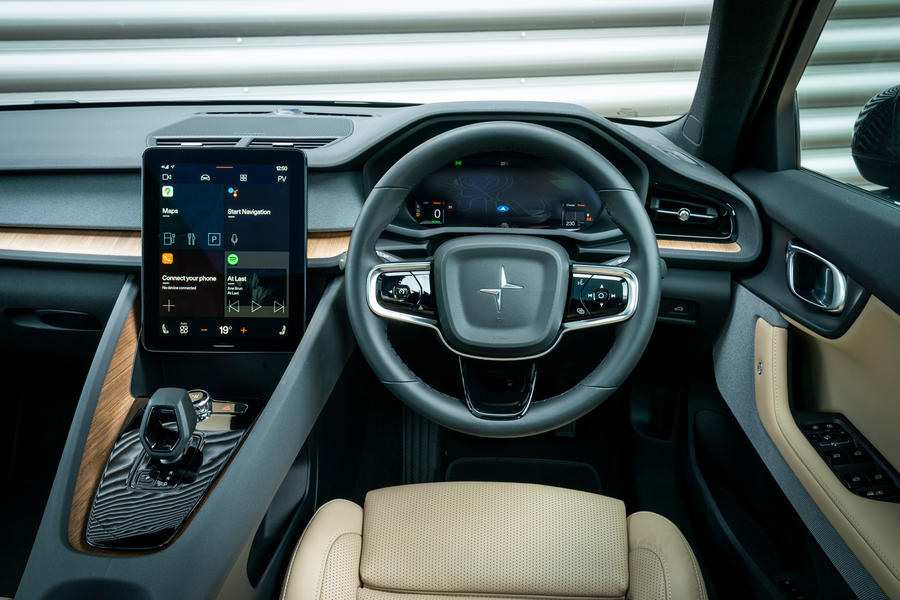 Yes – if you like Polestar’s style and have the money to spend, although you might also consider the Tesla Model 3, which benefits from the Supercharger network.

However, think very carefully about going for the Performance Pack. I know: you need the pack to get those magnificent wheels, but if you’re doing plenty of mainly sedate miles, you will probably thank yourself for passing up the Öhlins dampers. They’re very good, but they knock the dynamic package slightly out of balance and, in all honesty, you’re unlikely ever to move them out of the softest setting. The 2 may have the spec-sheet numbers, but it's no sports car.

So, the real question is: just how badly so you want those forged wheels and gold calipers? 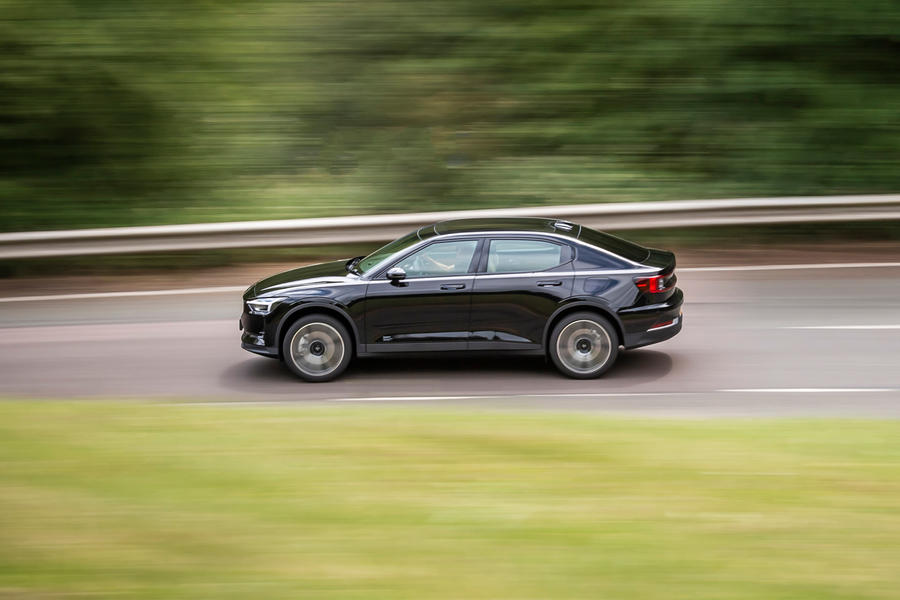 The main test report pointed out the mediocre ride quality, but strangley no mention of it in the conclusion!! I would've thought this would be an important aspect of a quiet, sedate EV.
Sporky McGuffin 28 October 2020

The main test report pointed out the mediocre ride quality, but strangley no mention of it in the conclusion!!

I own and drive this

I own and drive this wonderful car since September 9th. As a test car I drove a non Performance Pack with 20 inch alloys and Continental tyres.

The same as the onze object of this present testdrive.

Both my wife and myself judged the ride to be unacceptably hard in that configuration. You must know we drove an Audi A7 with air suspension as our daily driver.

The car we ordered would be equipped with 19 inch wheels and Michelin Primacy tyres and we hoped this would be a very different drive. We even considered to use our right to cancel the contract (which is allowed within 14 days after delivery).

Our hope became true through, the ride quality appeared to be very much better than the non PP with 20 inch.

Even on bad roads and potholes it is really OK., although no cushion ride.

On better roads the ride is frankly excellent. I mean nearly S-class quality. The A7 is no match. Of course the fact that there are no mechanical vibrations contributes to the refinement.

So spread the news : the 19 inch version really is the sweet spot of the range. And more silent too.

And I didn't notice any drawbacks : Steering is only a little softer, but still very stable and direct (not alot of feel, I agree) and body control remains very good.

Ultimately, its main competitors are old fashioned fossil cars. Tesla has its own tech market. The fossil industry is playing catch-up and it's not there yet. Maybe they'll catch in 3 to 5 years, but then Tesla will be somewhere else.

Why is it a shame that its

Why is it a shame that its made in China?

Why is it a shame that its made in China?

Read all the sentence and you will find out, clue is the tariff, which pumps the price up by several thousand pounds.

Its a shame the Tesla 3 isnt built in China, it might actually get built with a bit of quality, matching panel gaps and a decent paint job, everyone I have seen so far is like something produced in a 1970's BL factory.

You wrote to soon

Its a shame the Tesla 3 isnt built in China, it might actually get built with a bit of quality, matching panel gaps and a decent paint job, everyone I have seen so far is like something produced in a 1970's BL factory.

It is, as well as the states and will be build in Germany next year.  Quality emmm, 2 recalls for the polestar already, what were you saying about 70's build quality